For seven years in a row, Melbourne was voted the world’s most livable city. Explore and study in Melbourne: its charm, creative energy and welcoming atmosphere will captivate you.

Melbourne is the capital city of Victoria and Australia’s second largest city. It is renowned for its passion for food, creative arts, design, sports, and festivals.

It is also one of the world’s most diverse cities. It benefits from the influences of more than 230 different nationalities, and almost half of its residents were born overseas. The multicultural and welcoming atmosphere will help you feel at home.

Melbourne is also safe, well-designed and easy to get around on foot, by bike, or public transport. 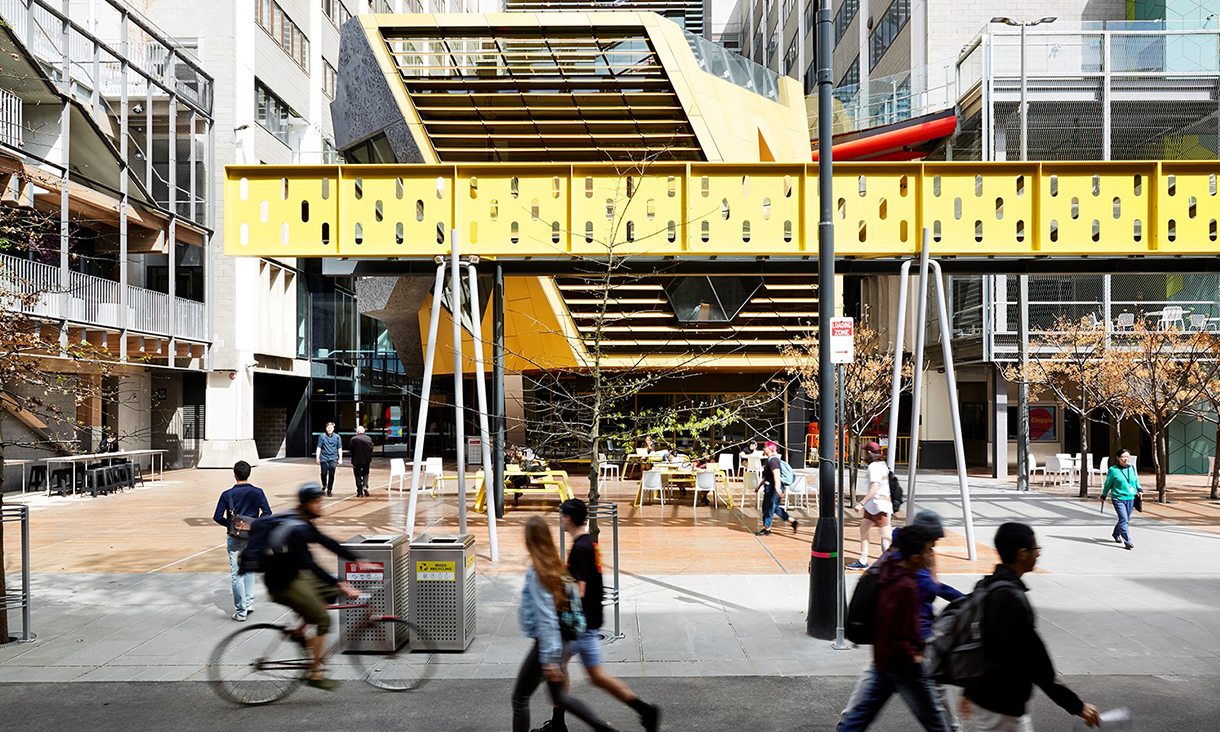 Melbourne is Australia's arts capital. There’s always something on!

The city is full of museums and galleries, featuring works from local artists and global icons. You can wander through laneways covered in street art, take a trip to the Heide Museum of Modern Art and its fabulous outdoor gallery, and marvel at award-winning sculptures at the Werribee Park Sculpture Walk.

Melbourne is also home to a lively entertainment scene. Year-round, you can take in major international theatre and musical performances, world-class symphonies, and premier ballet productions. You can also catch a showing of Hollywood blockbusters, small independent films, and global film festivals at any number of local cinemas.

Melbourne is proud to boast amusement parks, recreation precincts, zoos, parks and gardens. Discover the city on bike or foot, or venture out of town to visit wineries or go bushwalking.

If you’re in the mood for live music, you’re in luck: Melbourne is Australia’s largest hub of live venues, and has an active music community of local and international bands, performers and DJs, with something for everyone: genres including punk, indie rock, hip-hop, electronica, techno, jazz, blues and soul, and everything in between.

Check out City of Melbourne - What's on for endless ways to fill your days and nights.

There is much to see and explore beyond Melbourne in Victoria’s regional areas, like stunning landscapes, historic towns, and locally produced food and wine.

Popular places to visit include:

Melbourne offers endless choice for all budgets and tastes. You can find Chinatown, Little Italy and Greek, Spanish, Middle-Eastern, Vietnamese and Ethiopian quarters in the city and suburbs.

Melbourne is famous for its coffee and dining culture. There’s a cafe on just about every block, and Melbournians are passionate about Sunday brunch and delicious food. The city is a lively and unique maze of laneways culture and historic arcades, which house small cafes, elegant tearooms, old-style pubs, and rooftop bars.

You can find international supermarkets, specialty food stores, bustling cafes and vibrant bars in and around the city every night of the week. You can also join in on food festivals throughout the year, including the Melbourne Food and Wine Festival, Taste of Melbourne, and food truck festivals than span the city.

Check out The Age Cheap Eats, Broadsheet and Visit Melbourne for ideas on where to go.

You can enjoy an array of markets in the city and nearby suburbs. The Queen Victoria Market in the city, the South Melbourne Market just a few tram stops away, and Preston Market near the Bundoora campus have low priced fresh fruit, vegetables, meat and seafood available, as well as arts, crafts and products created by local talent. 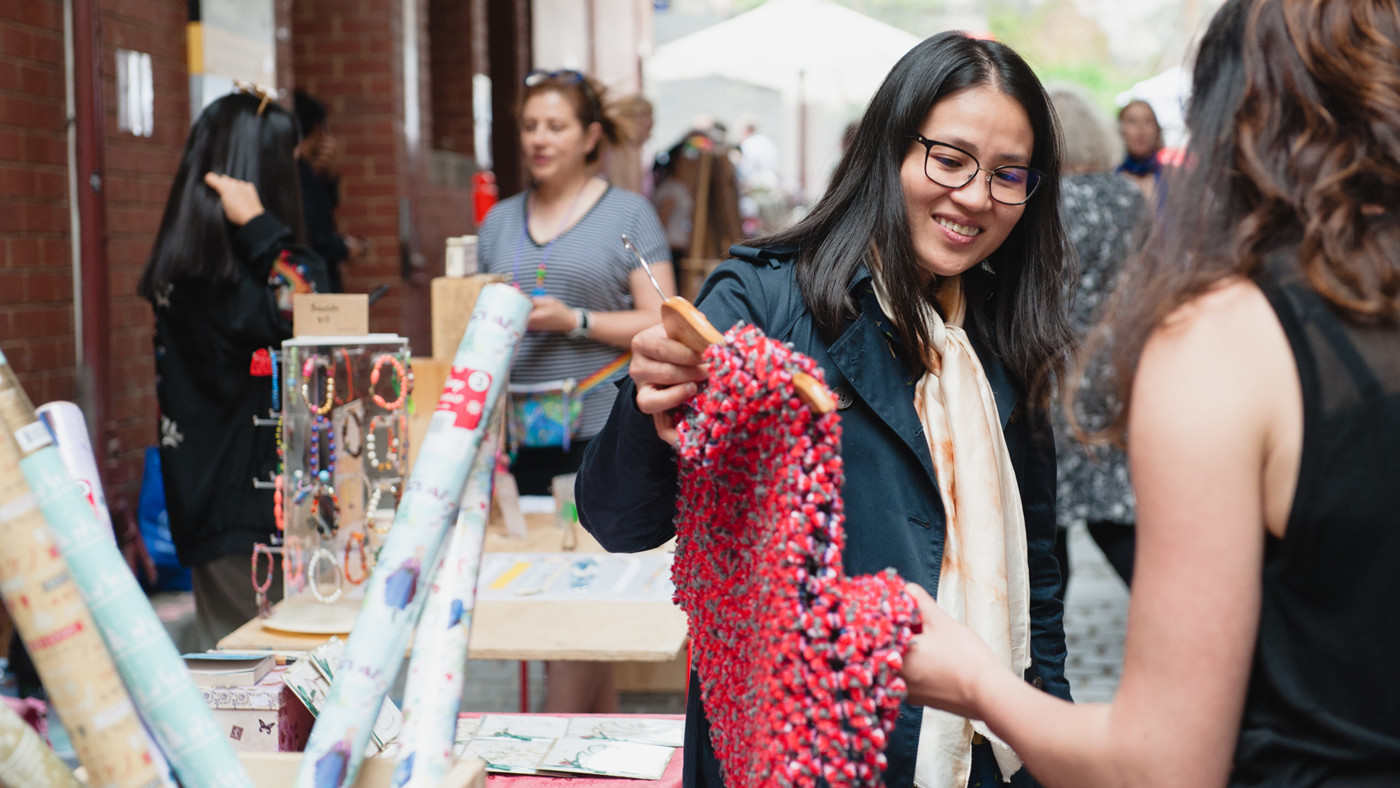 If you’re a sports fan, you’re in luck. Melbourne is home to major sporting events, including the Australian Open tennis, the Melbourne Grand Prix, and the Melbourne Cup horse racing. In winter, locals flock to the Australian Football League (the AFL, or 'the footy'). ick a team and join in!

Make the most of the city's parks, the Yarra River, and Port Phillip Bay. Pack a picnic lunch, wander around the Royal Botanic Gardens, or take in city views while you cycle along one of countless bike paths.

Melbourne is known as Australia's shopping and fashion capital. With independent design markets, small boutiques, large retailers and international designer stores, there’s something for everyone. Most major retailers and stores are open seven days, and many stay open late on Thursdays and Fridays.

Many suburbs run small, community-based markets, selling vintage clothing, fruit and vegetables, home wares, books, plants and homemade food. These are a great way to get to know your new neighbourhood.