Mary Featherston AM is one of RMIT’s most eminent alumna in architecture and design with an outstanding and sustained contribution to design and education over the past fifty years from 1970s to present.

Mary Featherston AM is one of RMIT’s most eminent alumna in architecture and design with an outstanding and sustained contribution to design and education over the past fifty years from 1970s to present.

Mary Featherston AM is one of RMIT’s most eminent alumna in architecture and design with an outstanding and sustained contribution to design and education over the past fifty years from 1970s to present. She is an alumna of RMIT Interior Design 1963.

In 2020, her significant contribution to the arts, particularly interior design and industrial design was recognised with an Order of Australia. Mary is an inaugural inductee of the Design Institute of Australia in its Hall of Fame.

Mary is considered one of Australia’s leading thinkers and designers in the design of educational and play spaces for children. She supports the right for young children to have the best education can offer and the role of the design of classrooms in achieving this. Mary Featherston’s work has been influential nationally and internationally in ‘providing models for rethinking learning and environments and stimulating debate especially during the current wave of education design reform’ (2017 Design History Australia Research Network). With over 50 years of design practice, she has collaborated with leading Australian and international educators, architects, school communities and policy makers to develop highly participatory design processes and innovative interior design.

Design partnership with Grant Featherston (from 1965 to 1995) innovated manufacturing techniques in the furniture industry and produced furniture that are now icons of Australian design. 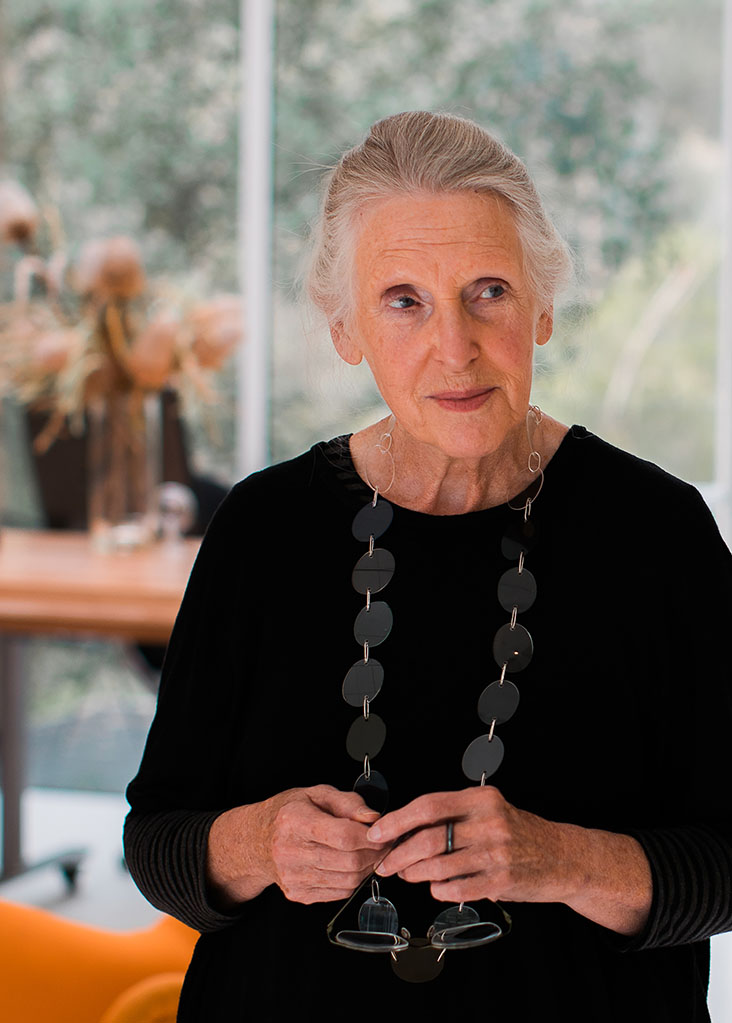 1970s to current: research-based commercial practice that addresses the design of child-centred learning environments. She continues to be actively engaged in this area and is regularly consulted by the Department of Education, architects, designers, educators and policy makers; a member of ARC research teams addressing this area of research; and invited to speak at workshops and forums in this field. 2009 to current – Honorary Senior Fellow – Faculty of Architecture, Building and Planning, University of Melbourne.

In the early 1980s, she called for a Children’s Museum to established and lobbied State Government. Her proposal received funding from the Victorian Ministry of the Arts in 1983. Her exhibition design was considered revolutionary as the audience was invited to touch and interact with the displays, and the content was developed through discussion groups with children. It was also revolutionary in fusing pedagogical theory and the physical, material space according to different modes of learning.

Mary initiated Australia’s first Children’s Museum in the Museum of Victoria and has subsequently been commissioned to develop and design several interactive exhibitions. Other significant projects include the Victorian government funded Inside Out Refurbishment Project at Wooranna Park Primary School, Dandenong (2003-2009) and new types of learning spaces for the multi-award winning Dandenong High School regeneration project (2007-2009) with Hayball Architects. The Wooranna Park Primary School project has been described as re-setting the agenda for state-sponsored junior primary classroom design.

Mary is committed to engaging the public in the value of design and its role with education in shaping the future of children’s lives. Central to her design philosophy is a commitment that design should be for all.

Mary has been involved as a guest critic and speaker in Design Studios in RMIT School of Architecture and Urban Design. She has been an invited participant in forums and workshops with the School of Architecture and Urban Design as well as the Design Hub Gallery. RMIT Design Archive is in the process of procuring Mary Featherston’s design work in relation to learning and environments and education

In September 2019, she was appointed as an adjunct professor in Interior Design.

Mary brings high level of expertise and track record to a growing research trajectory in the discipline of Interior Design addressing early childhood learning environments. Her background in exhibitions as interactive and knowledge production will inform new and innovative approaches to research outcomes that explore the synergy between exhibitions and learning environments.