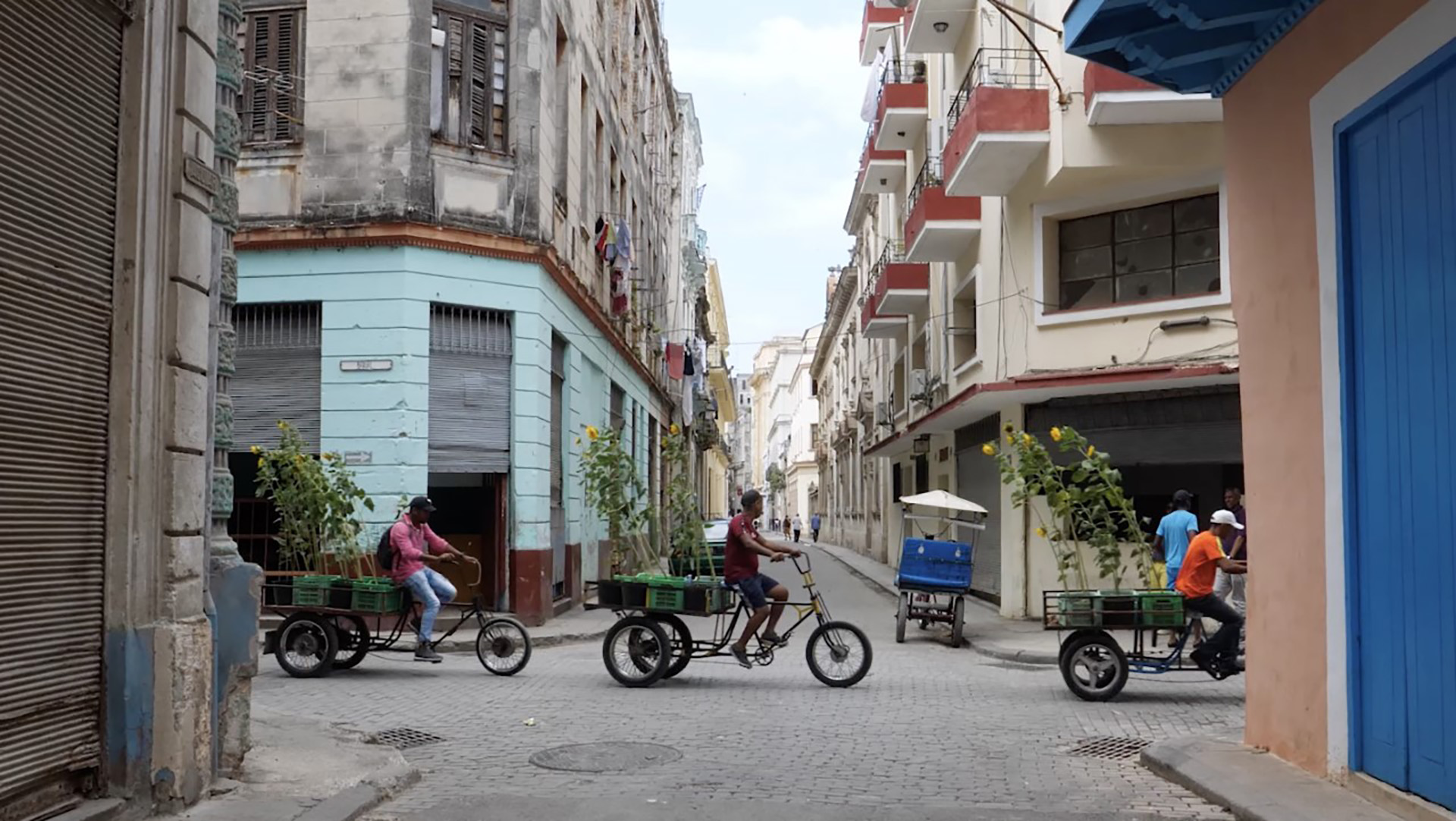 Join artist Ben Morieson for a screening and Q&A of his work, Fieldwork III – Los Colonias.

Join artist Ben Morieson for a screening and Q&A of his work, Fieldwork III – Los Colonias, developed for the Havana Biennial, Cuba in 2019.

This work extends from Fieldwork II – The Colonies which consisted of 70 shopping trolleys planted out with blooming sunflowers and placed alongside the Upfield railway line in seemingly random places. The idea was to create some friction between public and private space, with commuters invited to adopt the trolleys and move them on to other places. The “abandoned” shopping trolley became a transportable place of comfort and beauty.

The next part of the project became slightly unhinged by a lack of shopping trolleys! It was decided instead to make the interaction between the community and the transportable garden as a narrative plot that could be filmed and presented as a story. Fieldwork III – Los Colonias was made solely in Cuba with local technicians and the community of Old Havana.

As an artist over the last 30 years, Ben Morieson has worked with visual mediums including sculpture, installation and film. Ben completed a Masters in Public Art at RMIT University in 2013 and has been a recipient of grants from the Australia Council Media Arts Fund, Victoria Arts Projects Fund, Victoria Arts Touring Fund, and the Cinemedia Digital Media Fund (Film Victoria).

This presentation is hosted by RMIT’s Contemporary Art and Social Transformation (CAST) research group, based in the School of Art.

Mental Health in Times of COVID-19

Who will win the 2020 US Presidential Election?