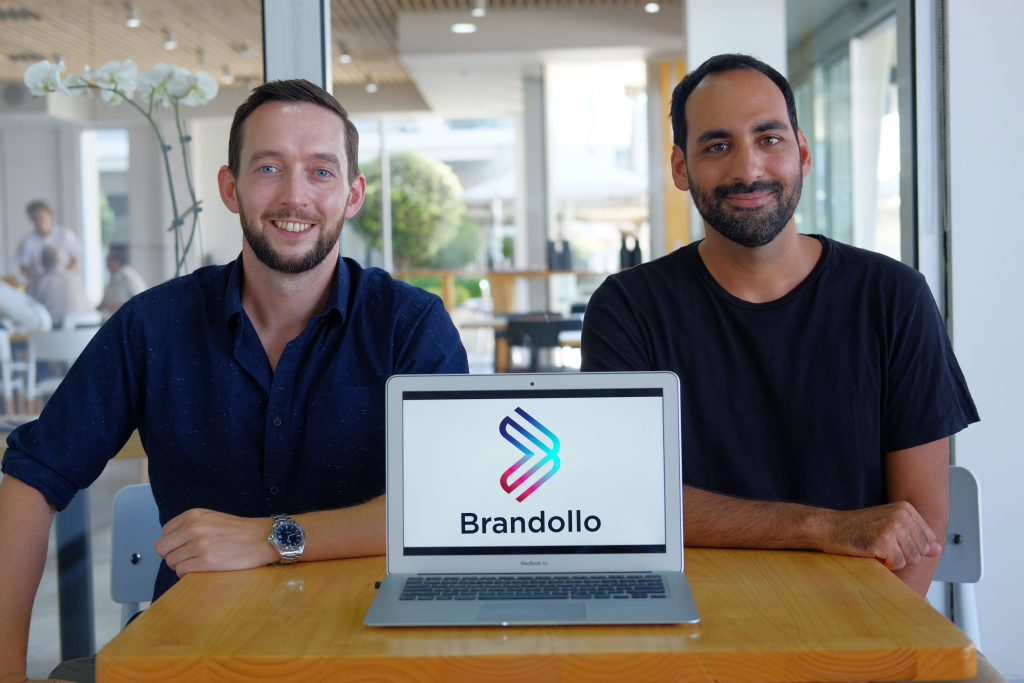 Two years ago, Marco Muscat attended a pitch that changed the course of his life. The presentation was about Brandollo, an online marketing platform powered by Machine Learning for small businesses.

The brainchild of marketing maven Brian McCarthy, it was dubbed “the missing member of the team” – an all-rounder sales and marketing entity.

Brian was working for a marketing agency when the idea came to him. Agency services were expensive as they ran on human talent. As such, clients with small businesses were often turned away because they lacked the budget.

“Coming from a tech background, I thought: this is crazy,” said Brian. “If you use tech to advise small businesses and startups, [marketing] can be made cheaper and affordable.”

The idea of Brandollo intrigued Marco and he approached Brian for a chat. Brian quickly recognised the value of Marco’s talents in building up Brandollo, which he described to be a “very minimum viable product” back then.

After just seven weeks of knowing each other, they packed their belongings in Melbourne and moved to Brisbane for a 16-week accelerator program. For the next four months, the two co-founders spent almost every waking hour together, working hard to turn their vision into reality.

Despite the seemingly impulsive move, these two are no starry-eyed newbies to the game.

Having helped run a media intelligence agency in his home of Ireland, Brian brings a wealth of experience in marketing and data analytics while Marco is an experienced full-stack developer specialising in Machine Learning who helped to grow many startups in London for the past 11 years.

Given their experience, Brian and Marco could easily land the most coveted jobs in their respective fields. Yet, entrepreneurship won their hearts.

“I get bored doing one thing for a long period of time,” Marco proclaimed. “I am more of a generalist than a specialist. What excites me is that the challenge keeps changing as we grow the business and we are learning as we go along.”

For Brian, it was the pure challenge of tackling an old problem with a new solution.

“When it came to sales, marketing and branding, it was just such a big confusing wall for businesses,” he explained. “They’re busy, stressed out and have lots of responsibilities.”

“Promoting their business and getting customers is the most important thing they can do. However everything gets in the way.”

Brandollo is designed specifically to solve that exact problem. It designs personalised branding and marketing advice for small businesses with a step-by-step guide.

The Machine Learning component means that the more you use the platform, the better it can pick up on your business and marketing needs to offer directions and recommendations. It also has a productivity tool to keep track of marketing responsibilities.

However, Brian and Marco want to appease concerns surrounding the replacement of humans with Machine Learning – Brandollo is here to enable, not replace.

“The big concern is – are you robbing the romance out of life and business by getting a machine to do it? Are we losing control? But our ethos is that there is no replacing human interaction with an expert,” said Brian.

“There’s nothing better than two people connecting and talking. If someone can afford an expert, they should definitely do that. Our role is to complement that relationship.”

“No marketer is an expert in everything,” Marco stated. “Brandollo can help fill in the gaps.”

An alternative to Brandollo is the DIY process of Googling the knowledge you need. However, the dizzying array of information and opinions from potentially unreliable sources can be problematic.

“Free resources are all disporous, fragmented and impossible to organise,” explained Brian. “We provide access to a single source of truth so they don’t have to spend hours searching.”

Reflecting on their Brandollo journey, the cofounders have made too many mistakes to count but remain grateful for it.

“You are supposed to make mistakes,” said Marco. “Don’t set your heart too much on a particular version of an idea because that will change.”

“UX was a big challenge and required a lot of experimentation. You try something and it doesn’t work so a few weeks later you try something different. Keep doing that. It will take a lot of energy and might erode your morale, but eventually the small things make all the difference. You find it and everything just falls into place.”

Brian also urged startups to pitch their business early and often. After all, pitching tirelessly across Melbourne, Sydney, Bangkok, Dublin and Brisbane led him to Marco, got them into two accelerator programs (including RMIT LaunchHUB) and won them an equivalent of $25,000 in prizes.

“[Many startups] don’t understand that pitching is the key to achieving all of that,” said Brian. “When you step on stage and pitch, it’s a leap of faith. The audience can see that and it gives them confidence in you too.”

Two years and many leaps of faith later, Brandollo now services around 1100 customers on their platform – reminding us that fortune does indeed, favour the bold.

When it comes to fashion, the word “nurturing” is not exactly what comes to mind. Nadia Foti and Tamsin Pritchard want to change that.