Even though Zac McClelland studied Aerospace Engineering in university, his education began on the farm.

Growing up in country New South Wales, he spent much of his time building and fixing stuff on his parents’ farm. Besides planting grains and rearing sheep and cattle, watching Mum and Dad build houses and sheds across their land was the norm.

“My dad built a plane when I was a kid, just a small one but we are going to build another one in the coming months with two seats,” he mentioned casually, as though it was a bicycle.

This hands-on experience gave him the foundation to pursue cutting-edge technology while studying at the RMIT School of Engineering. He became transfixed with Hyperloop, a new form of energy efficient transport that enables trains to travel at 1200km/hour – almost at the speed of light.

Zac co-founded VicHyper, a team of engineers who participated in Elon Musk’s SpaceX Hyperloop Pod Competition in 2015. There, they worked alongside SpaceX engineers to build and deliver prototypes for Hyperloop transport.

Placing in the final 30 (the only team from the Southern Hemisphere to do so) out of 1700 entrants, VicHyper became well-known for their Hyperloop expertise in Australia.

Today, they have a 15-member team of aerospace, electrical, electronic, mechatronic, software and chemical engineers. Spread across Australia and San Francisco, the vision of VicHyper is to create technology for the future that makes life better.

Recently, their team has moved onto a new frontier - creating an automated sorting system for recyclable waste.

“You’ve got all these products thrown out that can be used for manufacture again, but they aren’t because no one is sorting them out properly,” explained Zac. 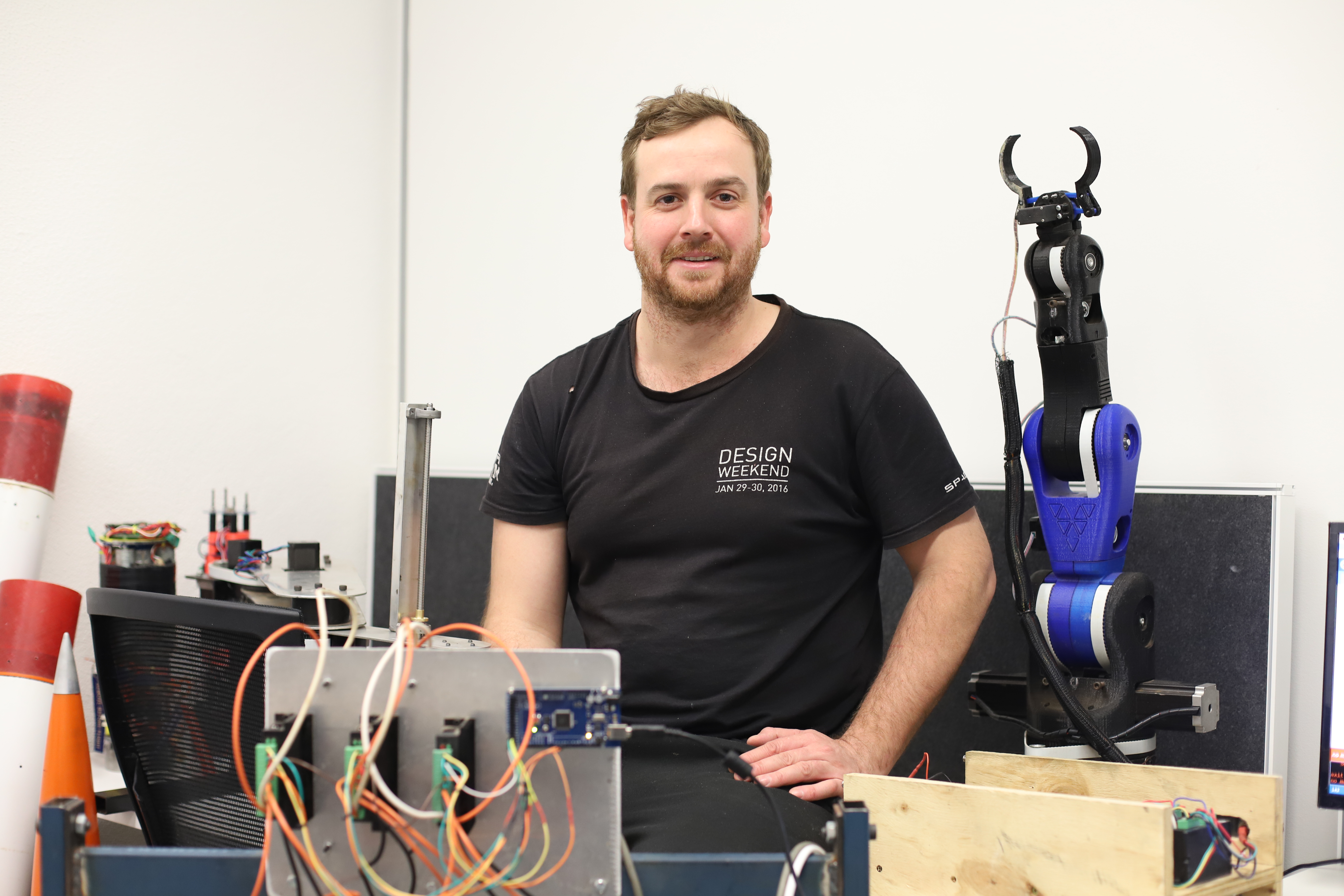 Currently, the waste produced in the West drastically outweighs that of third-world countries. VicHyper’s invention seeks to make people more conscious of the amount of waste they produce.

Here is how it works – when taking their rubbish out, people can tap their phones on VicHyper’s specially engineered bin to start analysing the output. The machine uses robotic arms to sort out the rubbish and sends this data back to your mobile phone.

The most attractive part? If anything thrown out is worth money, you get paid.

“We will also give the data back to the council to see what kind of waste is going to the bin, how much is produced and which socioeconomic level is producing the most,” said Zac.

“It would be very interesting to see legitimate data instead of overarching data across the country.”

Creating such an advanced system comes with its fair share of obstacles. It’s where complex theoretical concepts come into play in order to innovate a technology that has yet to exist.

For a hands-on learner like Zac, theory is something he struggles with.

At the moment, he is researching a technique that uses laser to burn a bit of material to create plasma. This produces a light and a spectrometer identifies the material by analysing the ray of light.

“Without theory, you can’t figure that out. It’s so interesting but you just need to know it,” said Zac.

However, he is relentless about learning what he needs to know. A huge believer in upskilling, Zac is constantly taking online courses in areas of coding, chemistry, physics and mathematics in order to build the vision of VicHyper.

As challenging as it is, Zac’s motivation comes from a deep-rooted desire for his business to make a difference.

“The way businesses are conducted across the globe is not great - it’s all about profit margins instead of helping people,” he said.

“Creating a multipronged business that helps people and the environment and also being able to work hard, I think it’s great.”

Zac’s hardworking nature plays to his advantage as a startup founder, something he advises aspiring entrepreneurs to pick up.

In the meantime, this nerd will be building robotic arms back at the farm – that is, when he’s not busy flying planes with Dad.

Fighting Homelessness One Shirt At a Time