How everything is connected

The Internet of Things (IoT) is one of those terms that’s recognisable but that many people struggle to explain. This isn’t helped by the fact that there isn’t one, universally accepted definition of the concept1.

Broadly, the IoT refers to the phenomenon currently occurring where everything from consumer products such as mobile phones to industrial goods such as manufacturing equipment are being embedded with internet connectivity and data analytics. As a result, a growing number of devices are able to generate, exchange and consume data with minimal human intervention2. The information collected by these web-enabled ‘smart’ devices is then coordinated by the IoT platform or ecosystem, enabling data to be analysed and corresponding action to be taken.

By combining this with automated systems and/or data analytics, the IoT has made it possible for businesses to transform new or existing products or environments, enhance physical processes and improve services, operations or products3.

The term ‘Internet of Things’ was first coined in 1999 at Procter & Gamble by MIT Auto-ID Center co-founder Kevin Ashton to describe a system where objects in the physical world could be connected to the internet by sensors4. At this time, the IoT was used to refer to Radio-Frequency Identification (RFID) being connected to the internet in order to track goods without the need for human intervention5.

Since then, several market and technology trends have converged to make the IoT of today possible. These include low-cost, high-speed and pervasive network connectivity, greater computing power at lower price points, the development of small and inexpensive sensor devices, advances in data analytics and the rise of cloud computing6. As a result, the term IoT is now used to describe a range of services, software, connectivity and devices that cover everything from wearables and home automation to connected health care and smart cities.

According to the Internet Architect Board, IoT devices use four technical communication models to exchange data. These are7:

Now, we can’t mention the IoT without also making note of a new phrase gaining traction around the world, the industrial internet of things (IoT). Similar to the IoT, the IIoT refers to a situation whereby a large number of devices or machines are connected via the internet. However, within an IIoT framework the intersection of information and operational technology enables greater system integration so that physical infrastructure can be monitored and controlled8.

The IIoT is still a fairly new concept and its use is generally limited to a manufacturing environment. The IoT, on the other hand, represents a huge opportunity for Australian businesses, particularly for those in the manufacturing, agriculture and health care industries.

According to PriceWaterhouseCoopers (PwC), the IoT can achieve potential annual benefits in Australia of between $194-308 billion over a period of eight to 18 years9.

But what does an IoT solution actually look like within a business environment? We explore some examples below.

Sutton Tools has implemented IoT solutions as part of their move towards a ‘smart enough’ factory, which Technology Manager Dr Steve Dowey describes as one that looks for practical factory solutions based on low-cost technologies1

As part of the ‘smart enough’ approach, Sutton Tools has introduced low-cost edge devices and sensors linked to a wireless network, which are deployed locally rather than in the cloud, to gather near real-time data from machines. If a machine state changes, then the event triggers a wireless message, providing a reliable factory visualisation tool14.

Since the wireless sensor network is overlayed on legacy systems to gather the data the business needs, it overcomes many of the roadblocks to IoT adoption by small-scale manufacturers. These include high cost of implementation, difficulties transforming legacy systems and inadequate infrastructure.

Previously, fresh milk exports to China were hindered by the fact that the milk must stay between 0-4°C throughout the journey from farm to supermarket shelf to meet China’s health and safety requirements15. Therefore, milk delivered to China needed to be tested and approved by the China Inspection Quarantine (CIQ) before it was allowed into the country – a process that sometimes took up to three weeks16.

Now, with the implementation of sensors that monitor location, temperature, humidity and air pressure in real-time and upload information to the cloud every 15 minutes, this process takes less than two days17. The information collected by the sensors is linked directly to the CIQ system, so officials can quickly and easily see that the product meets all relevant standards. This fast-tracked process has led to Peloris now accounting for approximately 30% of fresh milk exports into China worldwide18.

Taking note of the number of IoT solutions being adopted in the health care industry to improve the care of patients, aged care provider Thomas Holt decided to incorporate several IoT devices into its Seymour Shaw residential care home in Karrawee, NSW.

These include sensors, wearable devices and circadian rhythm lights, all connected via the company’s LiveCare360 platform.

LiveCare360 collects data from wearable devices, building control systems and sensors installed at various points in a resident’s room, such as the bed and toilet. The system then makes use of machine learning technology and predictive analytics to identify biometrics that could indicate pending illness, falls, stress, behavioural issues or a decline in cognitive ability19, alerting carers via dashboards or real-time messages.

According to UniQcare, which helped to develop the LiveCare360 platform, this solution can lead to a 25% reduction in care costs for high care, per bed per day, with Thomas Holt able to go from a 1:6 to a 1:8 carer to resident ratio for level three and four care20.

Preparing your workforce for digital disruption

Although digital disruption often has negative connotations, the new business models evolving out of the implementation of emerging technologies offer many opportunities for innovation and growth. However, harnessing these opportunities requires business leaders who educate and empower their employees throughout the change process.

Advances in communication technologies, devices connected to the internet and data analytics are occurring at a much quicker pace than at any other time in history. As a result, many believe we are now living through a fourth industrial revolution, referred to as ‘industry 4.0’ (i4.0). 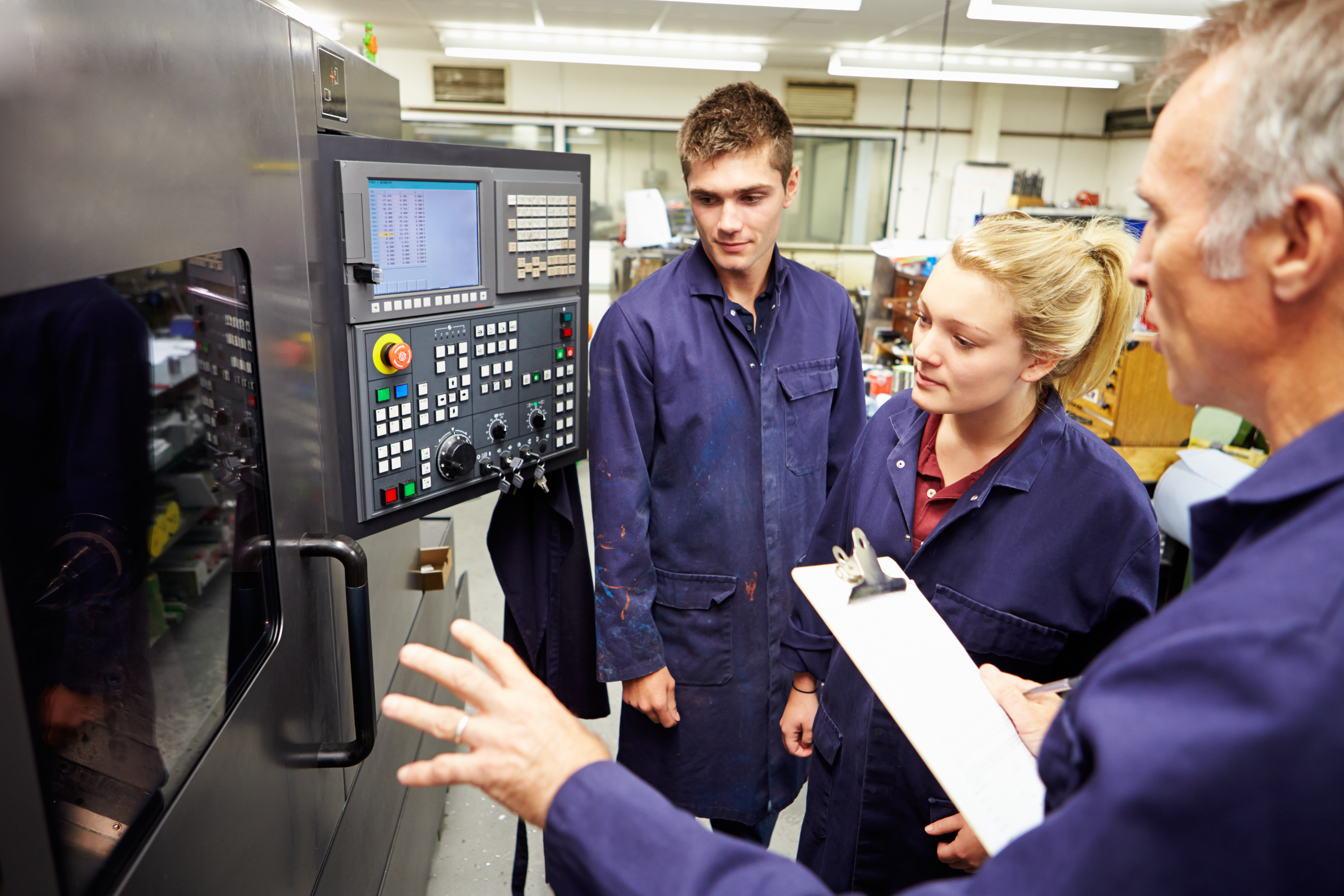 Industry 4.0 and smart technologies are offering small and medium-sized enterprises a wealth of opportunities for growth and expansion. We take a further look at why SMEs should be engaging with these technologies and how they can be implemented.