RMIT’s graduation celebrations have taken over the centre of Melbourne, with a parade along Swanston Street and ceremony at Docklands stadium.

Graduation day started with a colourful parade of graduating students, alumni and staff in academic gowns and mortarboards making their way down Swanston Street from RMIT to Federation Square.

The colourful, vibrant parade was followed by Australia’s biggest graduation event at Docklands stadium, where more than 7500 graduates celebrated their achievements in front of nearly 30,000 family members, friends, and RMIT staff.

More than 95 doctoral candidates were among the graduates.

Vice-Chancellor and President Martin Bean CBE told the graduates that they were the leaders of tomorrow in a world that faced some of its greatest ever challenges.

“Learning for life is no longer a luxury… it’s a survival skill and I want you to know that RMIT is here to support you every step of the way,” Martin said.

“I’m sure you’ll take what you’ve learned, seize the opportunity, and help shape the world for the better... that’s what being an RMIT graduate is all about.”

In accepting his Doctor of Social Science Honoris Causa, Innes told the graduates to use what they had learnt to contribute to society.

“Today, celebrate the recognition of your hard work and study with your family and friends,” he said.

“Tomorrow, let's use our awards to continue to build a stronger and more inclusive community.” 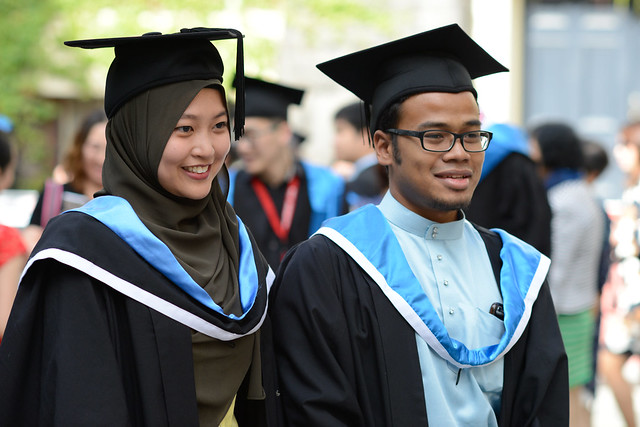 Aunty Joy Wandin Murphy gave the Welcome to Country during the Smoking Ceremony.

One of the most popular parts of the ceremony was a lap of honour featuring RMIT students and alumni who participated at the Rio Olympics and Paralympics.

An eye-opening placement at the Fair Work Commission

7 reasons why a creative career is right for you

Got a media query?