A wombat’s journey from the classroom to the App store

A wombat’s journey from the classroom to the App store

After starting out as a student project, Paperbark was successfully launched to the market last month. 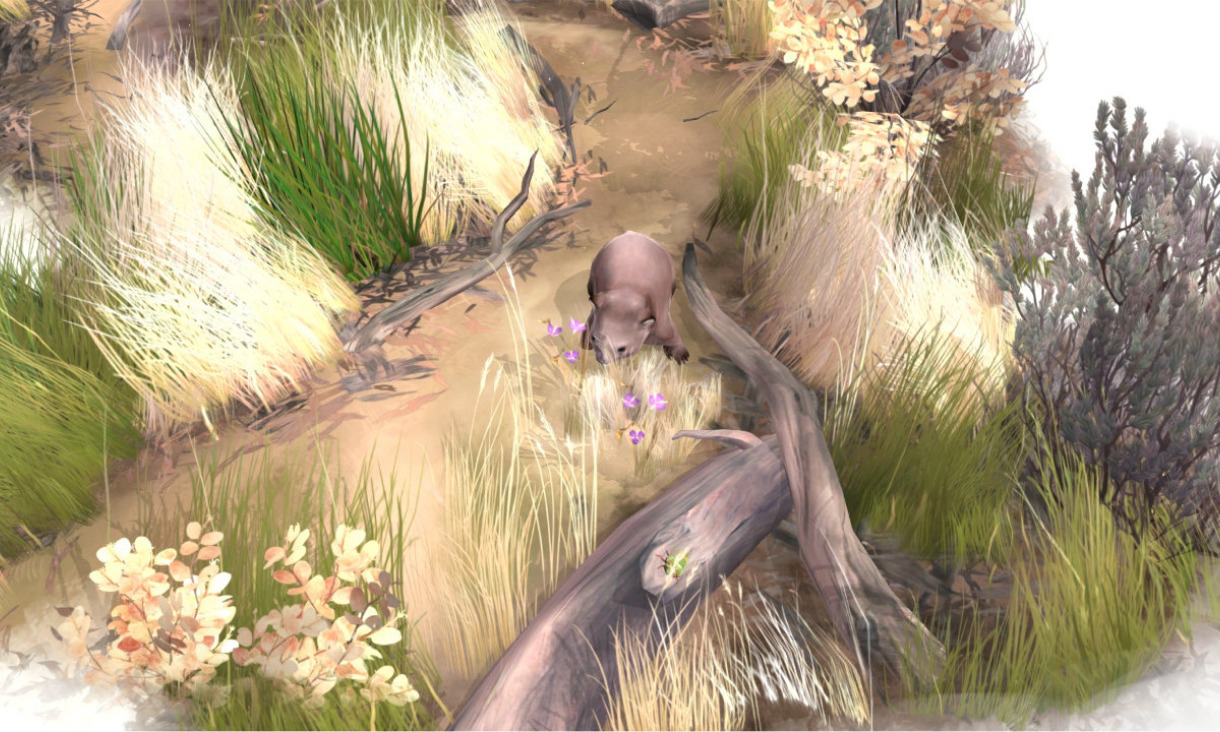 A sleepy wombat wanders through the bush. Image courtesy of Paper House.

Set in the peak of an Australian summer, Paperbark tells the story of a sleepy wombat’s journey through the bush.

The game began as a final-year student project for Ryan Boulton, Nina Bennett and Terry Burdak as part of a Bachelor of Design (Games) in 2015.

Since its release, Paperbark has earned widespread acclaim including winning the ‘Excellence in Visual Art’ award at Freeplay 2018 and named as ‘Best Game - Open Genre’ at the 2018 Intel Level Up Contest.

Inspired by children’s literature like Possum Magic and Snugglepot and Cuddlepie, the group wanted to capture Australia’s native flora and fauna in a unique way through gaming.

With each founding member growing up in regional Victoria, Burdak said it made sense to draw from their own personal experiences and influences when creating the game.

“Capturing that feeling of walking through the bush during summer time has always been at the heart of the game and was something we worked on literally for years to express correctly,” he said.

“We worked really hard to make sure the plants and animals were not only native to Australia, but were all actually native to Victoria where we grew up.”

After noticing that the illustrations from many famous Australian children’s books were typically created with watercolour, the team looked to renowned landscape artists for reference, including Albert Namatjira.

During his time at RMIT, Boulton had developed ‘watercolour shader’ technology, which enabled new landscapes to be painted gradually as a game progressed.

By including this unique feature, it not only added to the aesthetic of the game, but it also served to mimic a wombat’s experience as a short-sighted creature.

After receiving funding from Film Victoria, the team began collaborating with creative professionals from across Melbourne to develop the game even further.

This included producers, sound engineers, writers and animators – many of whom had never worked in the games industry before.

Narration was provided by Georgia ‘Maq’ McDonald from Camp Cope and the game was written by children’s author Renee Treml, with music by Biddy Conner.

“We’ve worked incredibly hard to get Paperbark out the door and into the wild…the result was much greater than we had originally expected or planned.”

The group has now established its own start-up studio, Paper House.