Professor Calum Drummond has been awarded the prestigious Ian Wark Medal and Lecture for outstanding advances in chemistry and materials science research, and contributions to Australia's prosperity. 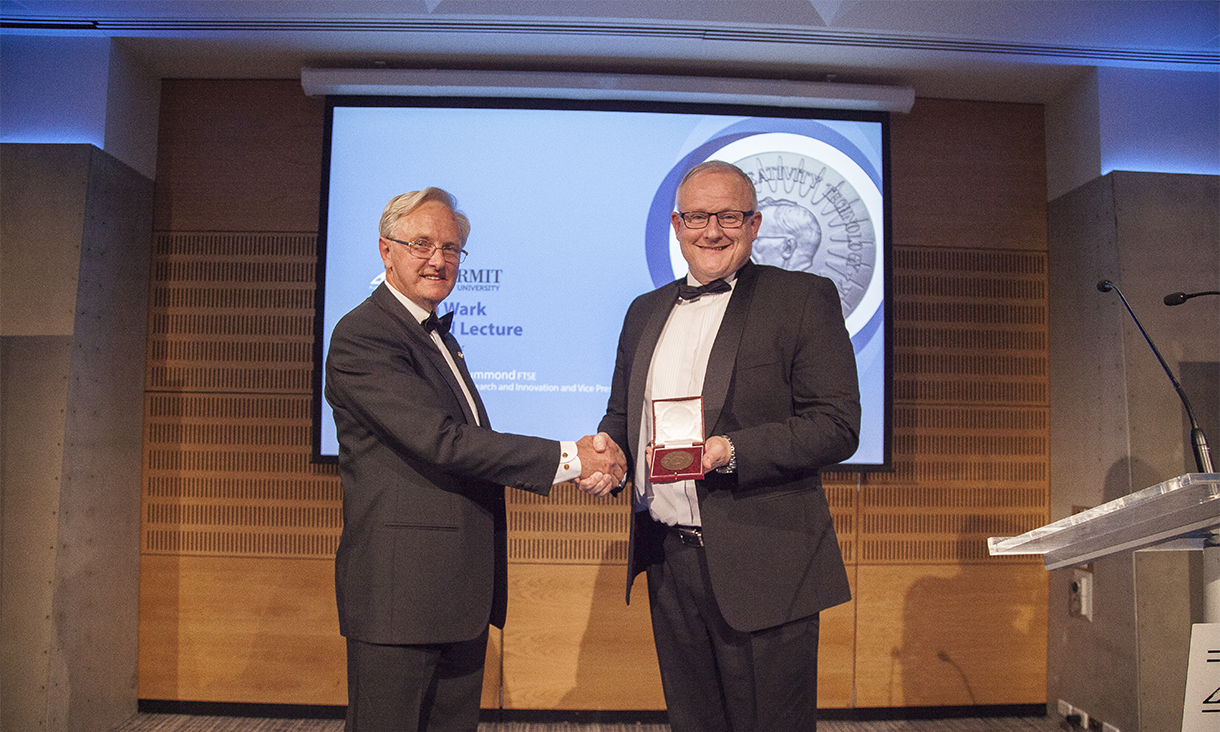 Professor Drummond received the Ian Wark Medal from the Australian Academy of Science and delivered the associated lecture at a presentation dinner in Melbourne on 5 July.

Professor Drummond formally received the medal from the Australian Academy of Science and delivered the associated lecture at a presentation dinner in Melbourne on 5 July.

He was announced as the medal and lecture recipient in November 2017.

The national award recognises Drummond's achievements in understanding materials at the nanoscale that have enabled high-performing products to be developed and commercialised. Fittingly, his lecture was titled one scientist’s journey in advanced materials and product development in Australia.

Deputy Vice-Chancellor Research and Innovation Professor Drummond has worked in this field for more than 30 years.

Materials developed using these insights have been applied in energy storage, medical therapy and diagnosis, and household and large-scale industrial products.

Drummond said he was honoured to receive an award for research that directly contributed to Australia's prosperity.

"I've always been focused on delivering national benefit so I'm humbled to receive this recognition for something that I have been striving to achieve throughout my career,” he said.

"I strongly believe that national wealth generation needs to be a primary focus to enable us to financially support the kind of equitable society in which we'd all like to live.

"My research is driven by a desire to take a new discovery or understanding and apply it to deliver economic, social or environmental benefits for the wider community. When we can gain an improved fundamental understanding of how materials assemble, this deeper knowledge helps us to develop the next generation of products or processes.

“By developing new materials, you’re assisting your community to advance, to progress, to improve the quality of life of the people that are important to you.” 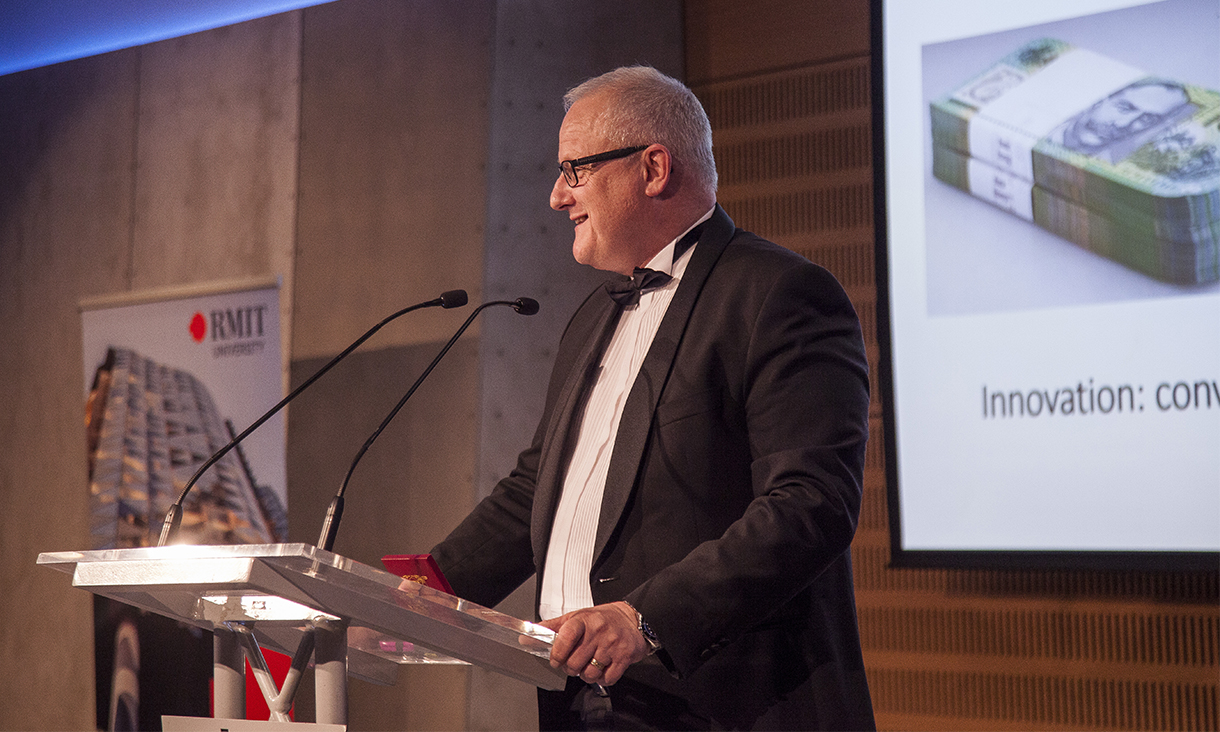 Professor Drummond delivered the Ian Wark lecture at a presentation dinner in Melbourne on 5 July.  His lecture was titled one scientist’s journey in advanced materials and product development in Australia.

Drummond said the award was recognition for all the wonderful people he’d worked with over the years.

“When I was at university I had one lecturer who was particularly inspiring, a person called Professor Tom Healy, and he gave me the drive to pursue the particular area of science that I’m now currently pursing.

“Science is a team game and I've been fortunate to work with outstanding people, including partners from other institutions and companies, and researchers and students in my own groups."

"Calum has shown outstanding ability to take new insights from his groundbreaking research and apply them to a wide range of real world problems, from biology to materials science, leading to innovative solutions.

"He has also been a valued mentor and sponsor of generations of Australian scientists and engineers.

"This is wonderful recognition of his lifetime passion for research and end-use applications that benefit Australia and help shape the world."

Key elements of Drummond's research and its impacts

He has investigated how these materials can be used to enhance product formulations such as drug delivery vehicles, environmentally friendly off-shore oil well drilling fluids, waterproof recyclable paper coatings, household cleaning products, and specialty chemicals for the construction industry.

The technologies enable drugs to be encapsulated in the nanostructured material and diffuse in a controlled manner to treat cancerous tumours.

He was the inaugural Vice President Research at CAP-XX, a company that developed the world's most advanced commercial supercapacitors, built a manufacturing process for supercapacitors in Australia and has sold more than 30 million supercapacitor cells to date.

Prior to joining RMIT University in 2014, Drummond was Group Executive for Manufacturing, Materials and Minerals at CSIRO.