ROO takes to the sky in Australia

ROO takes to the sky in Australia 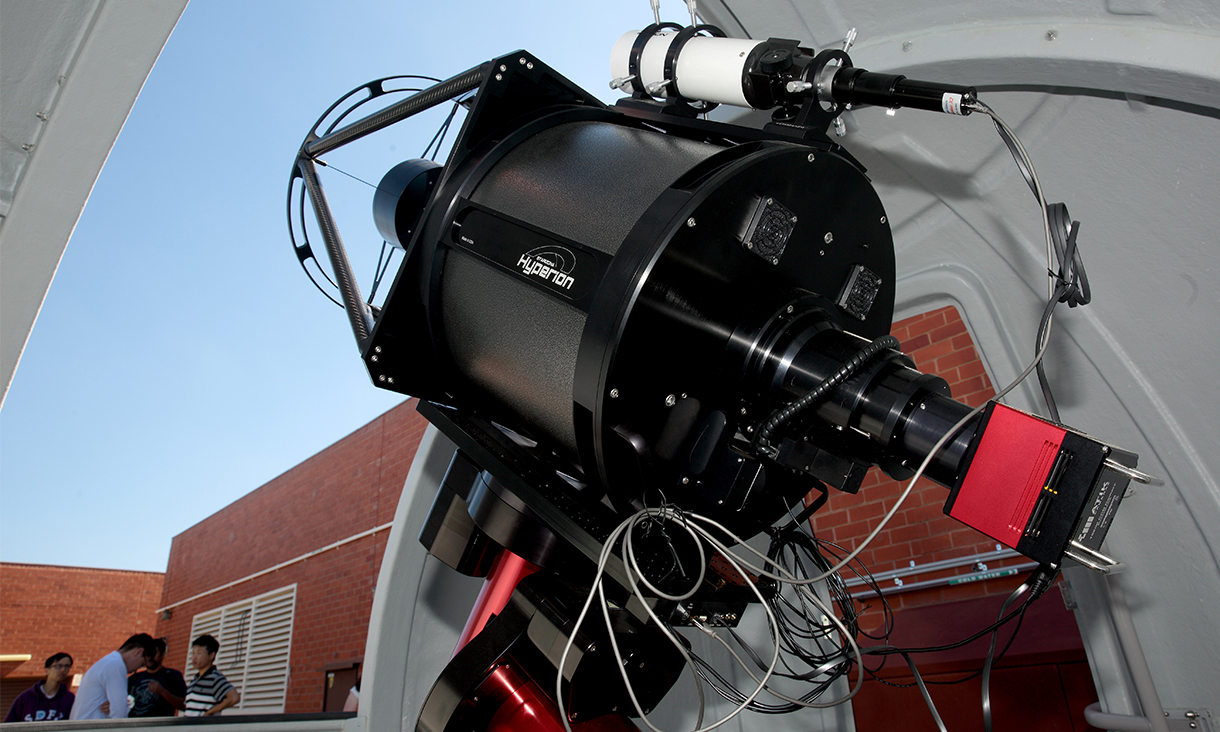 The telescope has been installed on RMIT's Bundoora campus.

The University of Minnesota, the University of Arizona and RMIT will use the ROO telescope to monitor objects in the Earth’s orbit, particularly in Geosynchronous orbit at 35,000km altitude.

Viewing, understanding and predicting the physical location of natural and man-made objects in orbit around Earth has the potential to significantly reduce spaceflight collisions in future.

University of Minnesota Department of Aerospace Engineering and Mechanics Assistant Professor, Dr Richard Linares, said the project had the opportunity to make great contributions to the field because of the diverse expertise of the universities involved.

“The telescope will provide critical data that we hope will enable the future of spaceflight through better understanding of satellite debris," he said.

"International collaborations such as this are vitally important in achieving this goal," he said.

The 16-megapixel monochrome CCD camera is expected to produce sub-arcsecond angular resolution to track space debris, satellites, asteroids and other objects and measure their movement and trajectories.

The telescope is housed in a 3m diameter automated dome, enabling recording when the conditions are clear and protection against the elements when they are not.

In the spirit of true collaboration, researchers and students will have the unique opportunity to make use of both the telescope and the data collected in future.

After launching in 2010, the SPACE Research Centre received funding from the Australian Space Research Program as part of its highly competitive Space Science and Innovation funding stream.

SPACE is part of the Geospatial Discipline within the School of Science.