Transport yourself behind the scenes of undercover ticket inspectors

Transport yourself behind the scenes of undercover ticket inspectors

Catherine Hall, Chad O’Brien and Enisa Muranovic developed the YouTube pilot as part of their Masters of Media coursework.

Touched Off follows three undercover hopefuls who are put through their paces as they navigate the ins and outs of ticket inspecting.

Co-creator of the series, Hall said she drew inspiration from her own experiences with undercover inspectors.

“After observing the baffling, sometimes nonsensical system, we thought it would be funny to imagine the backstory of the people behind it,” Hall said.

“I think our audience has responded so well because we’re making fun of this incredibly frustrating experience that we’re all so familiar with, but in a good-natured way that you might not expect.”

The pilot episode generated 5,000 views and 250 subscribers within five days of airing. 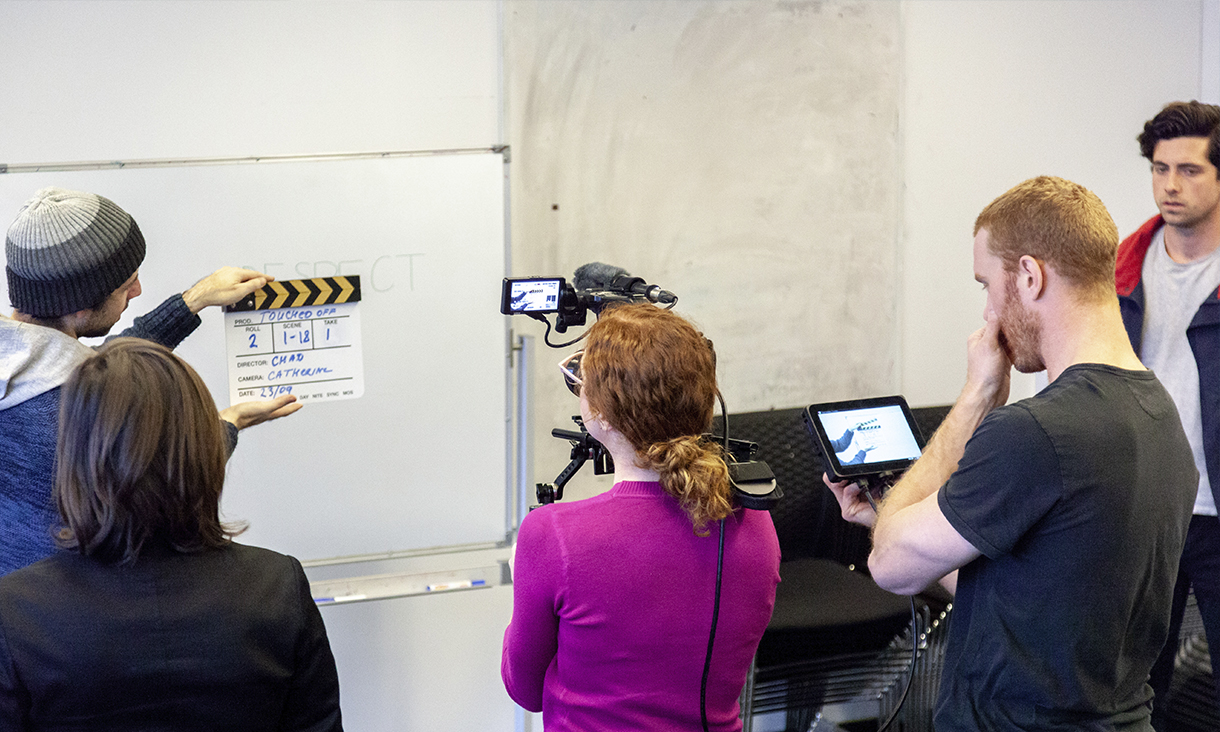 Catherine Hall and Chad O'Brien on the set of Touched Off, filmed in RMIT's Building 51.

Director of the series, O’Brien said the opportunity to collaborate with like-minded media professionals has been a key highlight of his studies.

“I came in to this course to find collaborators to work with who have similar interests,” O’Brien said.

“Touched off started out as an assignment but has quickly evolved in to an exciting professional project.”

Hall and O’Brien are currently in the process of developing the series further, with more episodes in the pipeline.

They’ve been joined by fellow Masters of Media student Natalia Chernaya, the 1st Assistant Director of the pilot episode to help bring the project to fruition.