A wreath of wearable enamel brooches is on display at Melbourne’s Shrine of Remembrance in a creative tribute to the stories of the first world war. 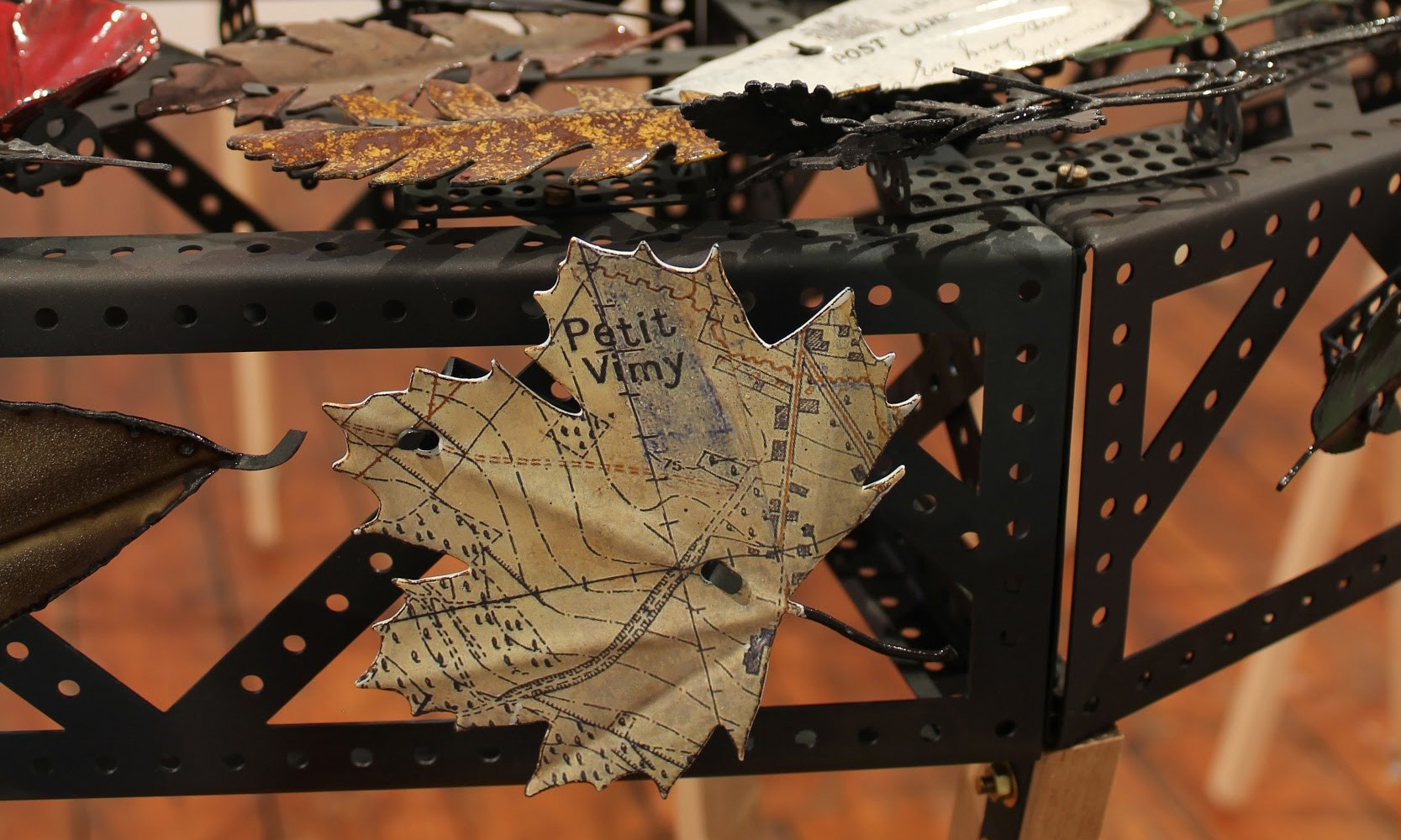 The enamel artwork features decorative leaves associated with sites of World War I.

Opened in Melbourne last week, Flowers of War is a large-scale wreath created from over four hundred enamel and steel broaches inspired by the first world war.

A collaboration between gold and silversmith Kirsten Haydon, designer Neal Haslem and enamelist Elizabeth Turrell, the project was inspired by artefacts from community archives and museums in New Zealand, Australia and the UK.

Each element of the work is an enamelled wearable brooch, either a leaf or a flower associated with sites of the first world war or memories of the home front.

Haslem, Associate Dean of communication design at RMIT’s School of Design, said contributions and responses from the public had inspired the ongoing creation of new braoches that had been added to the exhibition.

“Earlier exhibitions of the work in progress encouraged participation through the contribution of thoughts and stories in response to the wreath from local communities, helping to build towards this final exhibition,” he said.

Haydon, who leads gold and silversmithing in RMIT’s School of Art said the use of enamelled steel had particular significance due its’ popularity as a material during the turn of last century.

“It was used in functional metal objects including graphic signage, badges, buttons, medals, utensils and medical equipment of the first world war,” she said.

“The material retains its’ strong colour but may show signs of use and the battered, layered, cracked and sometimes rusted surfaces within these objects show the accumulation of use and wear."

The project has previously been exhibited at the Canterbury Museum in Christchurch, New Zealand, and the Royal West of England Academy in Bristol, UK.

Flowers of War will be on display for the first time in Australia at Melbourne’s Shrine of Remembrance from October 2018 for twelve months and admission to the public is free. 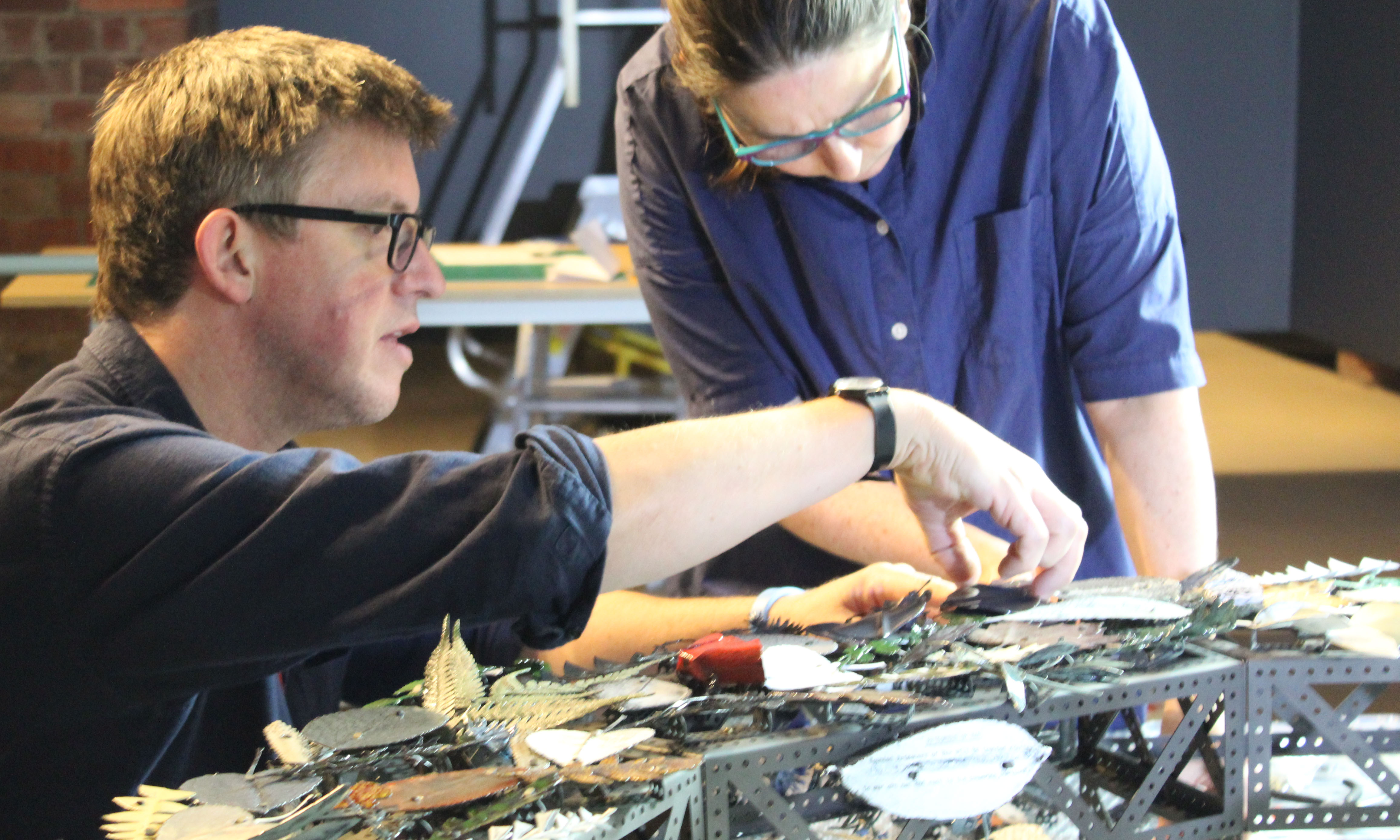 Neal Haslem and Kirsten Haydon preparing the wreath at the Shrine of Remembrance, 2018. (Photo: Carolyn Archibald)