Should we sleep twice?

Should we sleep twice?

Did we used to have two sleeps rather than one? With a third of the population having trouble sleeping, maybe we should again. 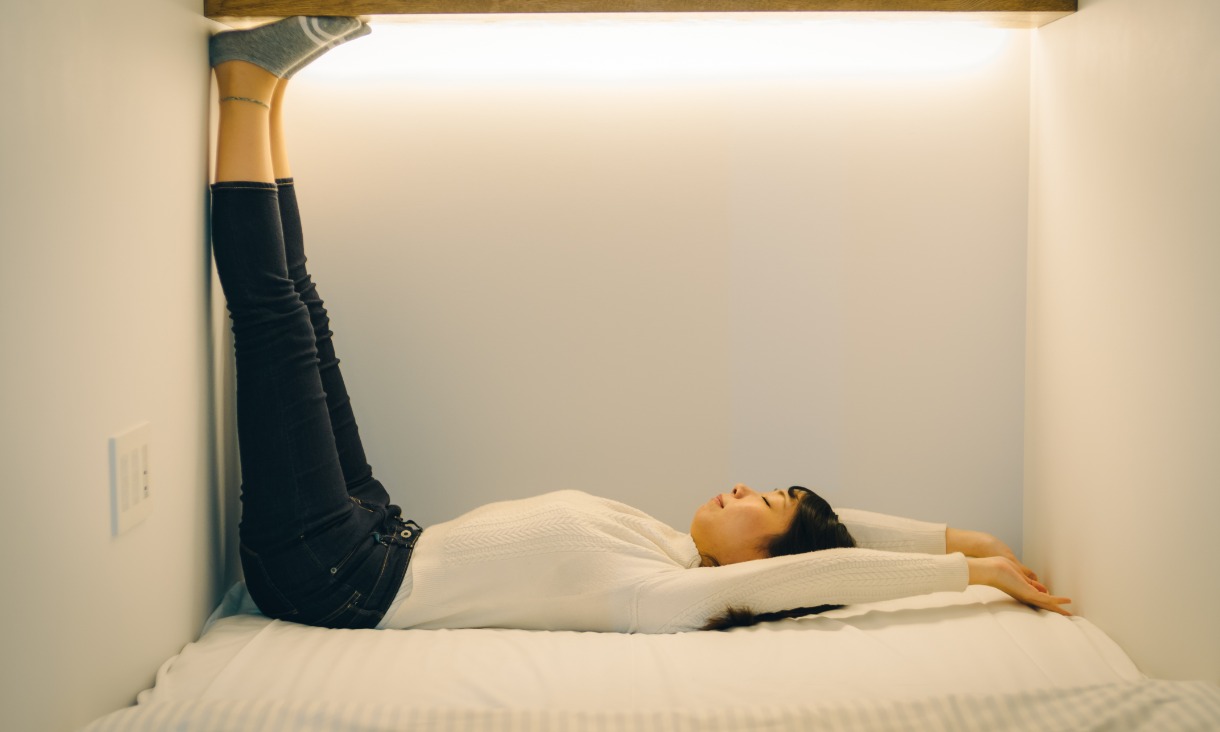 Around a third of the population have trouble sleeping, including difficulties maintaining sleep throughout the night. While night time awakenings are distressing for most sufferers, there is some evidence from our recent past that suggests this period of wakefulness occurring between two separate sleep periods was the norm.

Throughout history there have been numerous accounts of segmented sleep, from medical texts, to court records and diaries, and even in African and South American tribes, with a common reference to “first” and “second” sleep. In Charles Dickens’ Barnaby Rudge (1840), he writes

He knew this, even in the horror with which he started from his first sleep, and threw up the window to dispel it by the presence of some object, beyond the room, which had not been, as it were, the witness of his dream.

Anthropologists have found evidence that during preindustrial Europe, bi-modal sleeping was considered the norm. Sleep onset was determined not by a set bedtime, but by whether there were things to do. Historian A. Roger Ekirch’s book At day’s close: night in times past describes how households at this time retired a couple of hours after dusk, woke a few hours later for one to two hours, and then had a second sleep until dawn.

During this waking period, people would relax, ponder their dreams or have sex. Some would engage in activities like sewing, chopping wood or reading, relying on the light of the moon or oil lamps.

Ekirch found references to the first and second sleep started to disappear during the late 17th century. This is thought to have started in the upper classes in Northern Europe and filtered down to the rest of Western society over the next 200 years.

Interestingly, the appearance of sleep maintenance insomnia in the literature in the late 19th century coincides with the period where accounts of split sleep start to disappear. Thus, modern society may place unnecessary pressure on individuals that they must obtain a night of continuous consolidated sleep every night, adding to the anxiety about sleep and perpetuating the problem.

Less dramatic forms of bi-phasic sleep are evident in today’s society, for example in cultures that take an afternoon siesta. Our body clock lends itself to such a schedule, having a reduction in alertness in the early afternoon (the so-called “post-lunch dip”).

In the early 1990s, psychiatrist Thomas Wehr conducted a laboratory experiment in which he exposed a group of people to a short photoperiod – that is, they were left in darkness for 14 hours every day instead of the typical eight hours – for a month. 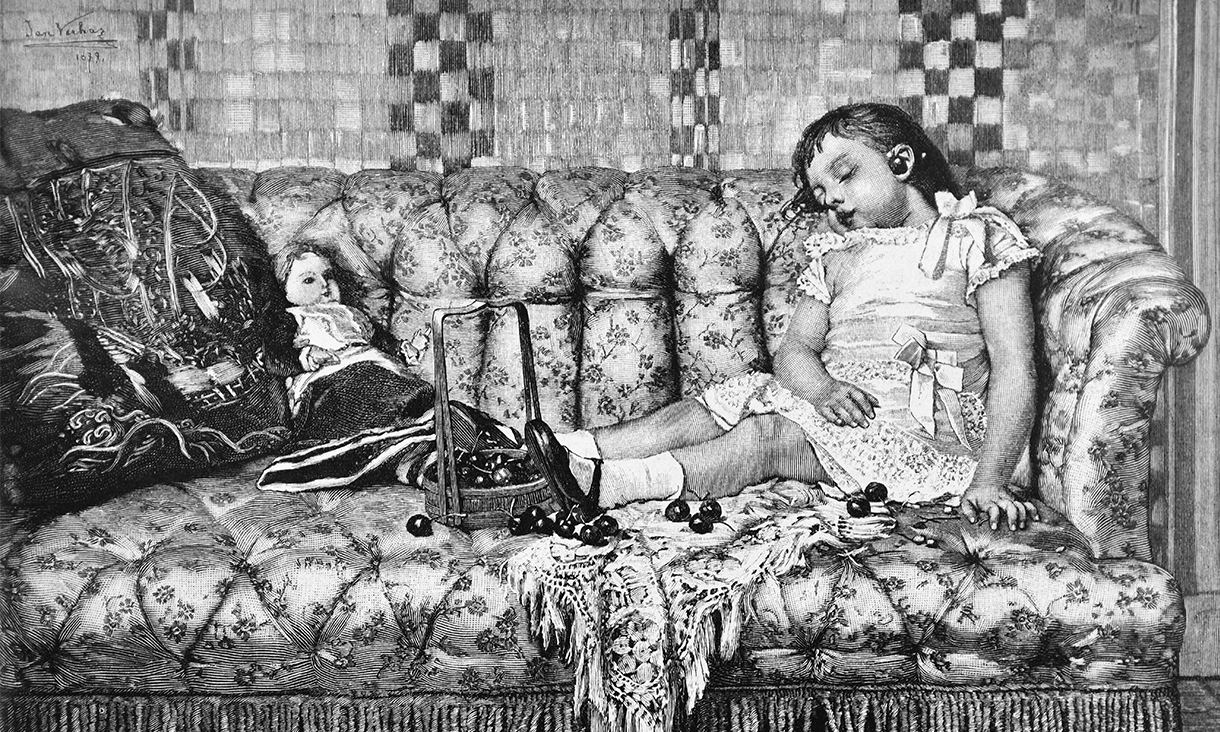 It may be that our bodies prefer sleeping in two phases. Getty Images.

It took some time for their sleep to regulate but by the fourth week a distinct two-phase sleep pattern emerged. They slept first for four hours, then woke for one to three hours before falling into a second four-hour sleep. This finding suggests bi-phasic sleep is a natural process with a biological basis.

Today’s society often doesn’t allow for this type of flexibility, thus we have to conform to today’s sleep/wake schedules. It is generally thought a continuous seven to nine-hour unbroken sleep is probably best for feeling refreshed. Such a schedule may not suit our circadian rhythms however, as we desynchronise with the external 24-hour light/dark cycle.

To successfully maintain a split sleep schedule, you have to get the timing right – that is commencing sleep when there is a strong drive for sleep and during a low circadian point in order to fall asleep quickly and maintain sleep.

Some of the key advantages of a split sleep schedule include the flexibility it allows with work and family time (where this flexibility is afforded). Some individuals in modern society have adopted this type of schedule as it provides two periods of increased activity, creativity and alertness across the day, rather than having a long wake period where sleepiness builds up across the day and productivity wanes.

In support of this, there is growing evidence suggesting naps can have important benefits for memory and learning, increasing our alertness and improving mood states. Some believe sleep disorders, like sleep maintenance insomnia, are rooted in the body’s natural preference for split sleep. Therefore, split sleep schedules may be a more natural rhythm for some people.

Split sleep schedules have recently begun to emerge as a potential alternative to continuous night shift work. Working at night has the combined problems of prolonged wakefulness (often working eight to 12 hour shifts) and circadian misalignment (working at a time of night when you would normally be asleep). Shift workers frequently complain of fatigue and reduced productivity at work and they are at increased risk for chronic disease such as obesity, type 2 diabetes and heart disease.

However, as might be expected, performance and safety can still be impaired if wake up and start work times are in the early hours of the morning. And we don’t know if these schedules afford any benefits for health and reduce the risk for chronic disease.

While the challenges of night shift work cannot be eliminated, the advantage of some split shift schedules is that all workers get at least some opportunity to sleep at night and do not have to sustain alertness for longer than six to eight hours.

Although we aspire to have consolidated sleep, this may not suit everyone’s body clock or work schedule. It might in fact be a throwback to a bi-model sleep pattern from our pre-industrial ancestors and perhaps work well in a modern industrial setting.

Originally published on The Conversation.