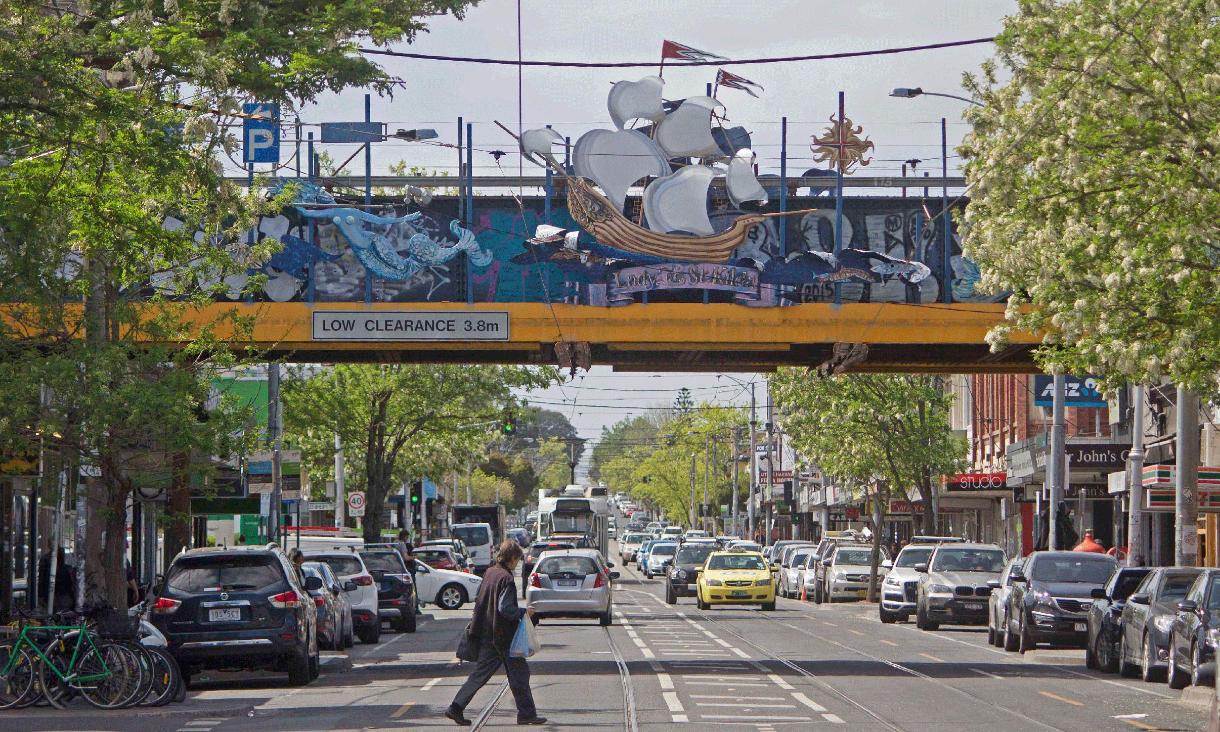 Train station precincts with more shops and apartment blocks are key to getting residents walking, a new report has found, with stations in Melbourne’s north and south-east ripe for redevelopment.

Examining 230 train stations across Melbourne, the researchers identified those in the city’s middle suburbs as ready to be further developed into activity centres with more retail and apartment blocks.

“If we want to reduce car dependency and get the most out of our train stations, redeveloping the area around them is the best way to encourage walking, cycling and active public transport use,” Gunn said.

“Many train station precincts in Melbourne don’t have basic features and amenities like supermarkets or bicycle storage that make living nearby useful for active transport or local living.

“Nor do they have high enough residential density, which means residents end up using their car instead of walking or cycling to and from home.

“The stations we’ve identified as ideal for reimagining as TODs have surrounding neighbourhoods with ‘destination features’ such as shops and community centres, multiple transport options, good street networks, residential density and retail opportunities.

“Rethinking train stations to make them about more than just transport is the future for a more healthy, liveable Melbourne.”

To assess the potential of the metropolitan train stations, the team looked at 14 walkability features such as accessibility to community resources, convenience stores, schools and other transport modes.

Using those features the researchers put forward three types of train stations; those located in inner areas with good walkability, those in the middle to outer suburban areas that have potential for redevelopment, and those that offer little more than a platform and car park. 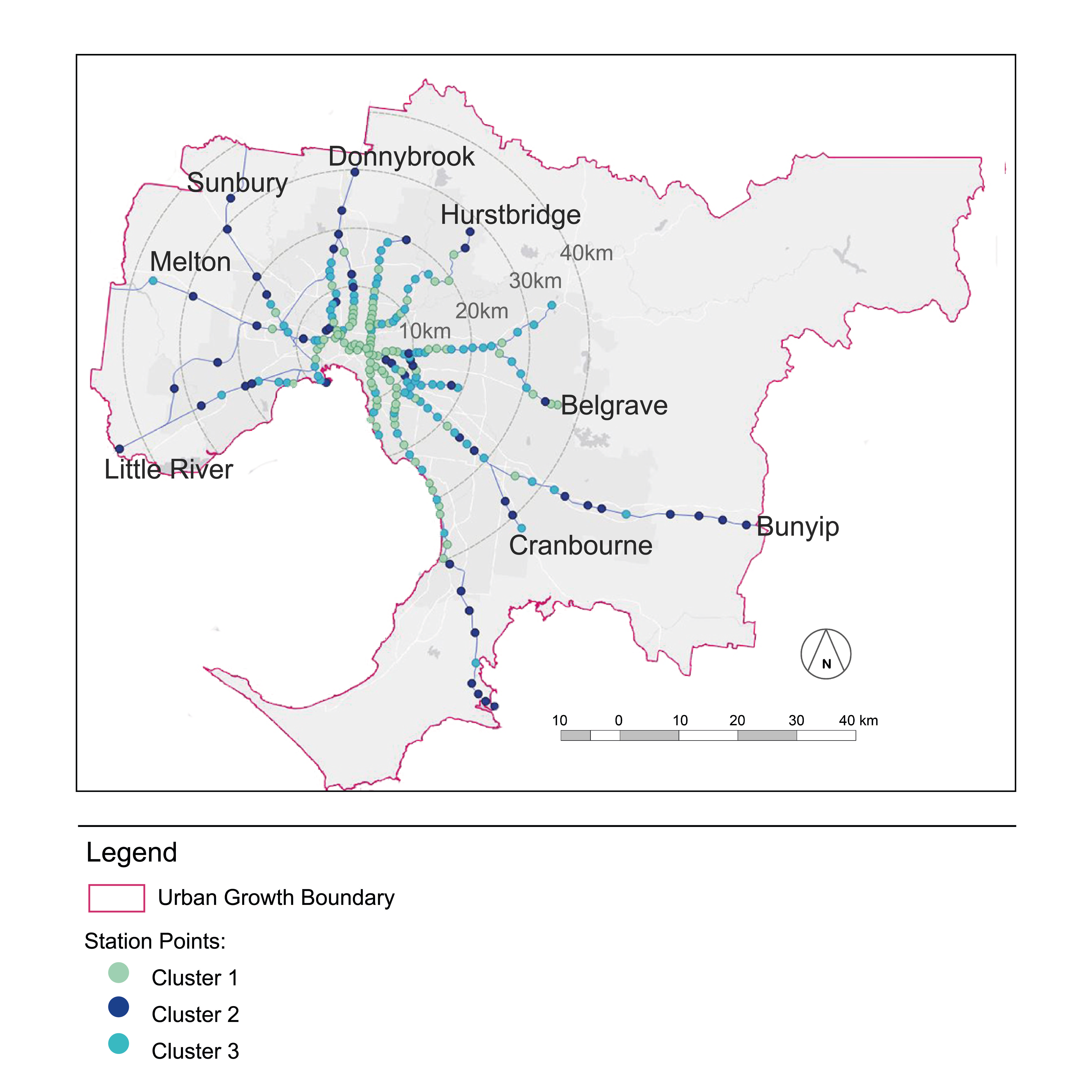 Map of metropolitan Melbourne train stations displayed by cluster type. Cluster 1 shows stations located in inner areas with good walkability, Cluster 3 shows those in the middle to outer suburban areas that have potential for redevelopment, and Cluster 2 identifies those that offer little more than a platform and car park.

Stations like South Yarra, Prahran and Balaclava were identified as highly walkable, having been designed to encourage walking and cycling, maximise public transport use and boost the health and wellbeing of nearby residents.

Stations that did poorly were unsurprisingly located in Melbourne’s outer ring due to a lack of connecting transport such as buses and lack of activity centre features.

“This makes it hard for people to get to the stations, meaning they have to rely on driving,” Gunn said.

“The recent announcement for 25 new carparks at Melbourne train stations by Prime Minister Scott Morrison will be welcomed by those living in outer areas where access to connecting transport, such as buses, is sparse and poorly provisioned.

“Ideally you want a ‘turn-up-and-go service’ where transport comes frequently and people don’t have to wait a long time for a train, bus or tram to turn up.”

Gunn says that for some stations, Melbourne could do far more with the car parking spaces.

“Mixed use developments consisting of retail, apartments and underground car parking could be the answer,” she said.

“It’s a better use of these ‘shovel ready’ spaces that will become increasingly valuable as the city grows.

“But we can’t do this everywhere and when other forms of public transport are lacking, increasing car parking spaces allows people to use trains to go longer distances without clogging the roads.

“Ideally all stations should be planned with zoning and street networks that facilitate walkability, as this futureproofs these areas for development at a later stage.”

Gunn said the findings, published in the Journal of Transport Geography, could be used to mitigate low walkability by using development strategies informed by the train station types and based on the features of the most walkable train station neighbourhoods. 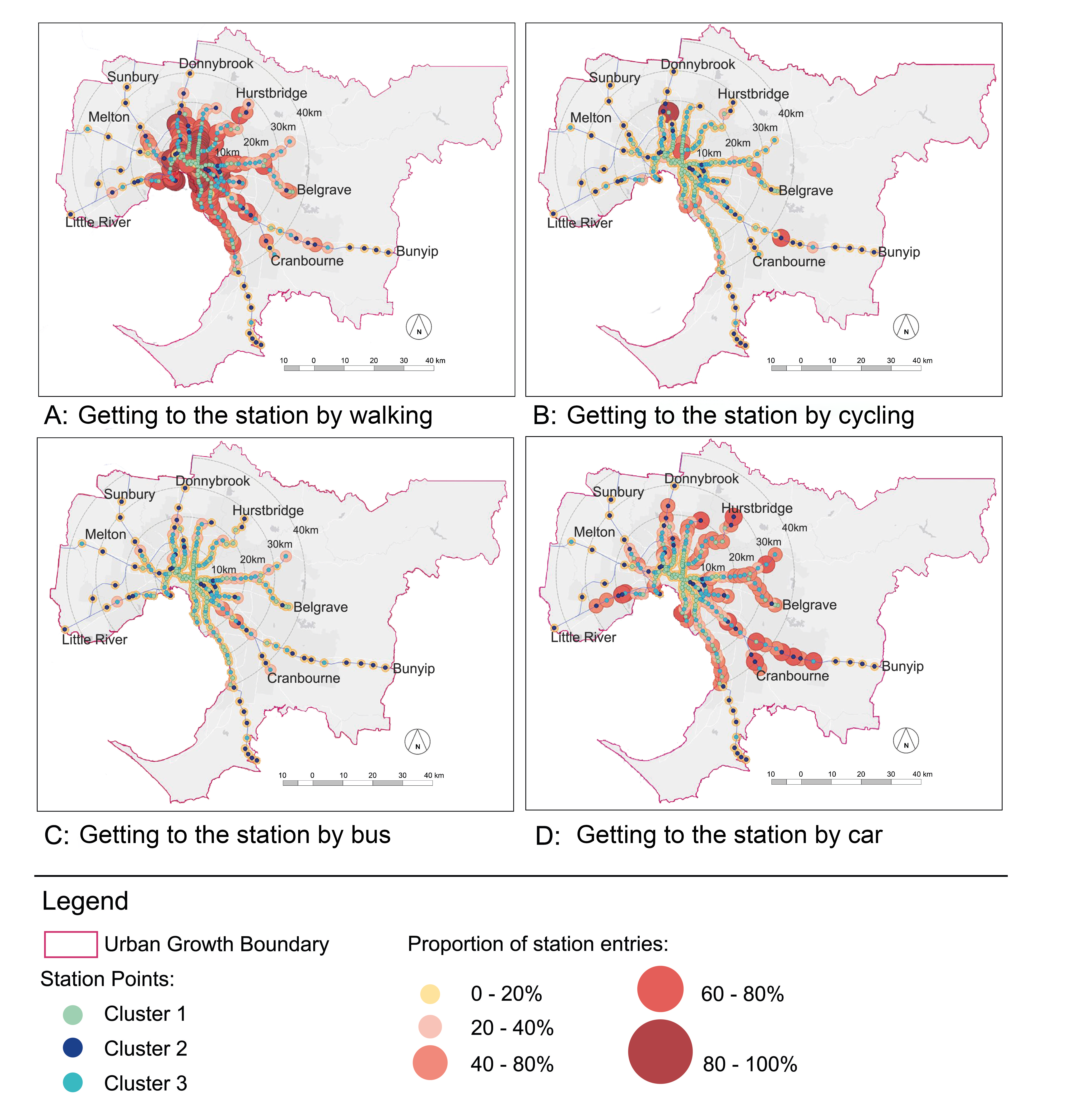