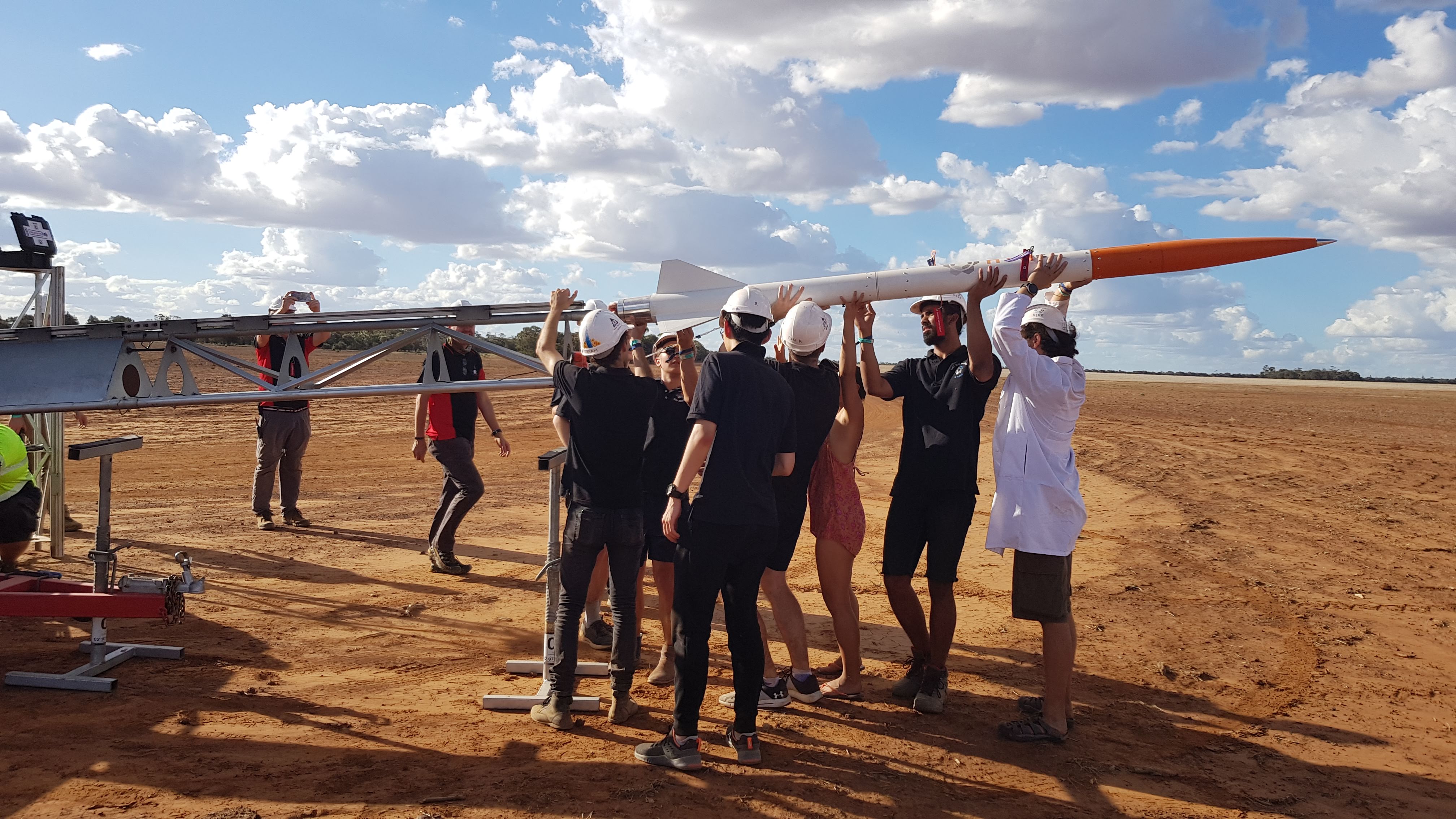 Now that Australia has a space agency, the next challenge is to find a niche in the expanding global race to commercialise space, writes physicist Dr Gail Iles.

Australia now has a space agency, and our federal and South Australian governments are looking to grow a prosperous space industry to boost productivity and employment.

The challenge for Australia is to find a niche in the expanding global race to commercialise space.

I suggest we should focus on microgravity experiments.

First of all, let’s get the definition of microgravity right.

Micro means very small, so the term microgravity is used interchangeably with “Zero-G” or zero gravity.

If you’ve seen videos of people floating on board an aircraft known as the “vomit comet”, they’re in microgravity. That doesn’t mean there’s no gravity; it means they are in freefall.

It’s the same sensation you may have felt at an amusement park, or in a fast-moving elevator when your stomach lifts up.

Microgravity research makes use of that freefall condition to conduct scientific experiments. It’s particularly interesting to do so because most systems we understand well usually behave differently in microgravity.

For example, on Earth the flame from a struck match looks like an inverted teardrop shape and is orange. In microgravity, that same flame is spherical and blue in colour. This is because heat transfer is very different in microgravity than in normal gravity.

We learn in school that heat rises: this is what makes the match flame become pointed at the top – all the heat in the flame is rising upwards.

In microgravity, heat doesn’t rise. It stays exactly where it is. So the flame in microgravity keeps its heat focused around the match and burns much hotter, which is why it appears blue.

Understanding these simple processes allows scientists and engineers to design equipment for use in spacecraft, which experience microgravity all the time. 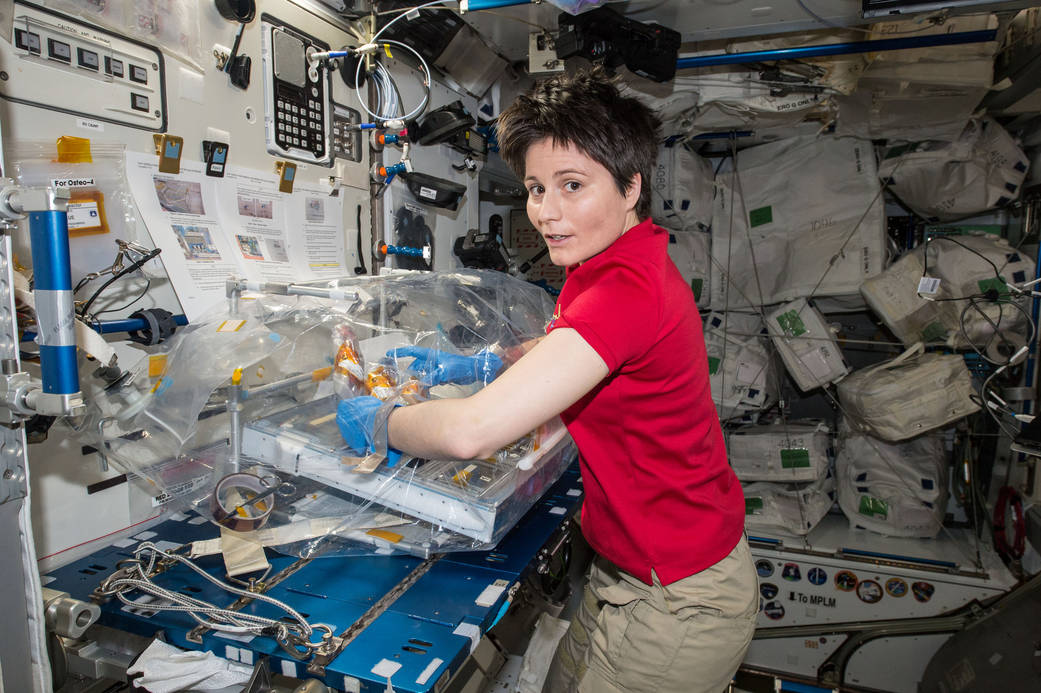 There are more than 300 experiments currently happening aboard the International Space Station, making it the largest off-world scientific laboratory.

From biotechnology to earth and space science, and from physics to human research, we are continually finding out new things about our world from experiments in microgravity.

Scientifically, such experiments have great value. For example, crystal forms of a protein involved in the disease cystic fibrosis – a life-threatening lung disease caused by a genetic mutation – can be grown in microgravity.

Without the effects of gravity, the crystals grow much bigger and with higher purity.

Researchers can use these “super crystals” to determine protein structure, and improve the drugs currently used to treat cystic fibrosis.

More efficient drugs reduce the need for lengthy lab-based research and development and improve the quality of life of patients.

Data from observations of how liquid metals solidify in microgravity has been used to change how we cast turbine blades on Earth.

Changes to these models and processes has resulted in the manufacture of lighter and stronger blades for aircraft engines.

Lighter aircraft leads to lower fuel consumption and so less greenhouse gas emission resulting in reduced airfares to the consumer.

Australia has little involvement with the International Space Station and we don’t have a Zero-G aircraft. So we must look to other types of microgravity platform to conduct any research.

Up until the 1970s we launched sounding rockets from Woomera, South Australia – but as a defence project those flights stopped when other countries pulled out.

A sounding rocket is so-called from “sonda” the Latin word for “probe” – it’s a rocket that takes measurements.

The rocket launches with a rapid acceleration which lasts for a few seconds. After the motor has used up all its fuel, the rocket traces out a huge arc in the sky, where everything inside is in zero gravity before it falls back down to earth.

Because we only need the rocket to be in freefall to achieve microgravity, the rocket doesn’t even need to go into space to conduct the experiment.

This growing number of microgravity platforms available in Australia provides scientists with a new environment in which to conduct experiments.

Student-built rockets are low cost – however, model rocketry is also high-risk, and not ideal for precise scientific measurements. If the safety parachute fails to deploy, the rocket risks a ballistic landing, destroying the rocket and everything on board – including that valuable scientific experiment.

Many nations have active sounding rocket programmes using reliable rockets that regularly launch to altitudes well above 100 km, the boundary that separates aeronautics from astronautics and the commonly accepted “edge of space”.

The site in the Northern Territory is sufficiently well advanced that NASA recently announced they would work with ELA to launch sounding rockets into sub-orbital space from the Arnhem Space Centre in 2020.

Thanks to the proximity of northern Australia to the equator and expertise in ground station operation, Australia has an opportunity to carve out a niche in launching sounding rockets to conduct microgravity research.

Dr Gail Iles is a lecturer in physics at RMIT University. She was previously an astronaut instructor at the European Astronaut Centre in Germany and holds a medal for extensive time spent experimenting in zero gravity. In 2011, Iles was presented the WISE Champion Award by HRH Princess Anne for inspiring children, particularly girls, to study STEM subjects.

Rise of the drones

The unmanned aviation industry is booming and RMIT is the first to deliver drone pilot training as part of a degree.