Shooting for the moon with science and tech

Shooting for the moon with science and tech

When John F Kennedy announced we were sending man to the moon, he kicked off an age of innovation that underpins science and technology today – and the Moonshot podcast is exploring the sector’s biggest ideas.

In the spirit of ‘moonshot thinking’ - a term coined by American entrepreneur Astro Teller to describe the philosophy of proposing a radical solution to a huge problem using disruptive tech – Moonshot unearths and investigates the big impact technology that’s right on our doorstep.

Launched in 2017 by RMIT alumnus Kristofor Lawson and co-host Andrew Moon the podcast racked up over 300,000 downloads in its first year and has now exceeded 750,000.

It was a finalist in the 2017 Melbourne Press Club Quill Awards and 2018 Australian Podcasting Awards, and was awarded 'Best Independent Media' at the 2018 ACS IT Journalism Awards.

Moonshot episodes have featured an impressive array of global voices, with Lawson and Moon interviewing a range of ambitious people trying to make impossible ideas a reality, or wrestling with ideas on how to improve life on Earth in the face of climate change and population growth.

Alongside traditional ‘moonshot’ topics, like the democratisation of space travel and the possibility of mining asteroids and other planets for the resources to save our own ecosystem, the duo also investigates ideas like the urban farming revolution and the future of meat.

Lawson said Moonshot aimed to be a trusted source of information about these big ideas.

“Technology is evolving so quickly that there’s no lack of content for us to be looking into and we’re getting access to lots of companies that we didn’t at the start of the program,” Lawson said

“Even in the two years since we started the podcast there’s been a lot of development, so we can go back and update our audience on the topics.

“We’re really focused on creating original content that hasn’t been heard before. As an example, we’re about to do a six-part deep dive into the electric vehicle space looking at the history of the industry – in 1900, 38% of all vehicles were electric – and the impact of Tesla,” Lawson said. 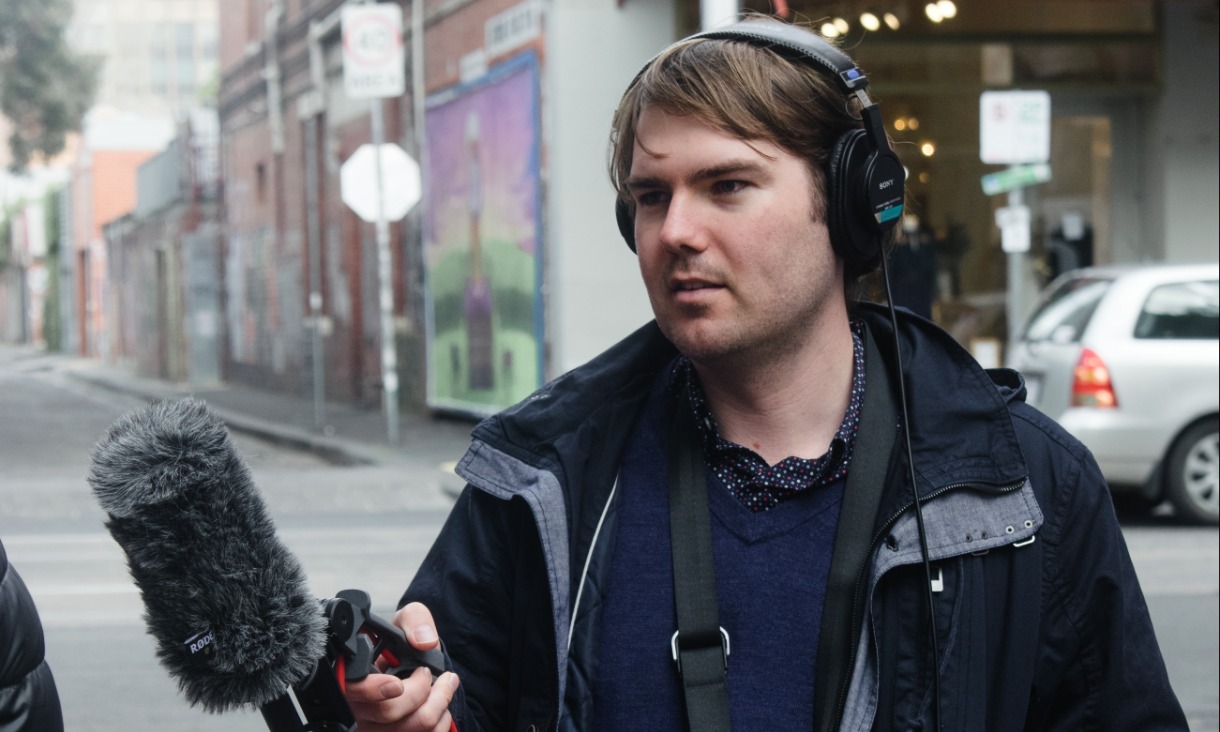 In 2018, Lawson Media was accepted into an RMIT Activator launch hub with the aim to turn Moonshot into the podcasting brand of Australia.

The company was successful in securing Activator seed funding of $25,000 which allowed the company to push ahead with Moonshot and also develop other content offerings, including a new show, Building a Unicorn, a deep dive narrative with successful leaders of global companies.

“One of the questions we asked was, how do you go from a small start-up that might have received traction in its local market, and take that to the rest of the world?” Lawson said.

“We had guests from across the world, from a range of different sized companies, some in the tens of millions of dollars valuation through to those worth more than one billion.

“We focused a lot on the quality of the program and it had great feedback,” Lawson said.

The team has also released a daily email newsletter, Moonshot Daily, a spin-off from the podcast that provides subscribers with a daily digest of what’s happening in future tech.

Lawson said the Australian podcast landscape had changed considerably since Moonshot was launched, with a smaller and healthier ecosystem in place now after a necessary contraction following an explosion of podcast companies about a year ago.

Moonshot listeners are largely US based and Lawson believes a lot of Australian podcast companies are yet to hit the mark when it comes to international audiences.

“A lot of Australian podcast companies tend to do these ‘talk’, conversation-style podcasts which are not exactly what works in the international market.

“There is definitely interest in the Dirty John / Serial-style podcasts, but the challenge is that they are very expensive to create and take a lot of time and resources to put together.”

Lawson added that successful podcasts like Teacher’s Pet by The Australian, which hit number one in the US charts and had great investigative journalism and a compelling story line, could have reached an even greater audience with more commitment to audio production quality and execution.

With a new series of Moonshot about to be launched, further development of Moonshot Daily and discussions underway about another season of Building a Unicorn, Lawson said he continued to benefit from the relationship with RMIT’s Venture Mentoring Service (VMS), a sister program to the prestigious Massachusetts Institute of Technology (MIT) mentoring initiative delivered through Activator.

The program is one of a number of strategic programs RMIT has established to help budding entrepreneurs create value from their ideas.

RMIT University has been rated among the world's best in the latest Excellence in Research for Australia (ERA) rankings.

A new touch-screen therapy tool could accelerate the recovery of patients who have suffered a stroke and change the way rehabilitation is delivered in hospitals and homes.