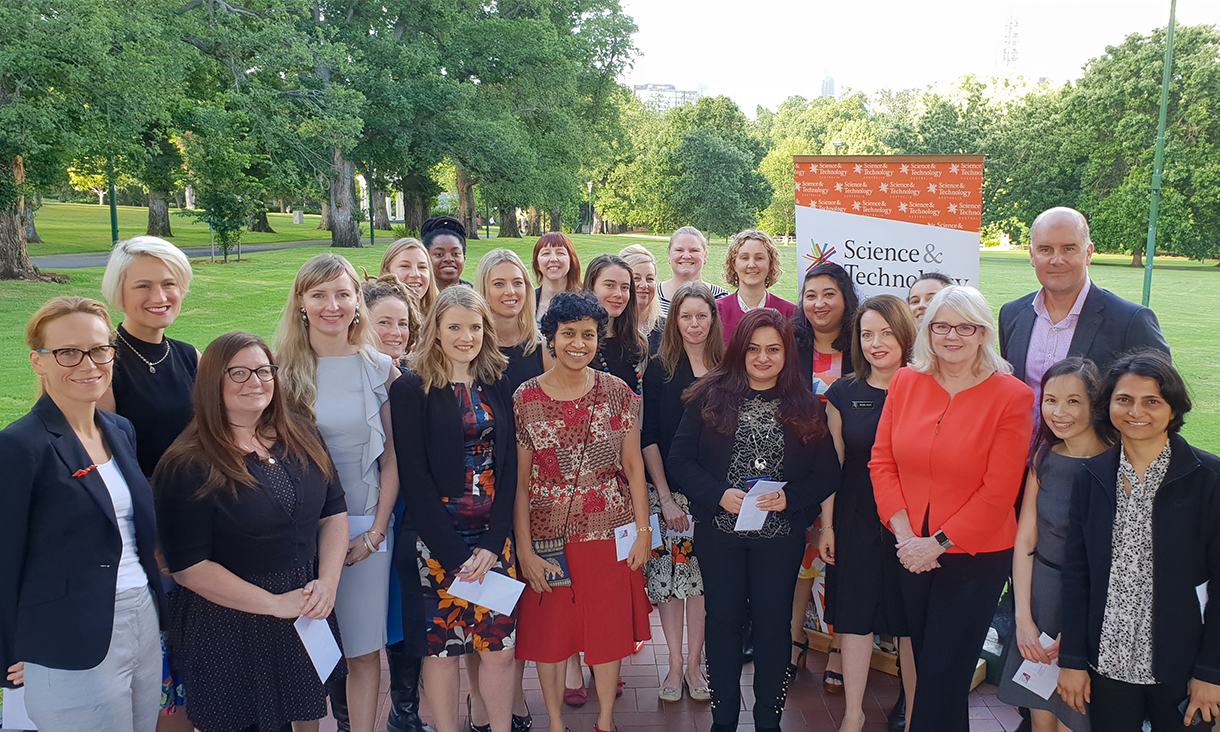 Three RMIT researchers from STEM have been named among 60 Australian women recognised for outstanding contributions to their fields.

They’re among 60 inspirational scientists, technologists and educators honoured by the program which aims to address gender assumptions about scientists and increase the public visibility of women in science, technology, engineering and maths.

Asha Rao, Associate Dean (Mathematical Sciences), said she was looking forward to the opportunity to showcase the importance of mathematics to a much wider audience.

“Currently I’m working on securing the Internet of Things to ensure privacy. Smart objects are infiltrating our lives at a very fast pace and they could very easily lead to privacy breaches, but the convenience far outweighs the security for most of us,” she said.

Biomedical engineer Kate Fox whose work is paving the way for a new generation of implants using materials such as diamond, said she was humbled to be included on the list of sensational women from around Australia.

“It will provide me with a platform to continue my quest to show the next generations what amazing engineering discoveries are being done at RMIT, and within Australia,” she said.

Samantha Grover, an environmental scientist, was also included on the list for her research into soils and climate change. She said the award was both an honour and an impetus to further build her skills in science storytelling.

“Find what you are passionate about, develop a network of other women researchers for mutual support and be prepared to work incredibly hard,” she said.

“The payoff is a super interesting and varied career in which you never stop learning. You could make a real difference to the world.”

President of Science & Technology Australia Professor Emma Johnston AO said the women will share their scientific knowledge with as many Australians as possible.

“Each Superstar will connect with hundreds of school children; feature in local, national and international media; and serve as a representative for their work, their discipline and their sector,” she said.