Talent bursting at the seams of VAMFF runway

Talent bursting at the seams of VAMFF runway

Meet three graduates who have been handpicked to showcase their work in the prestigious Virgin Australia Melbourne Fashion Festival (VAMFF) National Graduate Showcase.

School of Fashion and Textiles graduates, Amanda Nichols, Benjamin Garg and Conor Utri were among a group of 12 finalists who represented their collections before fashion industry professionals, media, and consumers on 7 March.

The National Graduate Showcase is a yearly highlight on the VAMFF calendar, exhibiting fashion creativity at its best. It has proven to be an unrivalled launching pad for new design talent into the industry: previous participants have gone on to work in the most famous fashion houses in the world, including Dior, Louis Vuitton and Versace.

The inclusion of RMIT graduates demonstrates their ability to stand out in the highly competitive global fashion industry and reinforces RMIT’s position as a global leader in fashion and textiles education, driven by strong industry connectivity.

Each designer credited the university for helping them develop their creative practice and create a strong approach to design.

The National Graduate Showcase is among a host of events that show off talented and innovative RMIT community at VAMFF, which runs from 1 March to 10 March 2019. 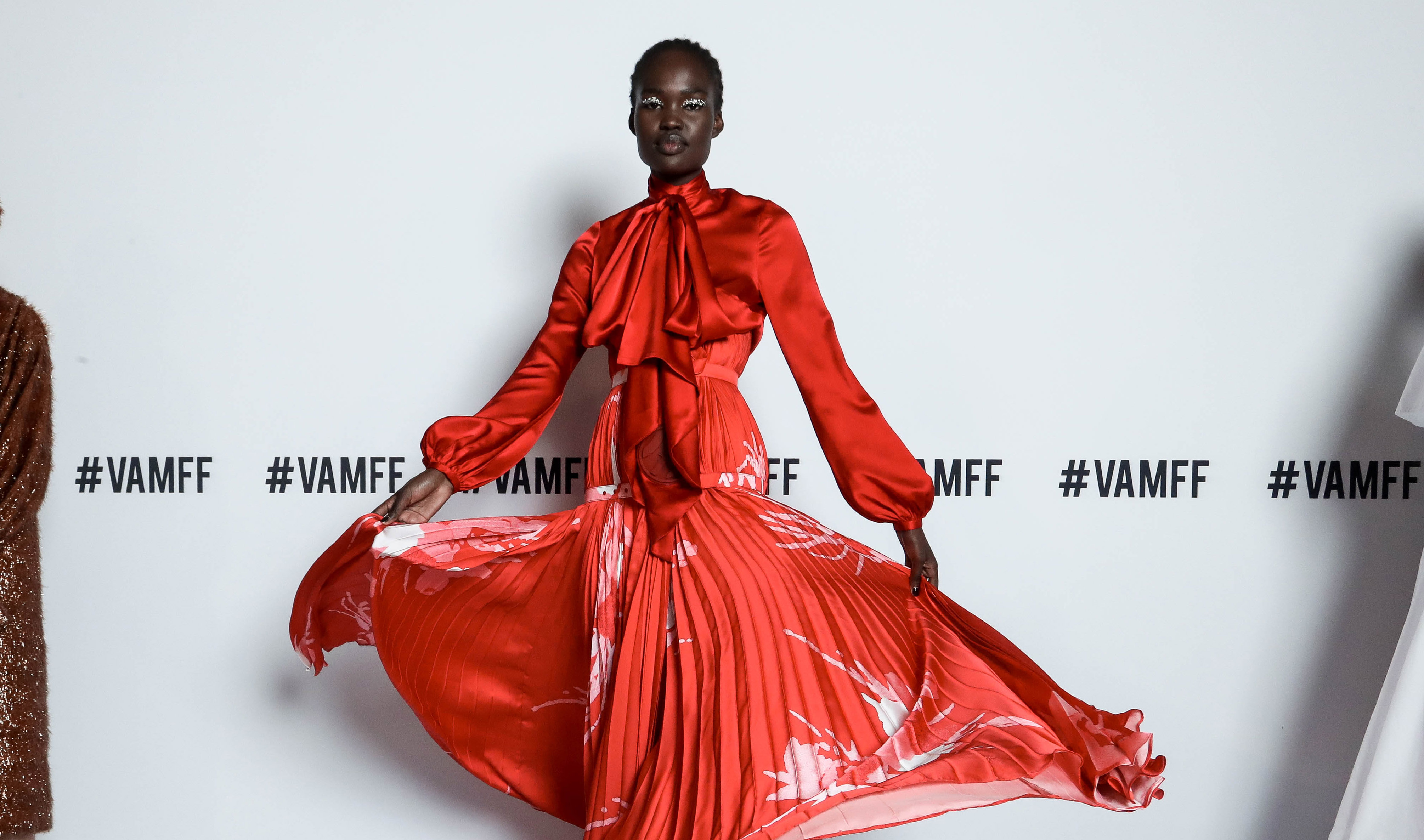 Prior to commencing the Master of Fashion (Design), Nichols already had some impressive credentials on her CV, having worked as a costume cutter with film credits including Baz Luhrmann’s Australia and The Great Gatsby.

In 2015, she received the Churchill Fellowship to further develop expertise in corsetry and couture technique, working in the Parisian ateliers of Givenchy and Schiaparelli.

Nichols will be showcasing her graduate project Replica, which is culmination of her experience from her career in the film industry, working in couture ateliers in Paris and research she undertook in V&A, Balenciaga, Kyoto costume museum and archives in Europe.

She said she was excited to see the reaction to the work from those who haven’t seen it before.

“I like to think of my practice as straddling the two worlds of a research-led practice and a new commercial approach, so I’m interested to find out the various interpretations of the work.”

Nichols said her time at RMIT was integral to developing her creative practice so quickly.

“I’m now a much more considered designer. When I am designing a garment, I am constantly unpacking how the various decisions I make relate to the concept, as well as how the viewer or wearer interprets the collection,” she said.

Her advice for aspiring designers was to figure out where they want to be and where they fit in the industry.

“There are so many versions of fashion practice as well as careers within the industry which are not design roles, so I think it’s good to work out what your strengths are and play to those,” she said.

“Actively seeking out creative practitioners apart from fashion strengthens your design vocabulary and allows you to draw from many sources when creating work.

“Chose a great school and research who the lecturers are within the particular institution, as well as checking out the work of the alumni. These people become your colleagues and your community of practice, I think it’s important to surround yourself with those who resonate with your own approach and where you see your practice fitting in the industry.”

Nichols’ selection for the Graduate Showcase is another addition to her growing list of successes: earlier in the year she was included in an exhibition held at the NGV in collaboration with Vogue Australia to showcase emerging designers to Anna Wintour during her visit to Melbourne.

In December, it was announced Nichols that was one of the winners of the Australian Fashion Foundation Scholarship award which included a $27,867 financial grant will allow her to undertake a six-month internship in Europe. 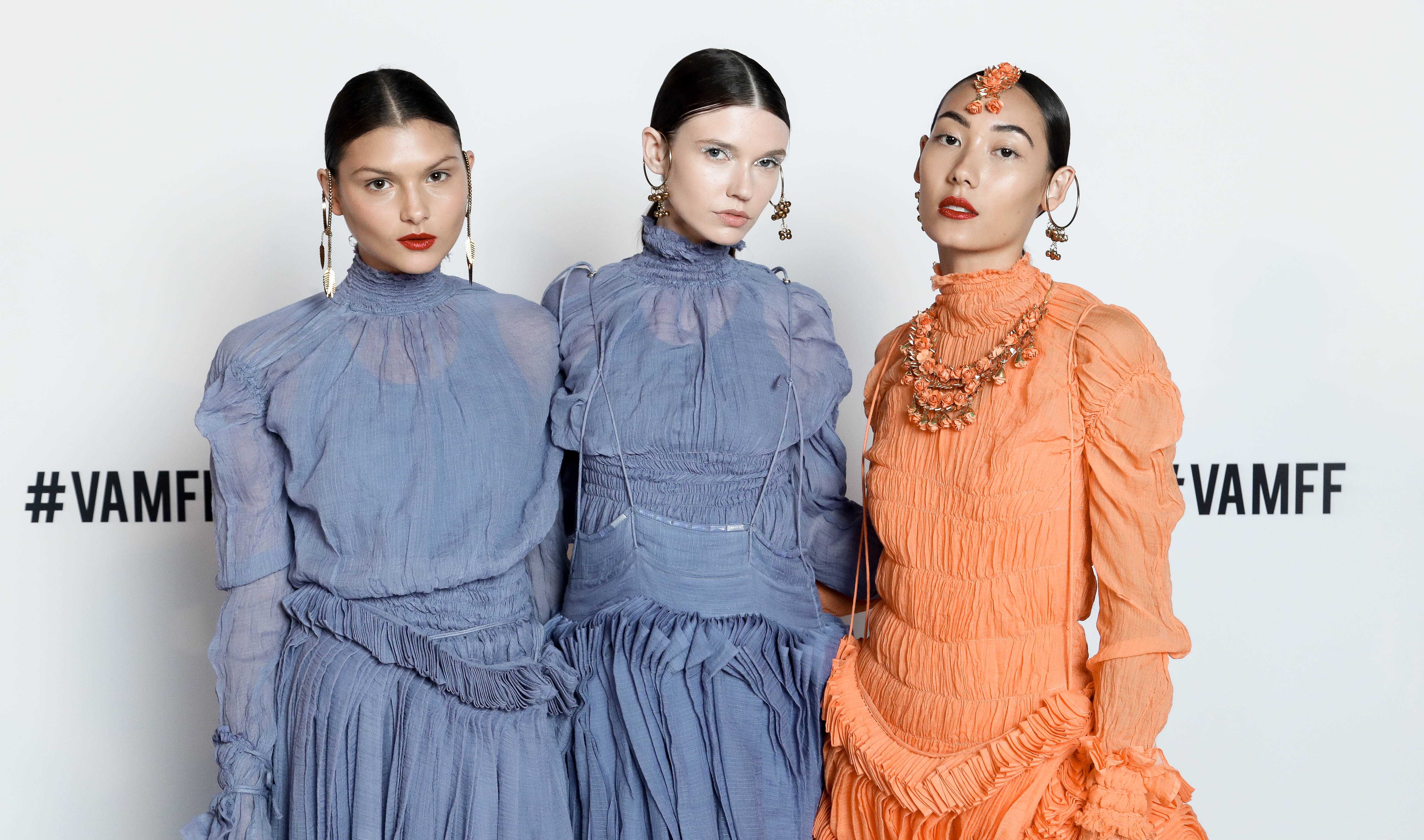 Another graduate of the Master of Fashion (Design), Garg hails from the small town Mudki, in Punjab, India.

He’s worked in the Indian education sector as an academic manager and has experience as a stylist and costume designer.

In his graduate collection Doria, Garg drew inspiration from textiles and handloom traditions form around the globe, particularly his home in India area surrounding Punjab and Rajasthan. Handloom saree weaving is traditional method of weaving in India, with each region having its own traditional waving pattern, colours, and designs.

Garg tried to understand the act of the draping Indian Sari, where a 7–12 metre piece of rectangular fabric is squeezed around the body by hand pleating, wrapping, knotting and tucking.

Over 20 metres of fabric have been used in a single skirt to create voluminous, playful, pleated layers of lightweight fabric that shape around the wearer. As a result, his creations are colourful and eye-catching.

Garg said years of research went into the creation of the delicate handlooms in his collection.

“RMIT has given me the potential and confidence to create my graduate collection. My classes here have helped me to create my own voice and gain exposure to critical parts of the fashion industry,” he said.

“Since my graduating show at MPavilion last year, I have been contacted by the various stylists for shoots for editorials which has been very exciting.

“I’m looking forward to what 2019 has in store for me in the coming months.”

Garg will also be presenting at the A-Z Files Fashion Awards in Adelaide in April, and is working on designing wedding dresses inspired by the Doria project. 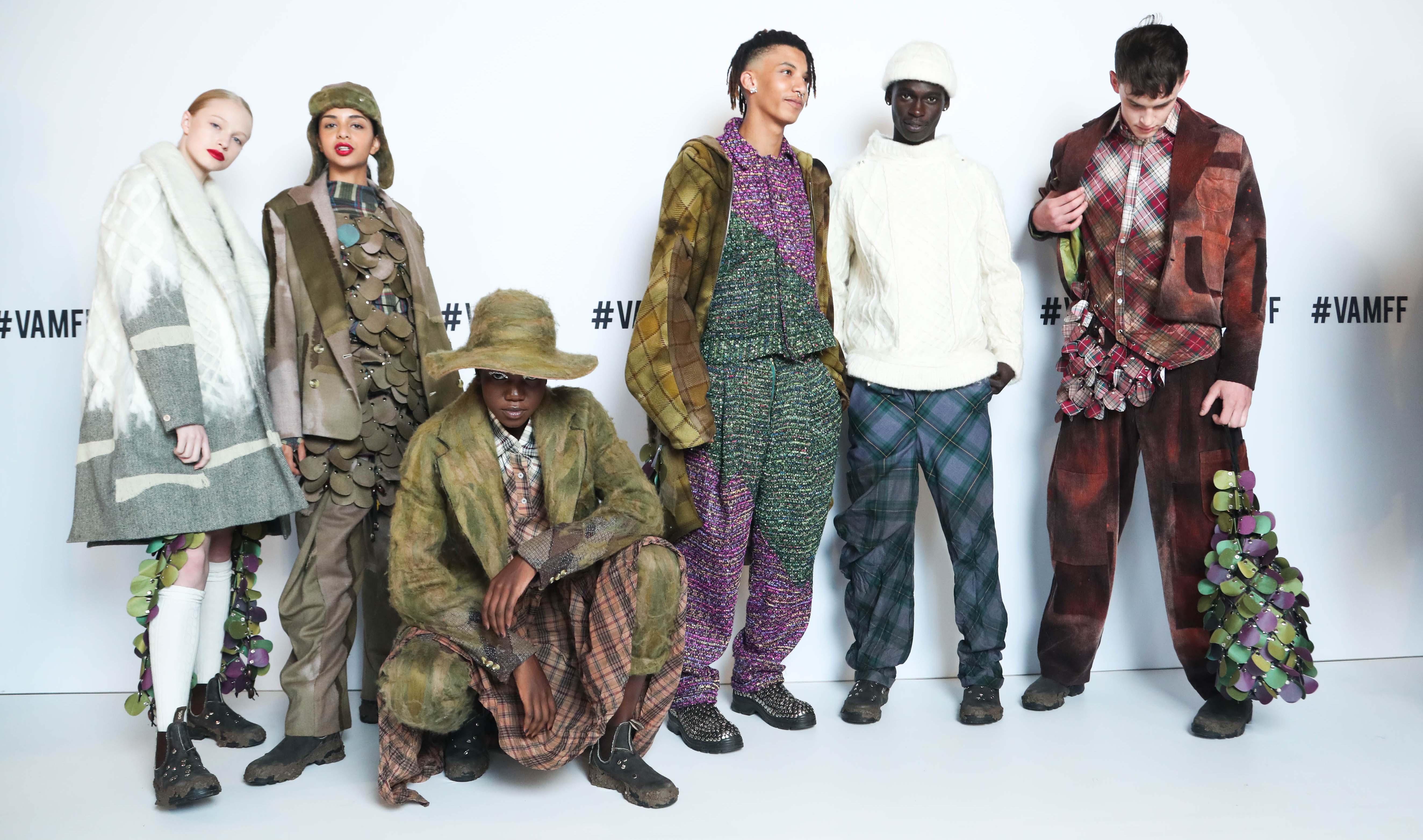 Conor Utri's collection, On a sheep and a rope. Photo: Lucas Dawson Photography

Utri, Bachelor of Fashion (Design) (Honours) graduate will be presenting his collection On a sheep and a rope.

Utri said the collection is inspired by alternative ways at looking at survival, particularly with its relationship to clothing and utility.

Utri said it felt good for his work to be recognised on a national scale.

“The showcase gives me an opportunity to showcase it to an audience that for the most part will never have seen anything of mine before.”

He said the lead up to the showcase had been challenging – the participants organise everything from funding, designing, making, and shooting the work themselves.

“The whole process is an incredibly tough and grinding experience.”

However, Utri said his experience at RMIT had been invaluable.

“Being exposed to a range of practises within fashion design from the staff at RMIT has built up a range of strategies that I’ve adopted in my own practice, developed a stronger perspective to my own personal design process.”

His advice for people who are interested in studying fashion was that they must be willing to put in immense hours of work required to make quality output.

“You have to be obsessive about the discipline and constantly look for things to learn and increase your skillset,” he said.

Utri is interning locally in Melbourne before setting his sights on gaining international experience in London later this year.

The inaugural Fashion & Textiles Youth Assembly brought students together from across the School of Fashion and Textiles on Tuesday to discuss the state of the current and future fashion industry.