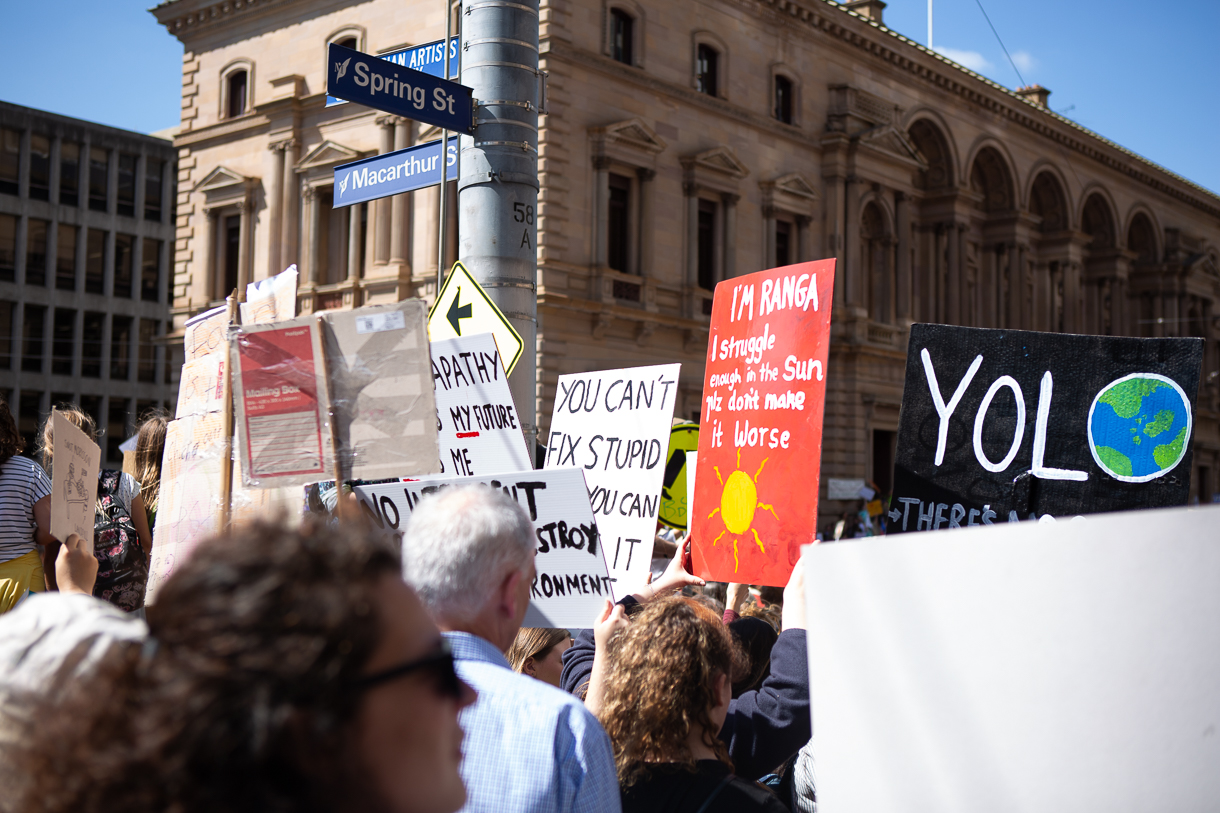 Climate action is rated as a top priority among voters in the lead up to this year’s Federal Election. How does it affect other key campaign issues?

Polling shows the majority of Australians are concerned about climate change as a “big picture” issue affecting everyone, everywhere, and they want the Australian Government to implement policies that will rapidly and radically decarbonise the economy.

As voters prepare to go to the polls on May 18, our experts from the RMIT Centre for Urban Research explain how climate change affects key ballot-box issues and why 2019 should be the #ClimateElection.

The impact of climate change can trigger economic activity.

However, in the long run, these activities aren’t enough to trigger the money multiplier effect that economists see as instrumental to driving long-term economic growth.

Replacing destroyed or redundant infrastructure can create a short-term economic surge, but climate change brings with it a number of other costs.

For example, agricultural commodities are expected to rise across the board as land becomes less fertile.

The fishing industry will suffer as global catches decline due to warming seas. Summer fires will increase and forested areas will continue to decline.

These types of costs will impair Australia's economic health for decades.

Renewable energy technologies employ far more workers on a per kilowatt hour basis and they are far more productive and creative jobs.

Transitioning out of coal and oil should be the top priority for the Australian Government.

Policy makers should consider levying carbon taxes on fossil fuel energy use, and using the generated funds to advance a clean energy transition.

Infrastructure such as transport, coastal protection, such as seawalls and groynes, and utilities are critical community assets as well as being vital for economic productivity.

Climate change can affect our infrastructure through various extreme weather hazards, which are expected to increase in number and strength.

Extreme rainfalls can cause erosion of roads and railways.

Similarly, the increase in heat events leads to material and structural damage to road surfaces, rail tracks and bridges, due to thermal expansion.

It is crucial that we adapt our infrastructure to the new conditions. Therefore, policy makers must revise policies and regulations for planning and construction, as well as finance and implement measures to prevent and react to damage. 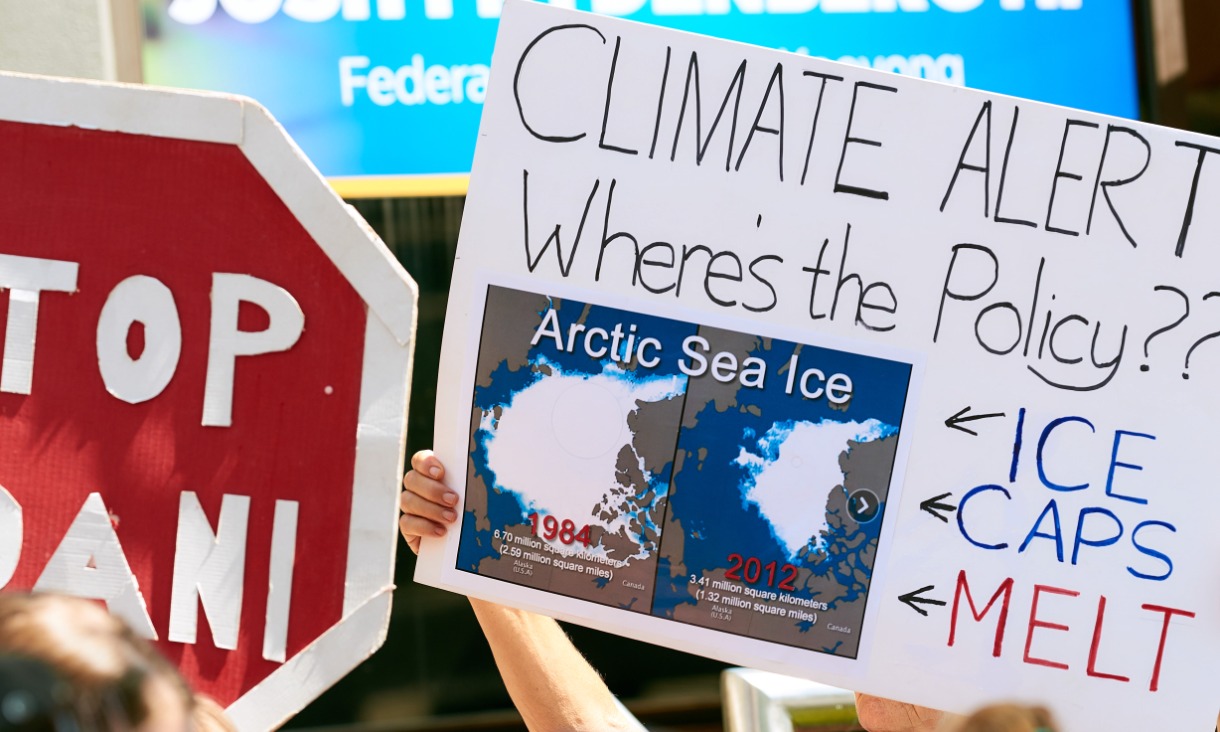 Australians voters want rapid and dramatic policies now from their politicians on climate action. Image by Julian Meehan via Flickr/CC BY 2.0.

It might not be top of mind when it comes to the impacts of climate change, but it doesn’t take a disaster to disrupt children’s education.

While extreme heat, bushfires and floods pose a substantial threat to education, with damage to buildings and infrastructure keeping schools closed for extended periods of time, increasingly hotter months can also impact students.

During the summer, Australian classrooms are known to frequently exceed 30C, which can have a dramatic effect on a child’s performance as well as their health, with students reporting headaches, nosebleeds and heat stress.

Most Australian school buildings aren’t equipped for extreme heat, with air conditioning below standard in many schools, typically older ones.

Some states have policies for dealing with severe heat. But, with such events increasing, more frequent school closures and disruptions to learning could be the norm.

Housing is one of the most basic human needs, yet it could be under threat with a changing climate.

Although Australia’s urban housing stock has increased rapidly in recent years, the design of this housing hasn’t adapted to the current climate.

Most Australian housing is vulnerable, either due to its location in fragile coastal areas or bushfire or flood-prone regions.

There's also been a lack of considerations for adaptive design to deal with challenging scenarios such as heat stress or ground liquidation.

Should anything happen to the almost eight million residential buildings across the country, housing recovery is expected to exceed $3.5 trillion.

Without a suite of policies from both State and Federal Governments addressing issues such as land-use planning, urban form, building standards for greenhouse gas emissions and insurance concurrently, climate resilience will be painfully slow.

Climate change has been recognised as one of the greatest threats to our health and wellbeing.

Globally, warmer temperatures are pushing disease vectors such as mosquitoes into new habitats and thawing permafrost in the Arctic is potentially releasing historic diseases that haven’t been seen for hundreds or thousands of years.

Locally, air pollution is a very significant cause of morbidity and mortality. Allergies are also increasing under climate change.

Drought, rising sea levels, reduced availability of freshwater and increased rates of natural disasters means that tens of millions of people are already being displaced by climate change each year. That figure’s expected to rise to about 200 million by 2050.

Yet, there’s no global recognition of, nor protection for, people displaced by extreme weather events.

Given Australia is one of the highest per capita emitters of climate pollution, we have a moral responsibility to be leaders at both stopping climate change and implementing global and domestic policies to support those displaced by climate change.

Being dependent on natural resources and weather, agriculture is especially vulnerable to climatic changes and extreme events, with implications for production levels, animal welfare and business viability.

Threats to the agricultural industry include increased production costs, changes to credit and insurance markets, disrupted supply chains, changing infrastructure needs and emotional strain on rural communities. In some cases, farmers are making the heartbreaking decision to leave the land and seek help for extreme mental health challenges.

On World Environment Day, we take a look at some of the simple ways we can individually and collectively help boost biodiversity in our own backyards and beyond.