Media more important than ever as political moralities decline

Media more important than ever as political moralities decline

The media must call out nonsense when it sees it and distil dishonest rhetoric from the debate, not contribute to it, according to RMIT’s newest Adjunct Professor, Barrie Cassidy.

Speaking publicly in his RMIT capacity for the first time, the high-profile journalist said the media had become a battleground, rather than the traditional journal of record. 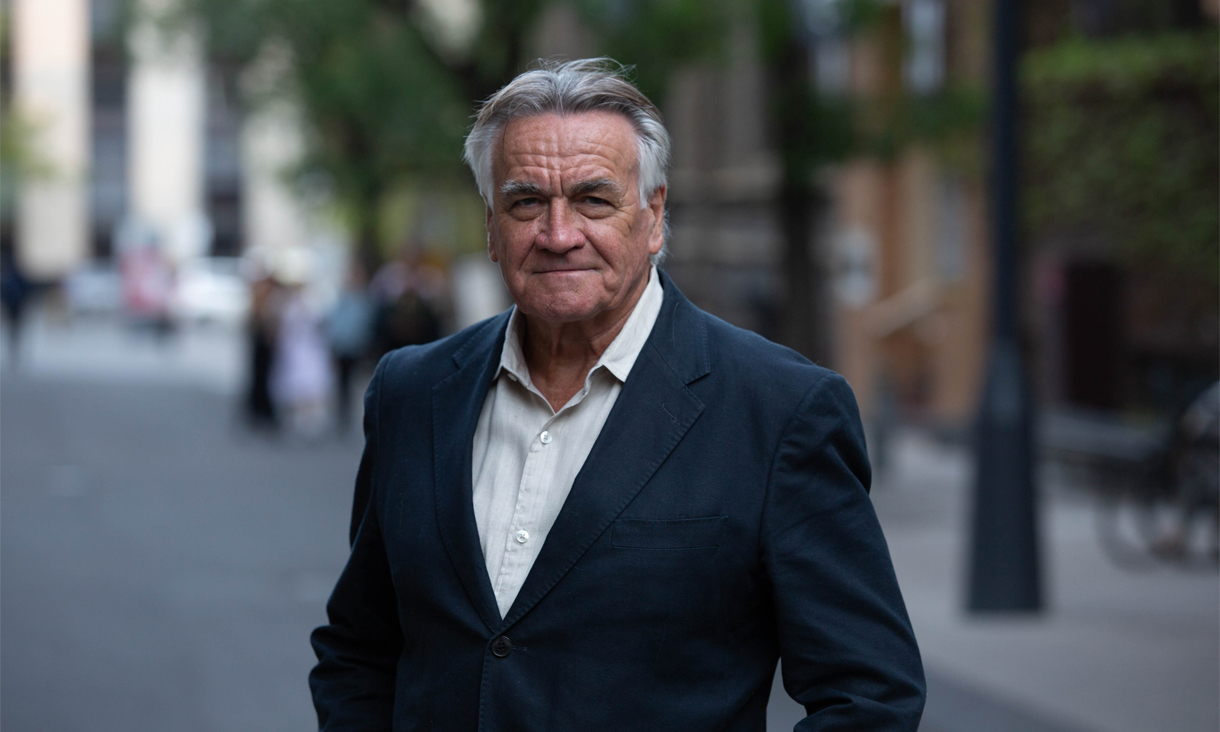 “So much of what we see and read is now straight out propaganda,” he told a packed audience as delivered a public lecture at RMIT’s The Capitol last night.

“It’s the media’s responsibility to call out nonsense when they see it, to distil the dishonest rhetoric from the debate, and to try to put the shrill accusations from all sides into perspective, not contribute to the process.

“The media should resist the temptation to cover politics as they would a football match, analysing the strategy and the tactics, rather they should be putting the focus on the policies and how these policies would impact on people.”

Cassidy also expressed concern about the decline of political moralities, in Australia, the UK and the US, where democracy was under threat from President Donald Trump’s constant abuse of power and improper use of executive privilege.

“A leader sets national standards. A leader is a mentor, an example, a motivator, a conscience for the nation. We look to our leaders for guidance, to set moral standards, to show compassion and empathy. But apparently not anymore.

“The world of politics is drifting away from fundamental decencies, from well-established political norms. Values no longer seem to matter – as long as the economy’s strong.

“Individual behaviour like that from Trump is more often than not dismissed with a shrug. He dismisses accepted global protocols in a single tweet.”

He said a lot of analysis on Trump suffered because so much was “factored in” and the country and the media, by and large, had become desensitised.

“That approach allows the President’s appalling record; his often-vile behaviour, to be carted away with yesterday’s garbage when it should be dumped on your doorstep every day,” he said.

Cassidy grew up in the north-eastern Victorian town of Chiltern, and, like many Australians in the 1960s and 1970s, attempted to leave school after Year 10, applying for jobs in a shoe shop and a bank. He finished school and started his reporting career as an 18-year-old cadet at the Border Mail.

He went on to become an award-winning political correspondent, foreign correspondent, press secretary to former Prime Minister Bob Hawke and, until recently, host of the ABC’s flagship political discussion program Insiders for 18 years.

Cassidy said he was honoured to become an Adjunct Professor at “one of Australia’s great learning institutions”.

“Given my background and education, it’s more than passing strange to be identified as a professor,” Cassidy said.

“I don’t come to this position as an academic, obviously. But, rather, as someone who has used my profession to continue to educate myself the ensuring five decades.”

He said journalism not only encouraged, but demanded, a curious mind.

“I hope that I can now, in some small way, give something back in that regard,” he said.

Bachelor of Communication (Journalism) program manager Dr Alex Wake said Cassidy was one of Australia’s best journalists and the faculty was delighted someone of his calibre had decided to invest their knowledge into the next generation.

"RMIT values its strong links with industry and Journalism at RMIT has particularly close industry ties. Having Barrie as an Adjunct Professor will give our students that extra edge that's expected of an RMIT graduate,” Wake said.

"Barrie’s already been in for a few of our classes, assisting students to prepare for national broadcasts, and we know he has a lot more to give.”

A new touch-screen therapy tool could accelerate the recovery of patients who have suffered a stroke and change the way rehabilitation is delivered in hospitals and homes.

A new virtual reality (VR) project presented at The Capitol is exploring and confronting the intersection of technology and the human body.