Non-Muslims who live close to Muslims are less likely to be Islamophobic, study shows

Non-Muslims who live close to Muslims are less likely to be Islamophobic, study shows

New research looking at the attitudes of non-Muslim Australians supports the theory that contact between people of different backgrounds reduces prejudice.

The most recent Islamophobia in Australia report shows Muslims continue to be the targets of hostility and violence.

The September 11 terrorist attacks in 2001 propelled them to this unenviable position.

More recently, Islamic State has reinforced Western fears of and antipathy towards Islam and Muslims.

Our new study finds non-Muslim Australians living in areas with high numbers of Muslims are less Islamophobic than the general populations of Sydney and Melbourne.

This suggests living side-by-side could be an antidote to Islamophobia.

Islamophobia refers to indiscriminate negative attitudes or emotions directed at Islam or Muslims.

Australians typically know very little about Muslims and their faith.

As a result, they tend to lump together this vastly diverse group as backward, gender-oppressive and violent.

The “religious visibility” of some Muslims exacerbates this issue.

We see Muslim women wearing hijabs or face veils, and quickly - as well as wrongly - conclude all Muslims are traditional and far too serious about their religion for our modern and secular standards.

Just like any other large population group, Muslims come from a variety of ethno-cultural and socio-economic backgrounds.

As sociologist Riaz Hassan noted in 2018, 37% of Australian Muslims are born here, and the rest come from 183 different countries.

Islamophobia in Sydney and Melbourne

In the 2016 Census, more than 600,000 people identified as Muslims, with about three-quarters living in Sydney and Melbourne.

They tend to be concentrated in specific suburbs, where they are also visible through ethnic businesses, schools and places of worship.

Our study examined Islamophobia in the top ten Muslim suburbs of Sydney and Melbourne, in comparison with the rest of the two metropolitan areas.

The proportion of Muslim residents in the selected areas ranged from 59% in Lakemba, NSW, to 30% in Dandenong, Victoria, according to census data. 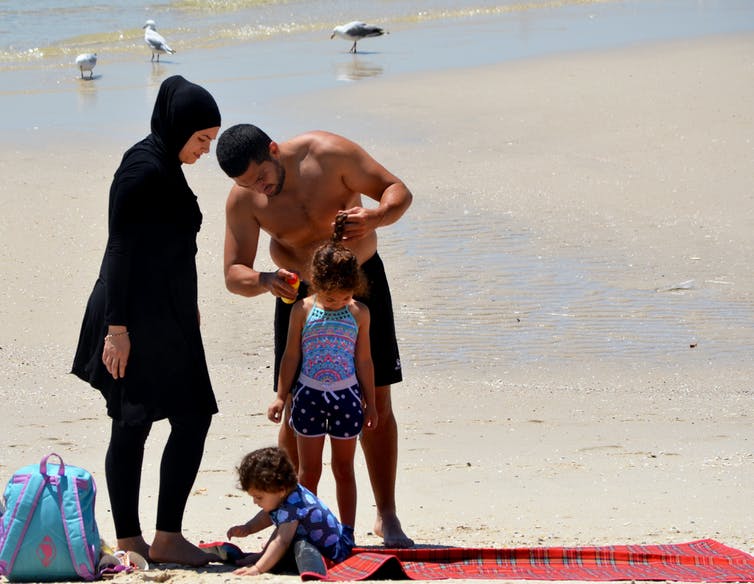 Most of Australia’s Muslim population live in Sydney and Melbourne. www.shutterstock.com

We surveyed 1,020 people - half in the target areas and half in the greater metropolitan areas of Sydney and Melbourne.

Respondents were given a series of statements, such as, “the number of Muslims in Australia is too high,” “I am worried about Muslims forming enclaves in Sydney or Melbourne” and “I dislike seeing Muslim women with their hair covered”.

They were asked to agree or disagree on a five-point scale, which produced their “Islamophobia score” from one (no prejudice) to five (high prejudice).

Living close by is key

Our study found non-Muslims living in Muslim areas were less Islamophobic than the general populations of Sydney and Melbourne, scoring 2.31 compared to 2.80.

This adds evidence to the “contact theory”, which states that usually, but not always, contact between people of different backgrounds reduces inter-group prejudice.

This is opposed to “threat theory”, which proposes encounters between individuals from different groups may, in certain circumstances, increase the feeling of anxiety and threat.

Our study also found Sydneysiders were less Islamophobic than Melbournians.

In Muslim areas of Sydney, non-Muslims’ Islamophobia score was 2.18, compared to 2.32 in comparable areas of Melbourne.

This could be due to the fact Muslims are more geographically concentrated in Western Sydney and more dispersed in Melbourne - again pointing to the theory that more contact with a minority reduces prejudice.

What about age and education?

We can’t be complacent

Compared to many other Western countries, Australia is not the worst place to be a minority Muslim. A 2015 survey found only about 10% of Australian respondents were highly Islamophobic. 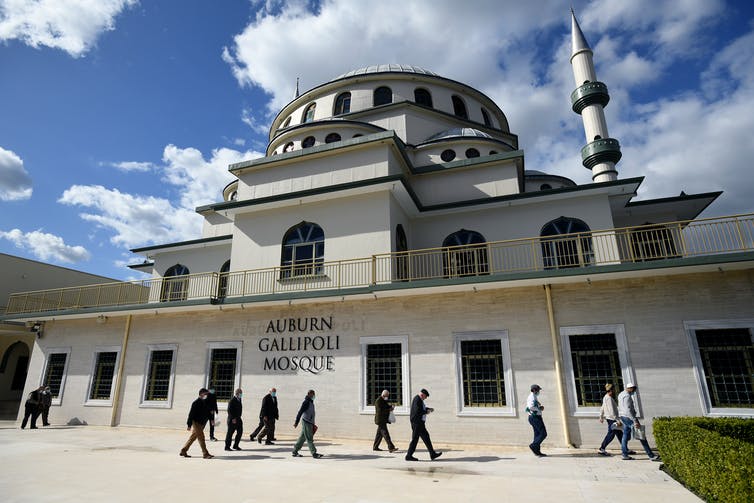 About 10% of surveyed Australians had high levels of Islamophobia. Joel Carrett/AAP

However, we should not be complacent, especially after last year’s Christchurch mosques terrorist attacks, perpetrated by an Australian.

We know media coverage is critical when it comes to Islamophobia.

This can expose people to negative portrayals of Islam and Muslims, intolerant statements by political leaders and other opinion makers.

It is therefore highly concerning when prominent figures like One Nation leader Pauline Hanson makes headlines declaring she believes Australia is in danger of being “swamped by Muslims”.

Or wears a burqa in parliament to raise alarm.

With Muslims making up just 2.6% of the total Australian population, her comments were not only xenophobic but incorrect.

The elegant minarets of Auburn, Meadow Heights and other mosques add character to Australian suburbia.

Yet they attract more fear than admiration or curiosity, as shown by anti-mosque protests in Australia and minaret bans in some European countries.

Our study shows when non-Muslims interact with Muslims, they are less likely to be Islamophobic.

It suggests an important way to combat Islamophobia is to have more rather than fewer Muslims among us and to learn more about their religion and way of life.

Adrian Flitney is a research assistant at RMIT University. He has a PhD and a number of research publications in an esoteric area of Quantum Theory known as quantum games.