Graduates Phoebe Watson and Morgan Meehan-Lam are set to shake-up the video games industry, bringing their unique experiences to the virtual world.

Getting Over It with Bennett Foddy is a platformer video game where the player painstakingly tries to climb through an obstacle course.

Go-to gaming platform Steam called it a “punishing climbing game” and, for graduate Phoebe Watson, it was the perfect metaphor for 2020.

“We all expected 2020 to be really exciting, and then it all came crashing down around us.” 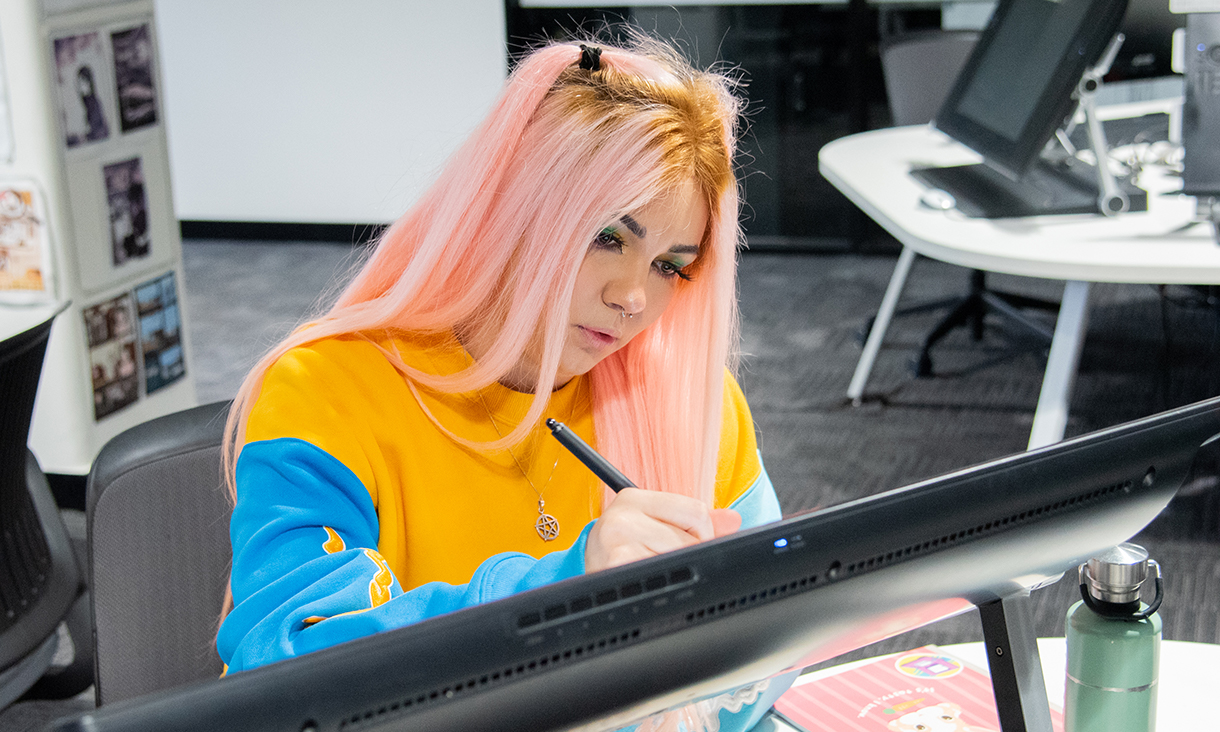 On Thursday, Watson will join the class of 2020 in graduating from one of the most challenging years in recent memory.

Watson is a proud Yarrer Gunditji woman of the Maar Nation and moved to Melbourne in 2018 to study the Bachelor of Design (Games).

“I’d go to the Ngarara Willim Centre with my friend and we would use it as a quiet space to study,” Watson said.

“They were super helpful with making sure I was enrolled correctly and applying for scholarships.”

While studying, she found work as an Indigenous game designer with DragonBear on the co-op adventure game Innchanted.

Innchanted is set in an Australian-inspired fantasy world where players run a magic potion brewery.

Watson’s role was to integrate Indigenous culture within the game design elements.

“I did a lot of consultation with Indigenous elders to make sure all the themes were appropriate, including the story, lore and characters,” Watson said.

“In Indigenous culture, for example, the earth is this primary thing we take sole responsibility for and that is something we reflected in the game.”

There is a growing trend of video games weaving Indigenous culture into their narrative, with the recently-released Virtual Songlines – a game about learning Indigenous techniques and tools to survive in the outback.

Watson said it was important to integrate Indigenous culture into video games as a new approach to learning about Aboriginal history.

“When it comes to Aboriginal culture, it’s rare to have non-confrontational ways of telling our history because of how sad and dark it is.

“So, to have it in this completely different and area of play is really cool.”

Despite the frustration and near rage-quits, Watson said that there were some silver linings in 2020.

“The game design industry already does a lot of remote work, so it was almost like a bit of work experience,” Baker said.

“Instead of meeting job deadlines, it was assignment deadlines, so it was sort of similar.” 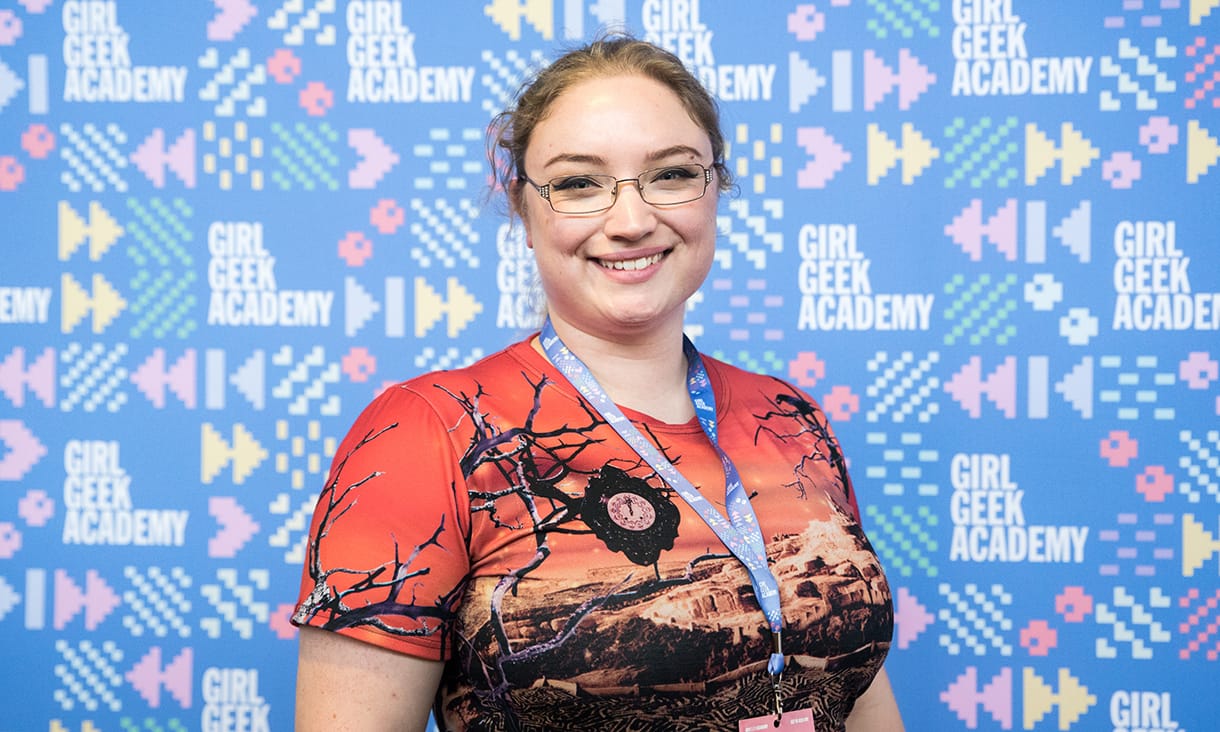 Graduate Morgan Meehan-Lam walked the road less travelled leading up to the 2020 graduation, and now she wants to make it easier for others like her.

Two and half years studying psychology, a stand-up comedy stint, an adults-only show on radio, burlesque dancing and a job in debt collection led her to the Bachelor of Design (Games) in 2018.

A “frustrated creative”, Meehan-Lam would scribble drawings on post-it notes while working as a debt collector, spurring her to pursue creativity at university.

“At the start, I was legitimately worried about coming into the games course being a relatively older woman,” she said.

“There were people in my cohort that were born after my first gaming console, the XBOX Original.”

Meehan-Lam moved from Taroona in Hobart, where she was one of the only female judges for the popular card game Magic the Gathering.

Trailblazing gender-equality in the card-game space, she now has her eyes set on shaking up the game design industry.

Research suggests women and men play video games in equal numbers, yet a 2016 study found that only 15% of Australian game developers identified as women.

Meehan-Lam said one of the biggest deterrents is the industry expectation of working ‘crunch hours’ – a period where developers work longer hours to ensure deadlines are met.

“It’s not compatible if you’re doing 100-hour weeks and you’re expected to be the primary care giver in your household,” Meehan-Lam said.

Meehan-Lam said the Melbourne games industry and RMIT teaching staff have made important strides in stressing a work life balance.

“Indie studios in Melbourne are very anti-crunch and supportive of people having a work-life balance,” Meehan-Lam said.

“The teaching staff have been super focused on making sure students don’t pick up those behaviours that lead to throwing ourselves into those jobs that lead to poor mental health.”

Congratulations to RMIT’s Class of 2020. This year’s graduating class are like no other: strong, resilient, and inspired. RMIT is excited to welcome the graduates into our global alumni network, spanning more than 140 countries and 400,000 alumni.