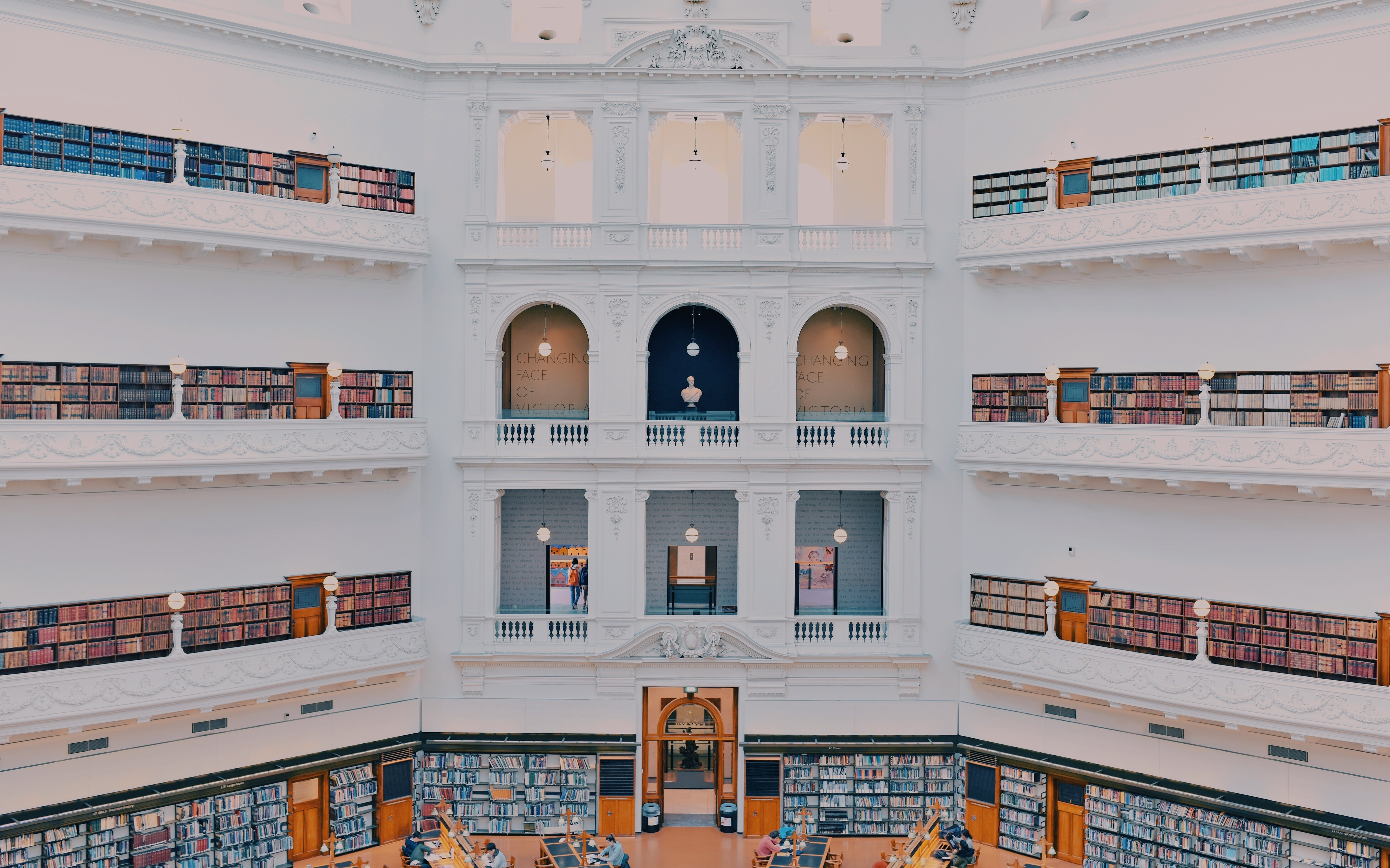 Major collecting institutions such as the National Library of Australia regularly present themselves as keepers of the nation’s memory, or as the State Library of Victoria put it, as holders of the ‘stories and voices of all Victorians’.

But there are numerous challenges facing public libraries in how they document the history and lived experience of the diverse communities that make up Australia, says historian and research fellow at the RMIT Centre for Urban Research Dr Jodie Boyd.

Along with lead investigator Associate Professor Ian McShane, Boyd is investigating how the histories and cultures of migrants from culturally and linguistically diverse backgrounds are represented in library collections across the country.

She explains why the representation of cultural diversity in our libraries is crucial in telling Australia’s history.

What exactly is meant by cultural diversity in libraries?

Diversity in libraries can be understood as a broad institutional goal which aims to ensure that the library is a place that is accessible to everyone in our society.

It also relates to the material that is collected by the library and made available for the community’s use.

Cultural diversity, as a subset of ‘diversity’, means that the library aims to provide access to materials and to a space which adequately reflects and responds to the vast plurality of cultural identities and cultural expressions that, together, make up our collective Australian cultural identity.

Simply put, cultural diversity in the library means that whoever you are and whatever your cultural identity or expression, you should be able to find yourself in the library collection.

Why is it important for libraries to reflect cultural diversity in their collections?

A crucial cultural role of the major collecting institutions is that they collect and preserve those records and items from which we are able to know and write our histories.

With the shift in the late 1970s to a multicultural concept of national identity and belonging, one  significant step was the recognition that the identity and culture represented in  major Australian institutions was largely Anglo-centric.

The library collections built during the long period of the assimilationist White Australia policy were, unsurprisingly, reflective of a society that had placed most value on Anglo-Celtic culture and cultural expression.

The exclusion or marginalisation of non-Anglo-Celtic Australian cultures has produced what Michelle Caswell has referred to as ‘symbolic annihilation’ in the nation’s memory.

Reflecting cultural diversity in library collections is important then because it works to signify who we are – a culturally diverse collection shows us  what we value and expands the possibilities of the histories that can be written and whose experiences and voices are included in those histories.

What are the current challenges with libraries reflecting cultural diversity in their collections?

One of the challenges that is peculiar to the library’s context relates to the descriptive and classification standards and practices that are used to construct the catalogues for users to access materials held in library collections.

The challenge for the cataloguer is that they must serve a diverse range of users and users’ information needs by building a catalogue using tools – such as rules, standards and controlled vocabularies – that are not culturally neutral but may reflect the marginalisation and inequality of the society the library is servicing.

A key challenge in representing cultural diversity in the library catalogue in particular is that it must be done using tools that emanated ‘from the hegemonic white, male, Christian culture at the Library of Congress.’

The result is, potentially, that even the most representative and culturally diverse library collection is at risk of being misrepresented by the catalogue used  to access it.

Major public libraries throughout the globe are directed by their legislation or mandate to develop comprehensive collections relating to the nation (or the state or province) and its people.

The increasingly diverse makeup of ‘the people’ in countries such as Canada and Australia, resulting from immigration programs, makes this task increasingly challenging, particularly where funding for public libraries comes under pressure.

However, the challenge is not simply confined to collection development. Libraries also need to be sensitive to how their catalogues describe and represent communities.

Standard library classification systems such as Dewey and Library of Congress Subject Headings are not neutral but portray particular worldviews that have been criticised significantly by minority communities.

What are libraries doing internationally to ensure their collections are culturally diverse and meet these challenges?

Increasingly, major libraries are using networking and partnerships to meet the above-mentioned challenges.

We are seeing a rebalance between collecting physical items in a central store, and providing electronic access to materials held by other libraries through databases such as Australia’s innovative Trove.

Libraries are also working with communities to engage them in collection development and to redescribe or add to existing library catalogues.

Canada’s Project Naming invites Indigenous communities to contribute knowledge about their communities, including identifying people and places not fully or properly recorded in photographic archives.

Many city or municipal libraries analyse their local demography to assess requirements for library materials in languages other than English. Some libraries - the Toronto Public Library is a good example - have long hosted migrant settlement programs.

As ever, libraries attempt to tune into new community needs while fulfilling their long-term role of collecting and making available the documentary heritage of a country.

You are hosting the upcoming symposium Libraries and the Community. How will this symposium attempt to address some of the current challenges/issues you’ve discussed?

As you might imagine, the goal of adequately representing plural cultures, faiths, knowledges, values and languages within a singular notion of ‘the nation’ or ‘community’ is pragmatically challenging.

The upcoming symposium has aimed to put these challenges and questions to the broad range of libraries working to develop themselves and their collections so they are inclusive, responsive and representative.

Participants at the symposium include representatives from public library networks, academic research libraries, museum curators, historical society collections managers, the national and state libraries as well as scholars working across the Library and Information Management sector and cultural policy.

Our goal is to engage with libraries’ attempts to represent and reflect culturally and linguistically diverse societies, but also matters that address related broader questions, such as the place of libraries in the framing of national histories and narratives and the construction of national heritage in multicultural societies.

The symposium Libraries and the Community: Representing and reflecting cultural diversity in library research, policy and practice will be held from Thursday 27 February to Friday 28 February at RMIT University. Registration is available here.

Governments need to be bigger drivers of transport innovation: research