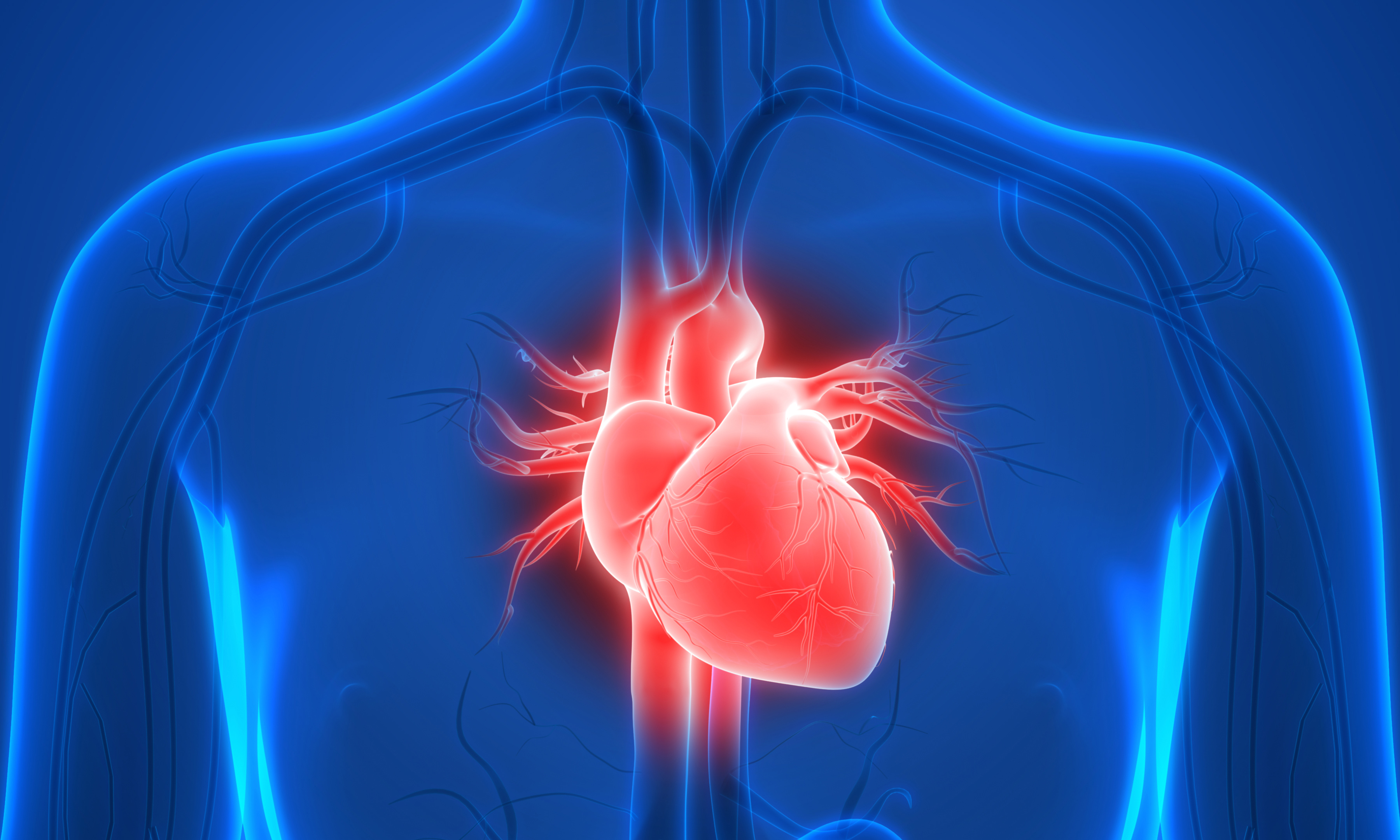 Aortic valve stenosis is the most common type of heart valve disease in the elderly and affects more than one in eight people aged over 75. Left untreated it has a higher mortality than most cancers.

The condition is typically caused by degeneration and thickening of the aortic valve, which narrows the valve opening and reduces blood flow. Blood cells that have to squeeze through the narrow valve come under intense frictional force, known as shear stress.

A team of Australian researchers and clinicians set out to investigate the effect of this shear stress on white blood cells – key players in our immune system’s first line of defence.

They found the constant stress of squeezing through the narrow aortic valve activates these cells, leading to harmful inflammation that accelerates the progression of aortic stenosis.

The team have identified a potential drug target by pinpointing the receptor that controls this white blood cell overactivity.

The study, led by RMIT University and the Baker Heart and Diabetes Institute, is published in the internationally-leading cardiovascular journal Circulation.

“In someone with severe aortic valve stenosis, circulating blood cells come under heavy shear stress about 1500 times a day,” said Baratchi, an ARC DECRA Fellow and Senior Lecturer at RMIT.

“We now know this constant frictional force makes the white blood cells hyperactive. If we can stop that inflammatory response, we can hope to slow down the disease.

“The same organ-on-a-chip technology that helped us make these discoveries will also enable us to easily test potential drugs to treat this harmful immune response.” 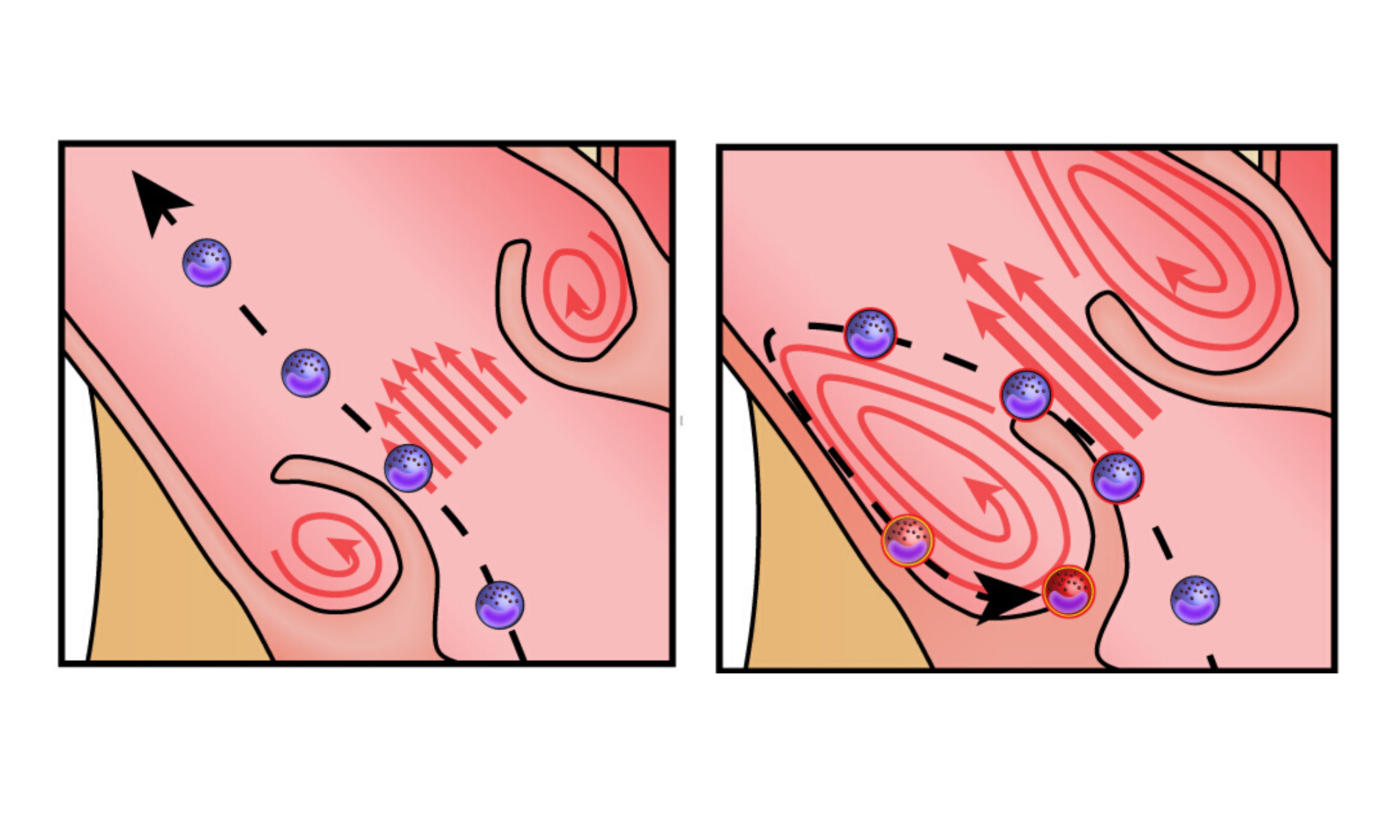 “The smaller the narrowing, the more the inflammatory cells get activated, and then they accelerate the disease,” Peter said.

“Our study also shows that a valve replacement - either through open heart surgery or via a catheter-based percutaneous approach - not only improves blood flow but also acts as an anti-inflammatory measure. The latter is a novel and centrally important discovery.”

Under pressure: how the study was done

For the study, researchers compared immune cells taken from 24 patients before and after replacement.

They also designed a microfluidic organ-on-a-chip system to replicate the conditions inside the aortic valve, pre- and post-replacement.

This enabled the researchers to precisely assess how the cells responded to changes in shear stress.

The team focused on the largest circulating cells – a type of white blood cell known as a monocyte – as they experience the most shear stress when passing through the narrow aortic valve.

Importantly, these cells are known to be central drivers of the pathology of aortic stenosis, but it has been unclear until now how changes in blood flow dynamics affected the immune response.

A membrane protein known as “Piezo-1” was identified as the mechanoreceptor primarily responsible for activating these functions, making it a potentially druggable target.

The research also revealed for the first time that replacing the aortic valve has an anti-inflammatory effect, expanding the known therapeutic benefits of the procedure.

Peter said monocytes were also known to play a role in atherosclerosis, where blood flow is obstructed due to a build-up of cholesterol plaque in the artery wall.

“A drug that targeted Piezo-1 could potentially be applied to slowing the progression of aortic valve stenosis as well as treating atherosclerosis,” he said. 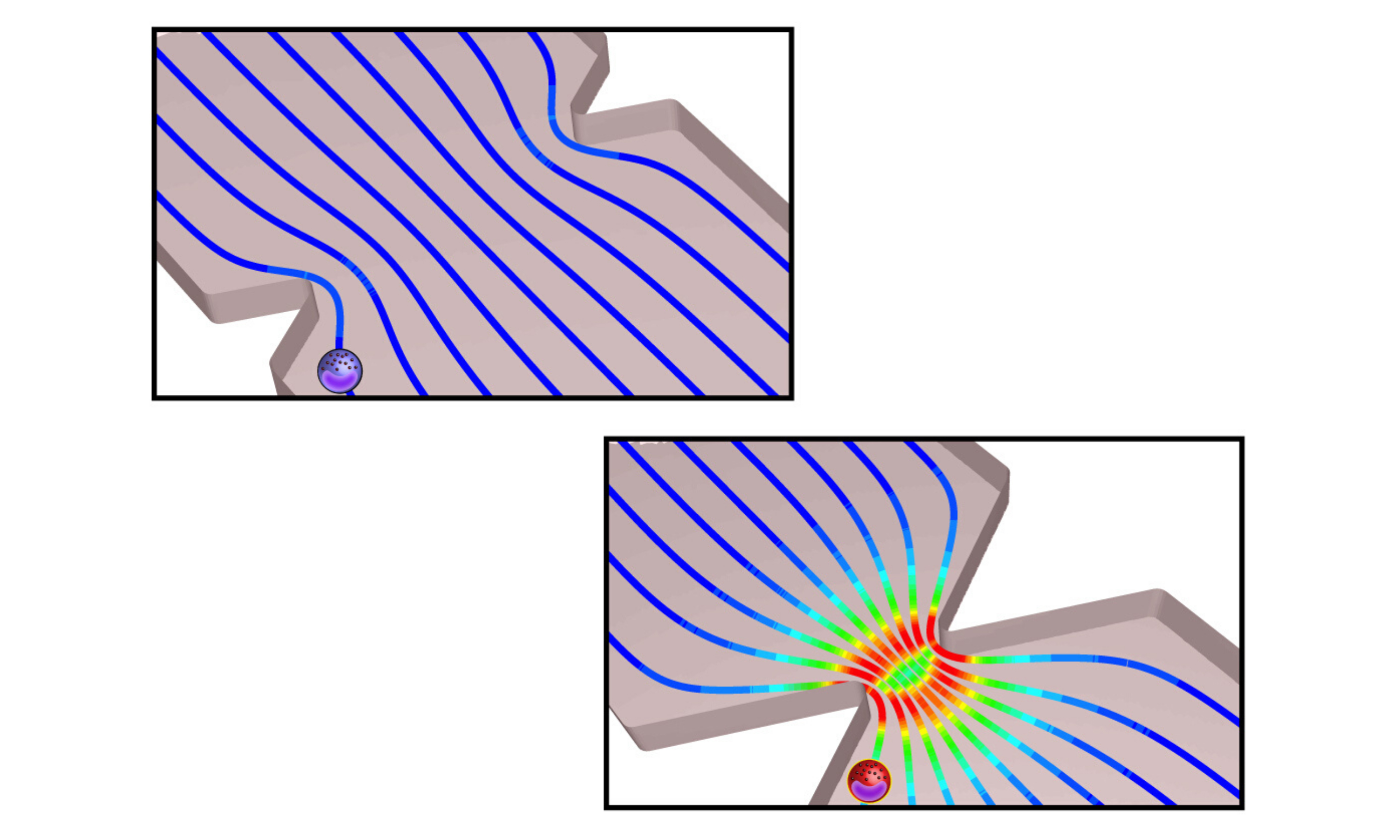 An illustration of the organ-on-a-chip technology used in the study, which replicated the shear stress conditions that immune cells experience while passing through the stenotic aortic valve.

Organ-on-a-chip technology is based on microfluidic chips. These are transparent devices the size of postage stamps that contain an array of miniature channels, valves and pumps to replicate the biophysical and biochemical properties of a human organ.

For this study, researchers designed a device to mimic the shear stress conditions that immune cells experience while passing through the stenotic aortic valve – effectively creating aortic-stenosis-on-a-chip.

Fabricated at RMIT’s state-of-the-art Micro Nano Research Facility, the technology was designed and delivered by the multi-disciplinary Mechanobiology and Microfluidics research group.

The group brings together biomedical engineers from the School of Engineering and mechano-biologists and immunologists in the School of Health and Biomedical Sciences.

“With this technology, we can meticulously mimic both healthy and diseased organs in the body, at very low cost and in a highly controlled experimental environment,” Baratchi said.

“We can build models to simulate different flow situations and identify drug targets, which we hope in future may reduce or even replace the need for animal models.”