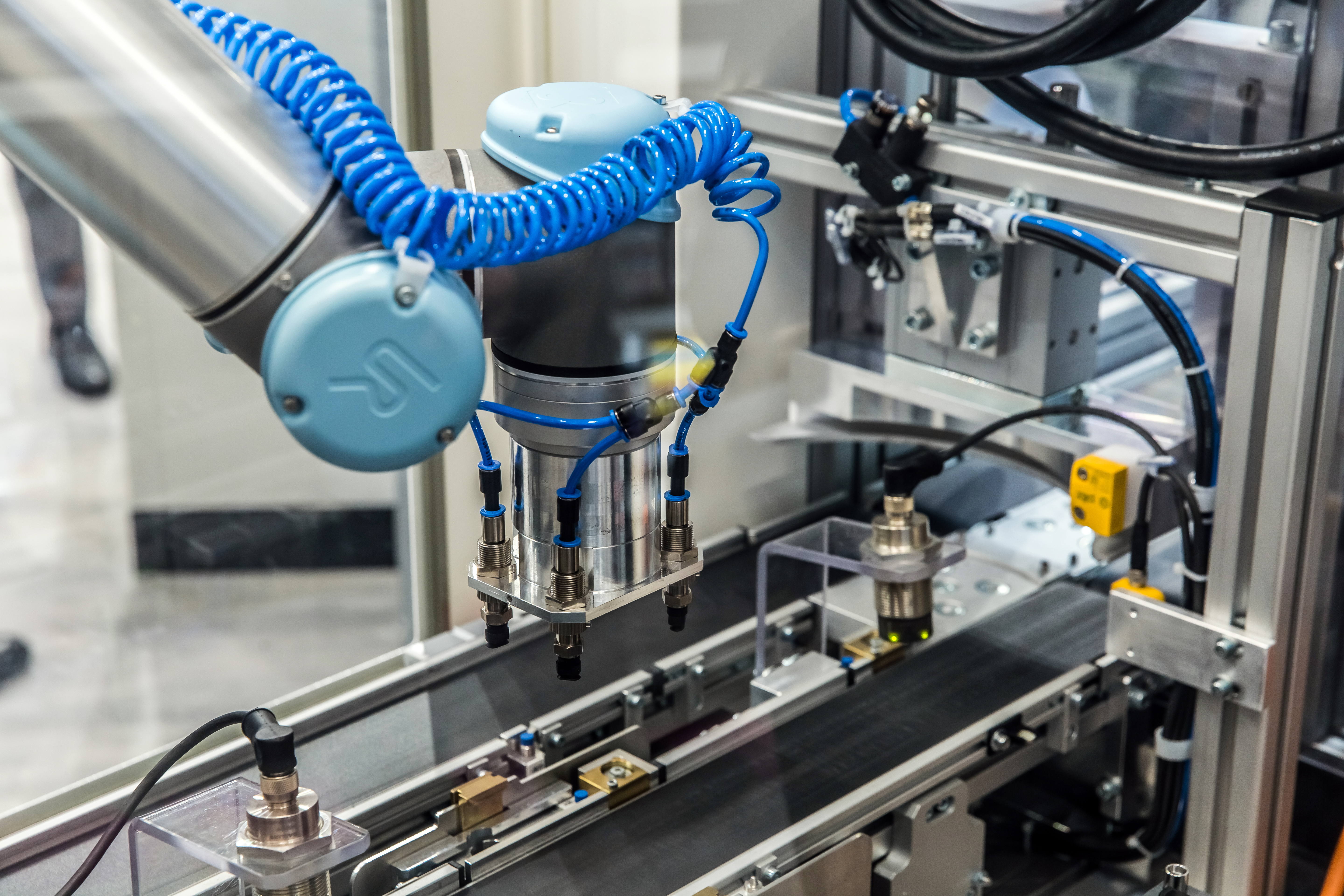 The benefits of employing robots in factories has long been acknowledged – they’re quicker, more accurate and offer better precision than humans. However, the investment and floor space needed to implement industrial robots used to be so large that it wasn’t a feasible option for small and medium-sized businesses (SMEs).

This is now changing thanks to ‘co-bots’, collaborative robots that have been designed to physically interact with humans in a shared workspace. Co-bots offer the same advantages as traditional industrial robots but they can work in confined spaces, have sensors to tell if the machine is going to hit something, do not require complex programming and can be set-up within a day.

As a result, robotic process automation is becoming increasingly accessible for SMEs.

“We originally installed the UR5 to apply product labels to homeware containers, which is an intricate but repetitive task that needs to be done quickly. Back then we had the capability to do four labels at a time but only a handful of staff who were able to apply them correctly. If these staff were away for any reason, then we fell behind.

“Automating the product labelling process with the UR5 means that we can run the machine 24/7 for five or six days a week, saving us around $500 per day. It’s also been beneficial for staff in terms of health and safety because they’re no longer standing in one spot, hunched over and staring at the same plastic container over an eight-hour shift.”

As a result, Matthew says production quality has improved and operations are running more efficiently, enabling the company to grow.

“Overall, it’s been a real positive for both the business and staff because we’re growing, and they know they can grow with us.”

Staff had no prior experience in robotics or programming but within a month the UR5 was in full-time production and within a year all staff were confident in loading the program and changing positions or set points. The return on investment was approximately six months.

This is revolutionary for SMEs because it means they’re able to compete with larger companies that are investing in expensive advanced automation equipment without the need for extensive training or changes to their factory floor.

However, Matthew cautions businesses against doing too much at one time.

“Rather than trying to automate the whole process, my advice is to pick the jobs that will give you the biggest savings and focus on them first.

“There are four steps in our labelling process but rather than automating all four, we looked at where we could save the most money without impacting quality. We realised that by removing an operator from simply labelling the bases of containers we could run more machines at the same time and still ensure quality control by having an operator inspect every part.

“It’s about finding the balance between efficiency and quality.”