Most manufacturing businesses already make use of sensors, which have been a staple in the industry for decades. However, recent technological advancements mean that the sensors being used have evolved from non-networked sensors that deliver simple binary output, to sensors that are integrated with decentralised computing power, giving them the ability to collect and evaluate data in real-time1. This enables specific processes throughout the factory to be monitored and process parameters to be automatically adapted within seconds, without having to halt the whole production line2.

Smart sensors provide the foundation for what’s known as a ‘smart factory’, defined as an environment that can operate autonomously, improve its processes through automation and self-optimisation, and run diagnostics to identify and repair malfunctions3.

Smart factories are the future of manufacturing and are predicted to deliver substantial increases in efficiencies and flexibility throughout the industry. This will boost productivity by connecting the entire supply chain and enabling real-time control, measurement, communication and predictive maintenance at all stages4.

However, there are a lot of manufacturers who put this idea of a smart factory in the ‘too hard’ basket when small changes, such as adding smart sensors on the factory floor, can go a long way in helping businesses transition.

SICK, which is headquartered in Germany, is one of the leading producers of smart sensors and offers solutions for a range of industries, from factory automation, logistics and process automation to agriculture.

SICK defines smart sensors as those that have enhanced sensing, efficient communication, diagnostics and the ability to complete smart tasks.

“The basic requirement for a smart sensor is its ability to accurately and reliably detect any object even in demanding applications,” says Manjush.

“Then, one should be able to integrate the sensor into a control system to establish bi-directional communication. The continuous transmission of digital data should mean that smart sensors are able to self-monitor to detect disturbances and send troubleshooting messages. Lastly, a smart sensor should be able to perform ‘smart tasks’, which means de-centralising repetitive processes from the controller, locally in the sensor itself. For example, compute object speed and length measurement, object- gap monitoring, placement analysis, and counter and debouncing.”

All of this is possible thanks to ever-smaller and ever-cheaper microprocessors and micro controllers that give the sensors the ability to process increasing volumes of data directly using complex algorithms5.

However, even smart sensors do not produce sensor intelligence (the ability to undertake a predefined action or automated function when the appropriate input is sensed) unless they are able to integrate into the control level.

That’s why SICK’s sensors are integrated with an open standards communication protocol interface, IO-Link. This protocol provides point-to-point serial communication from the sensor to the programmable logic controller (PLC).

The Centre for Digital Enterprise team were able to check out SICK’s sensors in action at the AUSPAK conference in Melbourne on 28 March. In the application on display, instead of having multiple cables going into the terminal strip and connecting into a PLC, there was just one simple cable connecting to a controller.

“The EtherNet/IP carries all the data from the sensors, such as operational statuses, and shares it with the PLC automatically. As a result, manufacturers save on cable and wiring,” says Manjush.

The biggest savings, though, are in the productivity gains possible thanks to the increased visibility smart sensors provide throughout the manufacturing process.

According to a survey by analyst firm Aberdeen Research, unplanned equipment downtime is the single largest source of lost production time for most manufacturers and can cost a business as much as $260,000 per hour6. With the predictive maintenance capabilities of smart sensors, this risk can be significantly reduced.

These represent significant competitive advantages for businesses at a time when digital integration is becoming a basic requirement in manufacturing8. 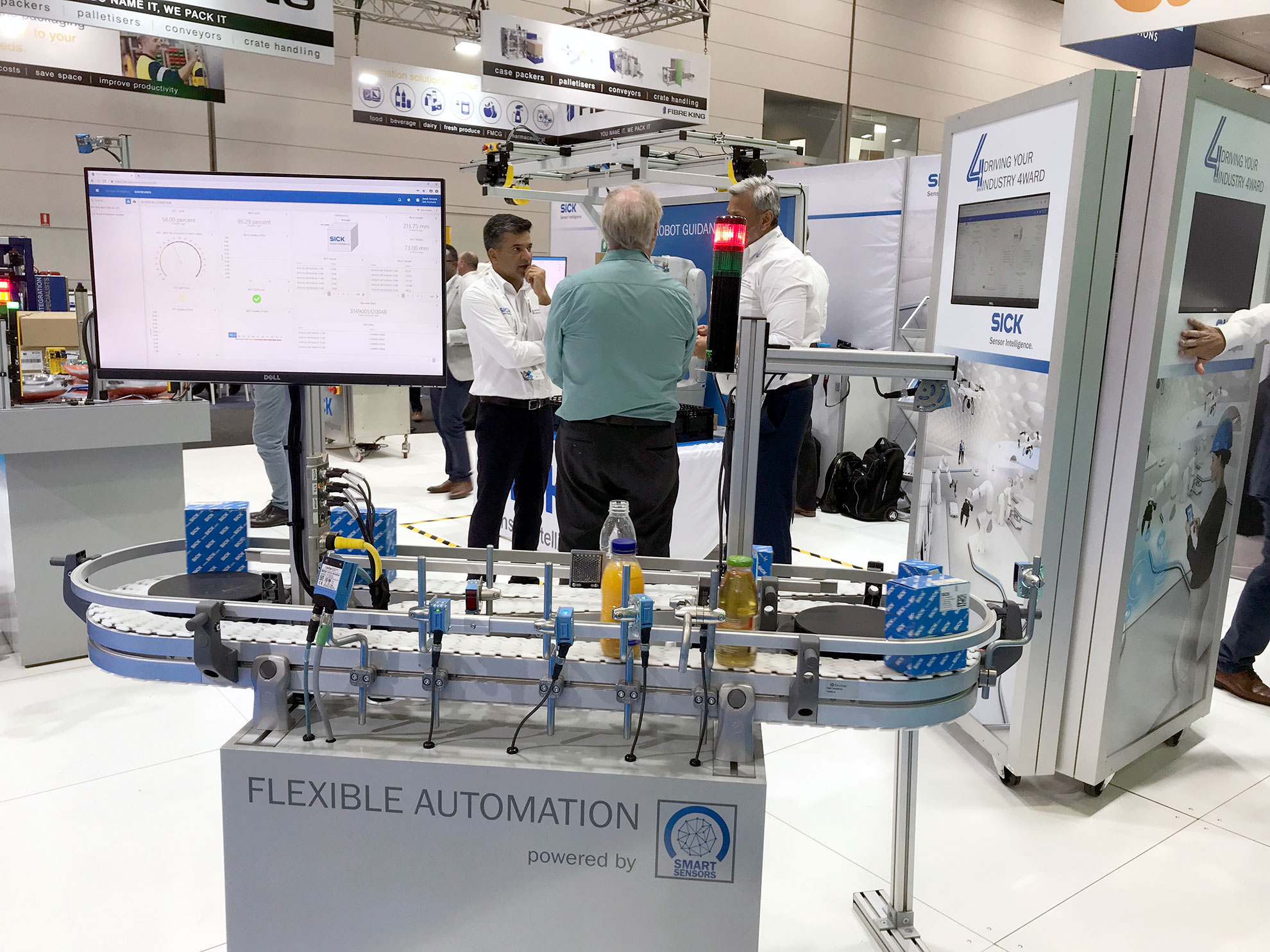 3 Clearpath 2018, 'What is the smart factory and its impact on manufacturing?', OTTO Motors, viewed 2 April, <https://ottomotors.com/blog/what-is-the-smart-factory-manufacturing>.

8 Advanced Manufacturing Growth Centre 2018, Industry 4.0: An opportunity for every Australian manufacturer - Submission to the Department of Industry, Innovation and Science.