RMIT experts available for comment ahead of International Women's Day 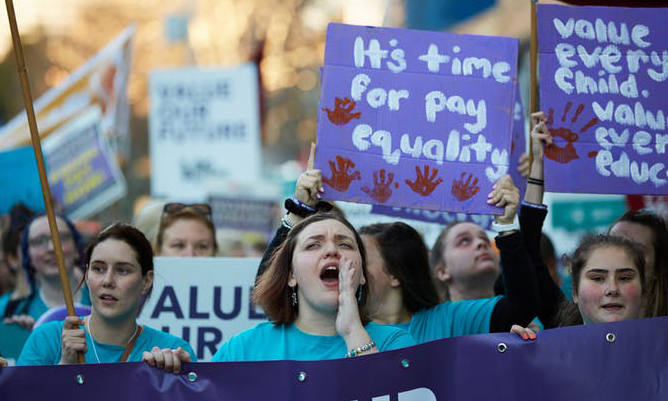 RMIT experts available for comment ahead of International Women's Day

Experts from RMIT are available to talk to the media on topics relating to International Women’s Day including a perspective on female leaders, the gender pay gap and sexist advertising.

From Merkel to Thunberg: next generation of female leaders

“Europe is miles ahead of Australia when it comes to women’s leadership, but it’s worth asking what the elevation of women to these powerful positions actually means for women’s issues.

“In the past, Merkel, von der Leyen and Lagarde have campaigned for parental leave and tax reform, largely as ways of improving women’s participation in the workforce.

“Compared with the demands of a new generation of women activists and politicians, these agendas look less than radical.

­“Greta Thunberg links the climate crisis to patriarchy, and Rebecca Long-Bailey, who is campaigning for leadership of the British Labour Party, recently vowed to expel Party members who expressed transphobic views.

“For younger women, feminism and the women’s movements are less about increasing GDP, and more about addressing the inequalities and injustices facing women in 2020.”

Dr Chloe Ward is a is a Research Officer at the EU Centre of Excellence in the School of Global, Urban and Social Studies at RMIT University. She is a historian of modern British politics and culture and co-host of RMIT’s new Barely Gettin’ By podcast.

“Australian full-time working women are taking home on average $243 less each week than men while the gap widens to 22% in the finance, healthcare and professional services industries.

“The gender pay gap has been falling since 2014, but we need to be cautious about treating this as a sign of progress.

“Looking closer, the gender pay gap has not narrowed because women’s earnings have been accelerating, but because men’s earnings growth has now eased off after the mining boom, meaning we are actually returning to a gap that resembles our pre-mining boom years.

What has improved over recent years is the wealth of resources available to organisations to evaluate and fix their own pay gap, provided by the Workplace Gender Equality Agency (WGEA). The practical guidance now available to businesses means there is little excuse for organisations not to be improving.

Dr Leonora Risse is a Vice-Chancellor's Postdoctoral Research Fellow based in the School of Economics, Finance & Marketing at RMIT University. An economist, she has previously worked for the Productivity Commission and is the Chair of the Victorian branch of the Women in Economics Network. She is becoming an in-demand media commentator on gender equality and is known for her ability to distil complex policy and issues for a mainstream Australian audience.

“Sexist advertising contributes to ongoing inequalities between men and women.

“The community believes that gender portrayals in advertising are out of step with contemporary society and are harmful to both women and men.

“In advertising, women are portrayed as lacking authority and are valued primarily for their appearance, whilst men are represented as assertive, capable, and in positions of power.

“Sexist advertising limits the roles, aspirations and interests of men and women, damages girls' and women's physical and mental health and reinforces the beliefs and attitudes that contribute to violence against women.

“Addressing sexism in advertising is imperative as part of broader efforts to achieve gender equality.”

Dr Lauren Gurrieri is a Senior Lecturer in Marketing at RMIT University. She is an expert in gender, marketing and consumer culture.

Melbourne will come to life like never before in a new playable, public art experience unveiled today.

Nature as medicine: can a dose of the outdoors cure loneliness?

Can a dose of nature a day keep the doctor away? A new RMIT project is exploring the benefits of prescribing nature in Australia, Europe and Latin America to reduce loneliness and improve mental health.

Research has found women might be disadvantaged through a lack of mentoring opportunities in the workplace following the #MeToo movement.