For students enrolled full-time in the Bachelor of Arts (Fine Art) program who can demonstrate disadvantage; worth up to $7,000.

The McCraith Scholarship in Fine Art provides up to $7,000 for one year.

You will also need: 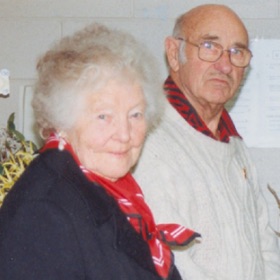 Nell and Gerald believed in contributing back through service, and frequently donated later in life as their fortunes improved. Gerald studied accounting at RMIT as a part-time student after he completed his WW2 service. The family connection continues to this day.