Get involved in a series of fun, participatory, student-created artworks on campus.

What is the Public Art Trail?

The Public Art Trail is an ongoing initiative that showcases participartory art created by RMIT students on RMIT City campus.

Each year, RMIT students from the ungergraduate elective Public Art Projects work with the RMIT Creative Student Life team to create a series of artwork installations that all students can interact with and participate in.

This is the third year of the project.

Where is the Public Art Trail?

You can find the Public Art Trail Projects spread across the interconnected Level 4 of Buildings 8,10, 12 and 14 at RMIT City campus, or please click below to download a map of the trail.

We recommend you start at the Student Connect Helpdesk (Building 8, Level 4, enter from Swanston St or Bowen St) and explore from there.

No registration is required and all artworks are free to view and participate in. All artworks will be on display from 21 February until at least 31 March 2022.

There are events connected with some of the artworks – scan the QR codes displayed with each artwork to find event times and details.

Coming to campus? Make sure you complete your COVID campus protocols beforehand. 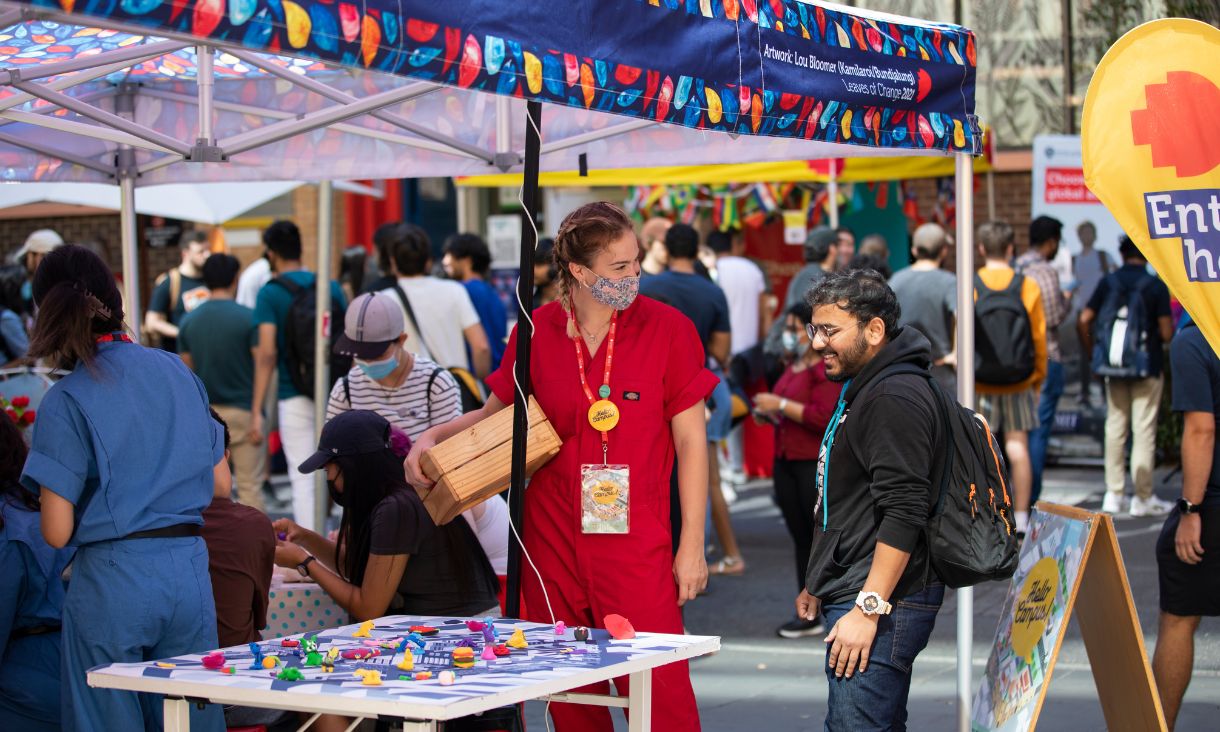 The Public Art Trail is an ongoing initiative that showcases participatory art created by RMIT students on RMIT City campus. Each year, RMIT students from the undergraduate elective Public Art Projects work with the RMIT Creative Student Life team to create a series of artwork installations that all students can interact with and participate in.

What are the Public Art Trail Projects?

This year, all artworks focus on finding your place and forging connections. 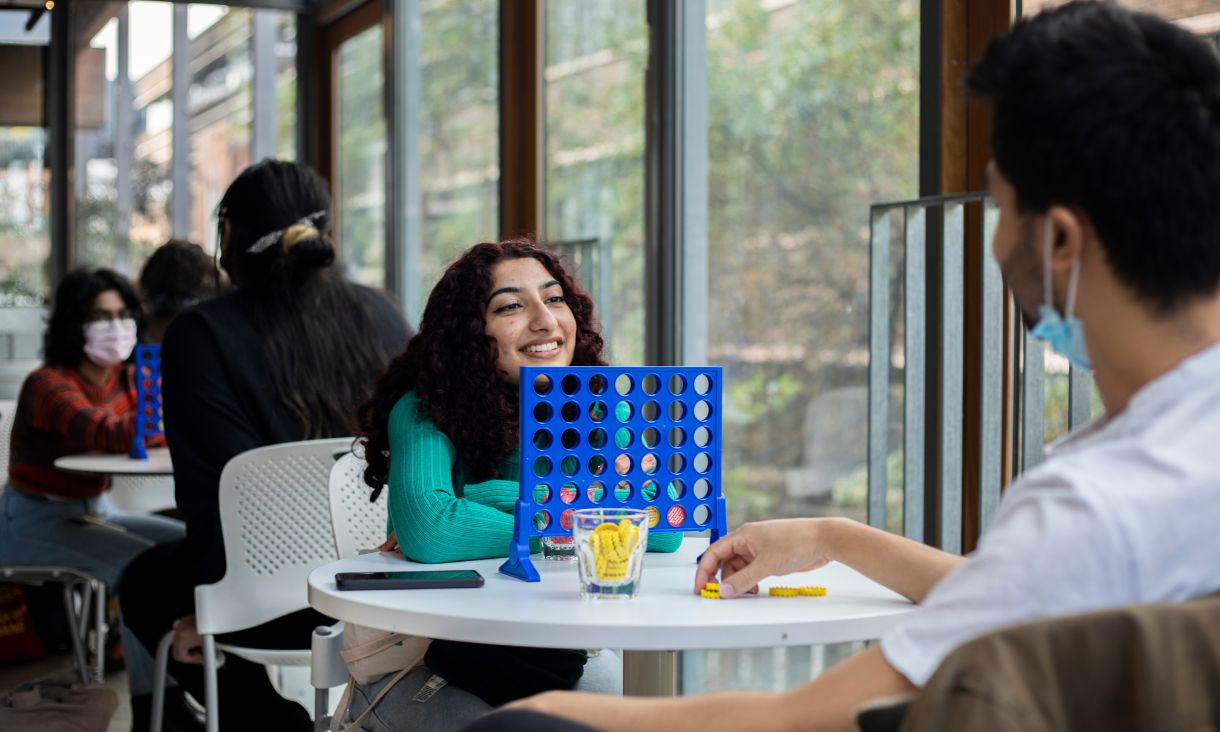 Orientation. Meeting new people. Conversations. These can be overwhelming and daunting. Yet, it’s how new friendships begin. ConnectUs is a bespoke game made using Connect4 as a template with conversation prompts added to each of the tokens. The conversation prompts have been carefully designed by the student artist using psychologists research into forming meaningful human connections. Students are invited to use the game to connect with others in a fun and playful way. 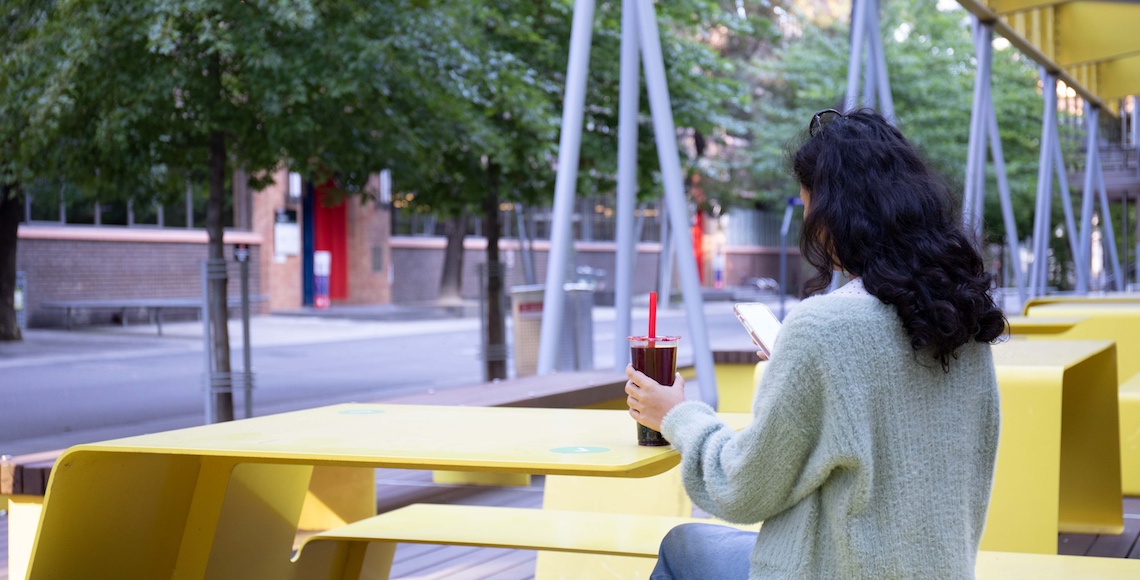 Message to the Future – Dini Lee

The university is not only about physical buildings, but about the experiences that we have in these spaces. Message to the Future is a "treasure hunt" style installation. Search throughout Buildings 8, 10, 12 and 14 to find six unique postcards, each sharing the story and photograph of a current or past student, plus an invitation to community events where students can connect and make their own university memories. 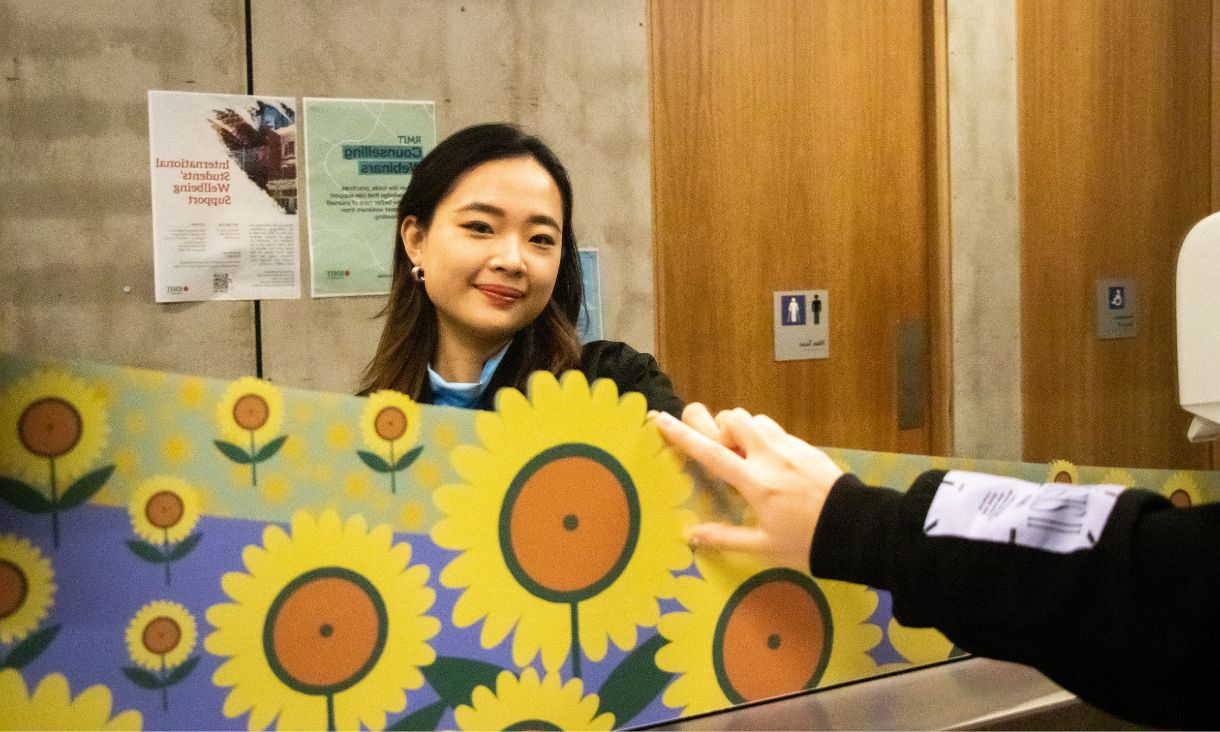 Being on campus following two years of online study may feel challenging or exhausting. Pass the Joy is a series of fun and interactive mirror stickers to discover and enjoy. Find a sticker on a mirror, snap a selfie and don’t forget to pass the joy by tagging us @RMITCreative on Facebook and Instagram. 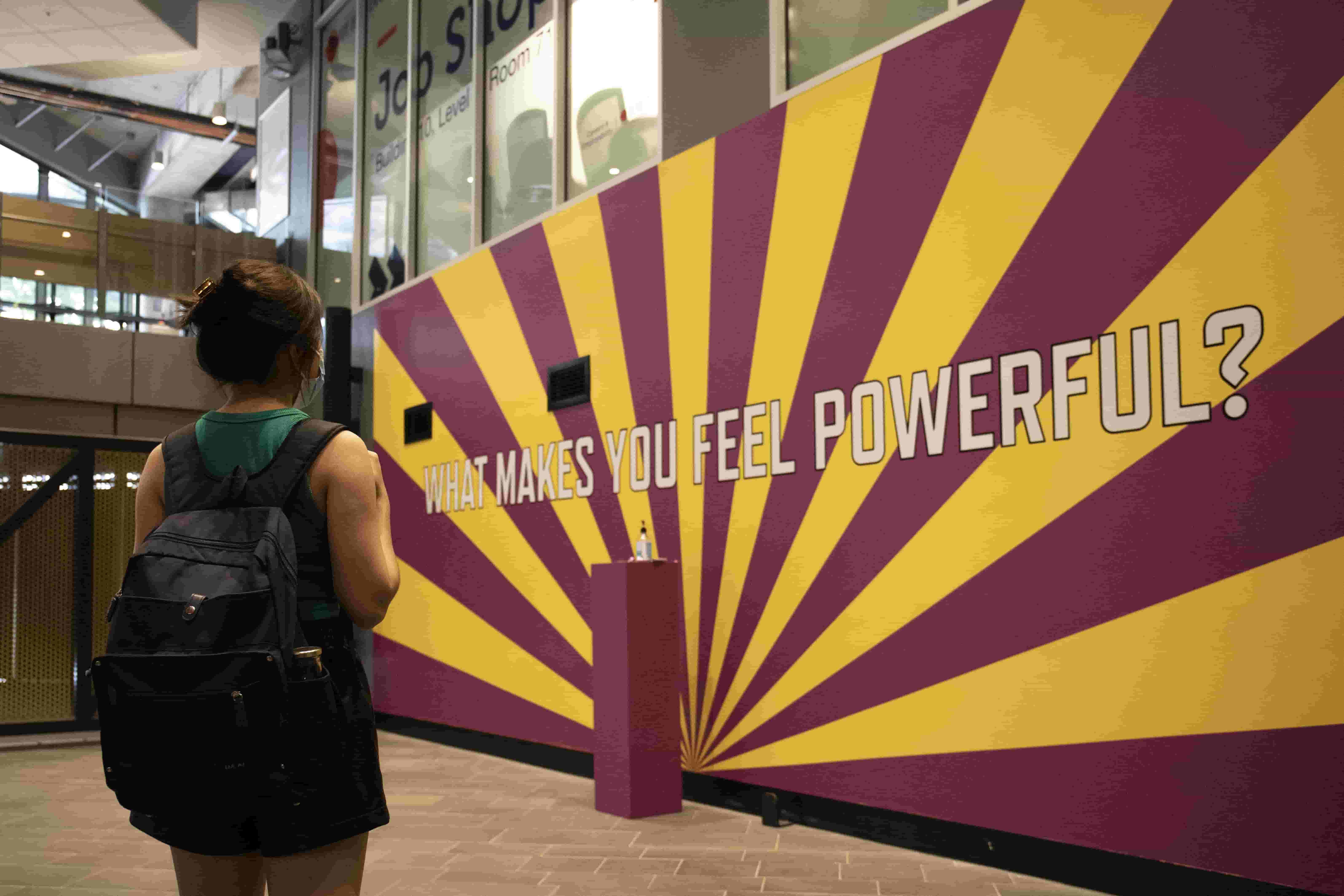 The definition of power is extremely complex and subjective from person to person. Find the brightly coloured What Makes You Feel Powerful response box and share what empowers you. 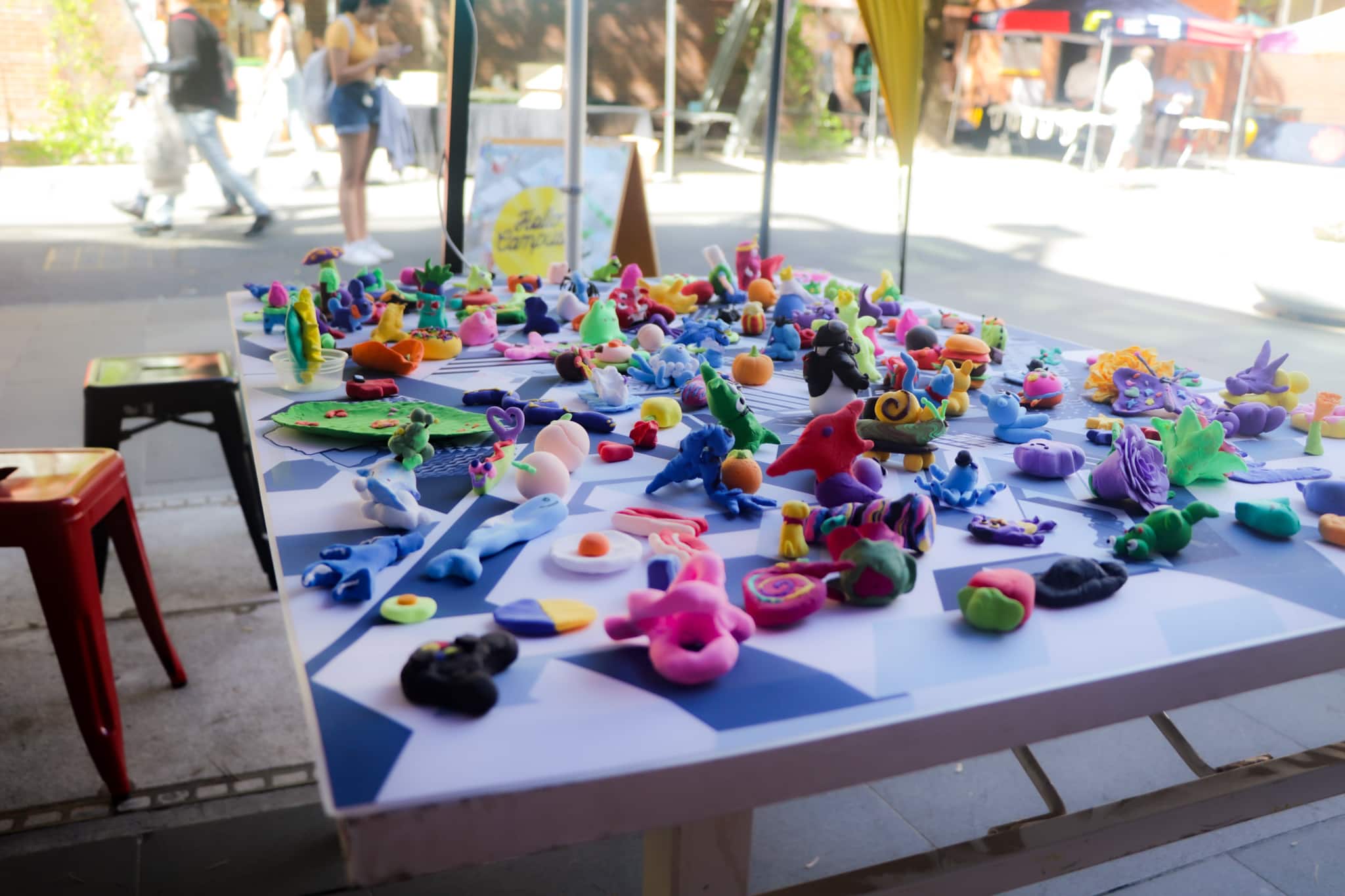 Clay Play invites students to sculpt colourful clay into a form that resonates with them and then place their clay avatar on a map of RMIT City campus. Sculpt your clay fugure at the City campus HE Welcome Day. A looping time lapse video of all the colourful clay avatars will be projected onto the wall beside JobShop (Building 8, level 4). 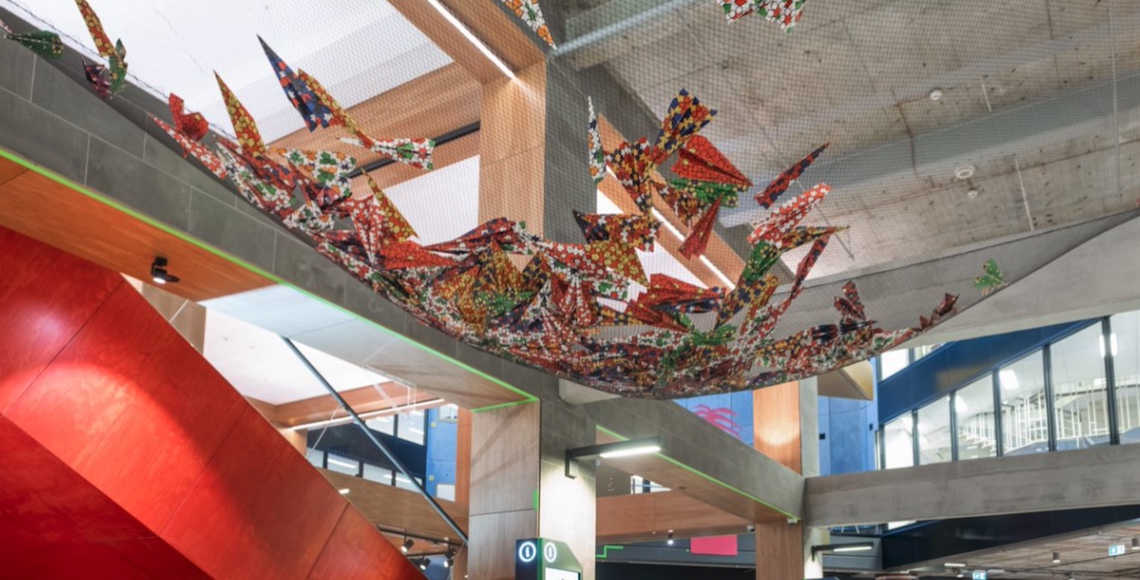 Fold a paper plane, then ride up the escalator to fly it into the net. Your paper plane will land safely amongst a colourful community – just like RMIT students from all over the world land at RMIT. 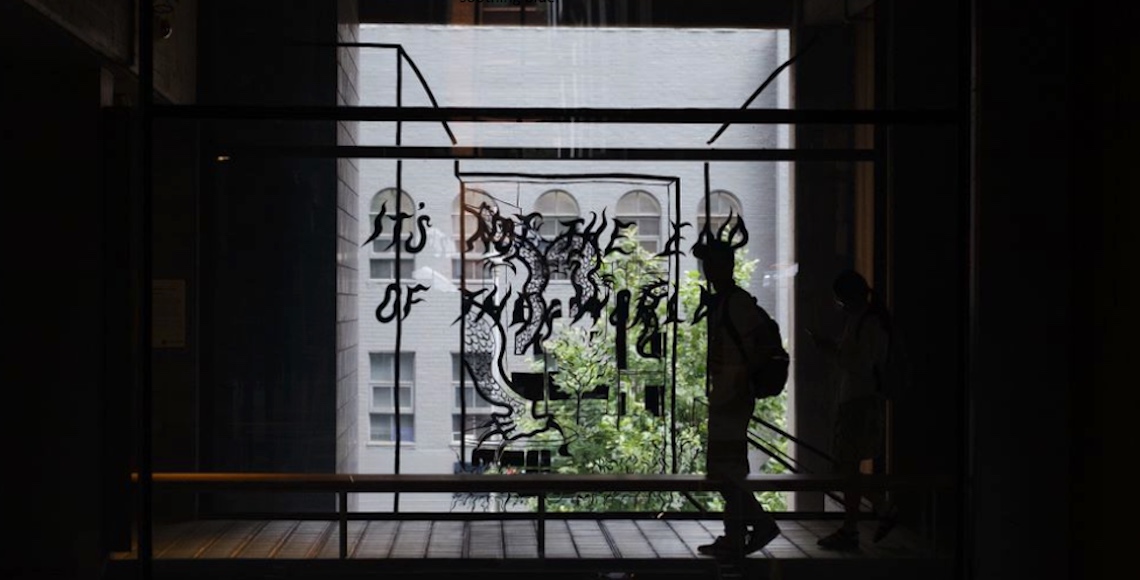 Everything Will Be Okay – Emma Finucane

Everything is a matter of perspective. When you stand close to this painted window it looks like flames and dragons are crawling all over the building opposite! But when you take a step back and view the artworks from the top of the stairs, you see the words “everything will be okay” emerging in vibrant soothing blue.

Photography and recording at RMIT events

When you attend RMIT official events or activities you may be photographed or recorded. By attending the event, you agree to RMIT's Terms.​

1-on-1 Wellbeing Chats for International Students