The RMIT Ally Network has been established to promote equality and inclusion for staff and students who identify with Diverse Genders, Sexes, and Sexualities (DGSS).

The term Diverse Genders, Sexes, and Sexualities (or the acronym DGSS) is intended to encompass lesbian, gay, bisexual, transgender, intersex, queer/questioning, asexual/agender, and other (LGBTIQA+) students and staff and to value sexual and gender diversity within the RMIT University community. RMIT Allies are comprised of staff and students from the RMIT community inclusive of all genders, sexes, and sexualities.

The RMIT Student Ally Network brings together students who wish to act as visible, active advocates and supports for our Diverse Genders, Sexes and Sexualities (DGSS) Community. The Network includes both students who identify as DGSS and those who do not.

As Allies, we invite you to show visible support of the DGSS community, communicate your support as an advocate, volunteer for various projects and keep updated with DGSS-related news and initiatives. 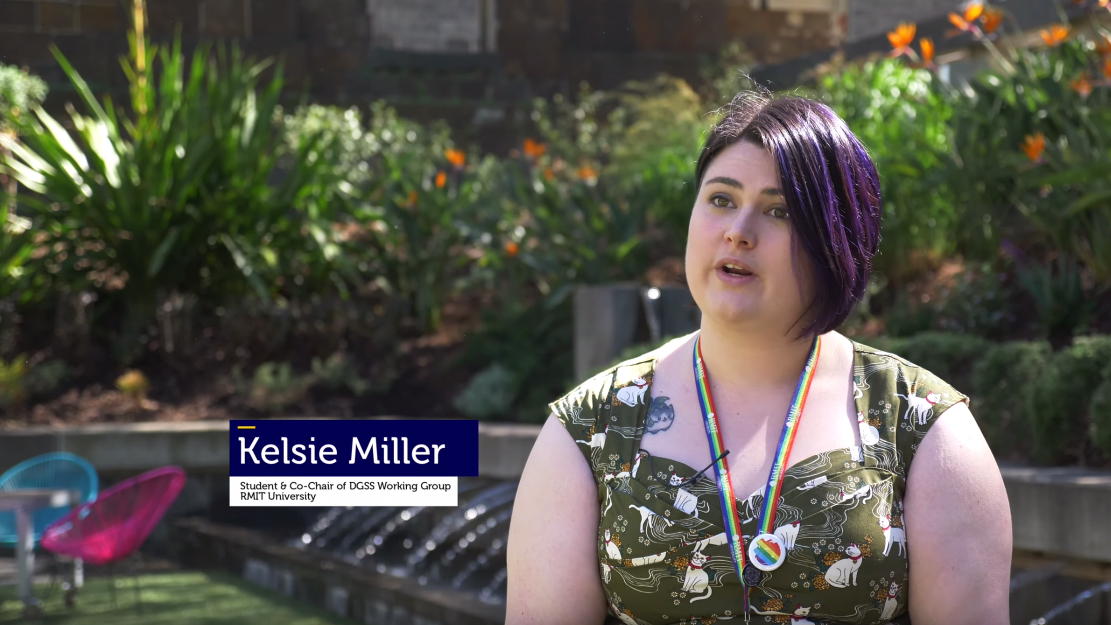