Study with us / Communication / Luke Mitchell 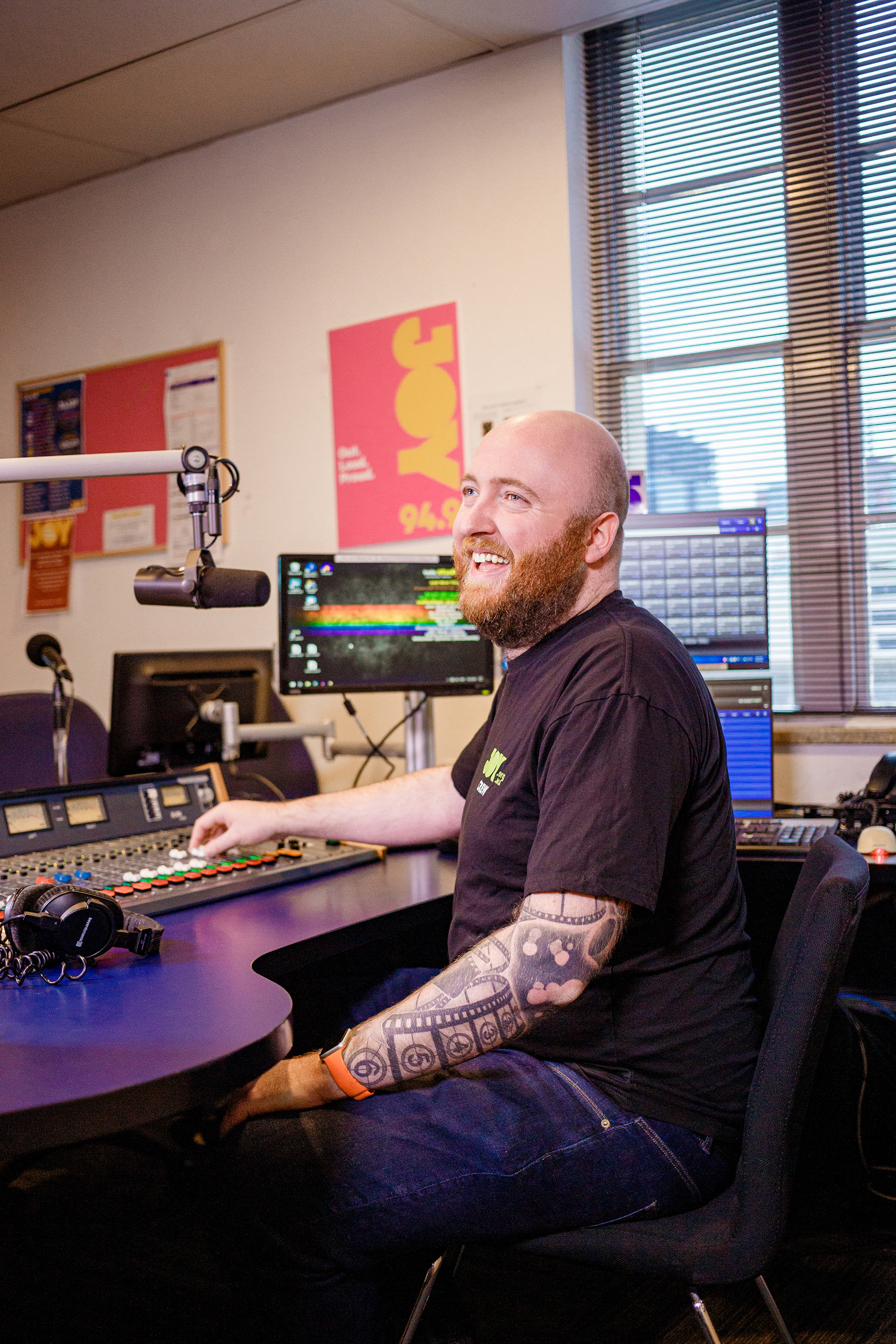 "I was working full time, and I wanted to find a course that could fit in with my life". Luke Mitchell - Advanced Diploma in Business (Public Relations)

Advanced Diploma in Business (Public Relations) graduate Luke first got his start in the media industry as a presenter for community radio station JOY 94.9.

His positive interactions with people working in public relations roles sparked a desire for a career change.

“After being involved on radio with JOY for a few years, it gave me the bug of the other side of it. Being a journalist was really, really interesting to me, but I was also getting stories pitched at me and I was doing interviews and going to events – and that got me interested in the other side, public relations.”

“So I thought, ‘This is really interesting. I really enjoy this world and the people I’ve met from this world. How can I get involved with that? Where can I go to get these skills to translate across from the journalist side into the PR side?’ That’s what initially led me to RMIT.”

“What made me choose RMIT was initially the flexibility. I was working full time, I was still doing radio, and I wanted to find a course that I knew I could fit in with my life. And when I was looking at postgrad options, RMIT stood out to me.”

“Not only that, but I also heard really great things about RMIT. I spoke with some people who had been there who said that they got great opportunities and also real-world experience from RMIT, working with actual clients. And that’s something I knew I needed – to get that experience, get my feet on the ground and get out there in the industry as quickly as possible so I could learn the ropes.”

Luke’s drive and determination paid off, and in 2018 he was the co-recipient of the Robert Masters and Associates Prize, awarded to the most outstanding graduates of the Advanced Diploma in Business (Public Relations).

He also won the Best Public Relations Campaign Creation award, which he was awarded at a student-run event that he hosted.

“Looking at the extracurricular activities at RMIT, I wanted to try and get as much out of the experience as I possibly could. Whenever there was an opportunity to do something outside of classes, to challenge myself, and to get my name out there … I took the opportunity.”

“One thing that we did was we coordinated and hosted a PR and marketing awards night. With my hosting background, in radio, I was quickly earmarked to host the event, but as students we all came together to create the event.” 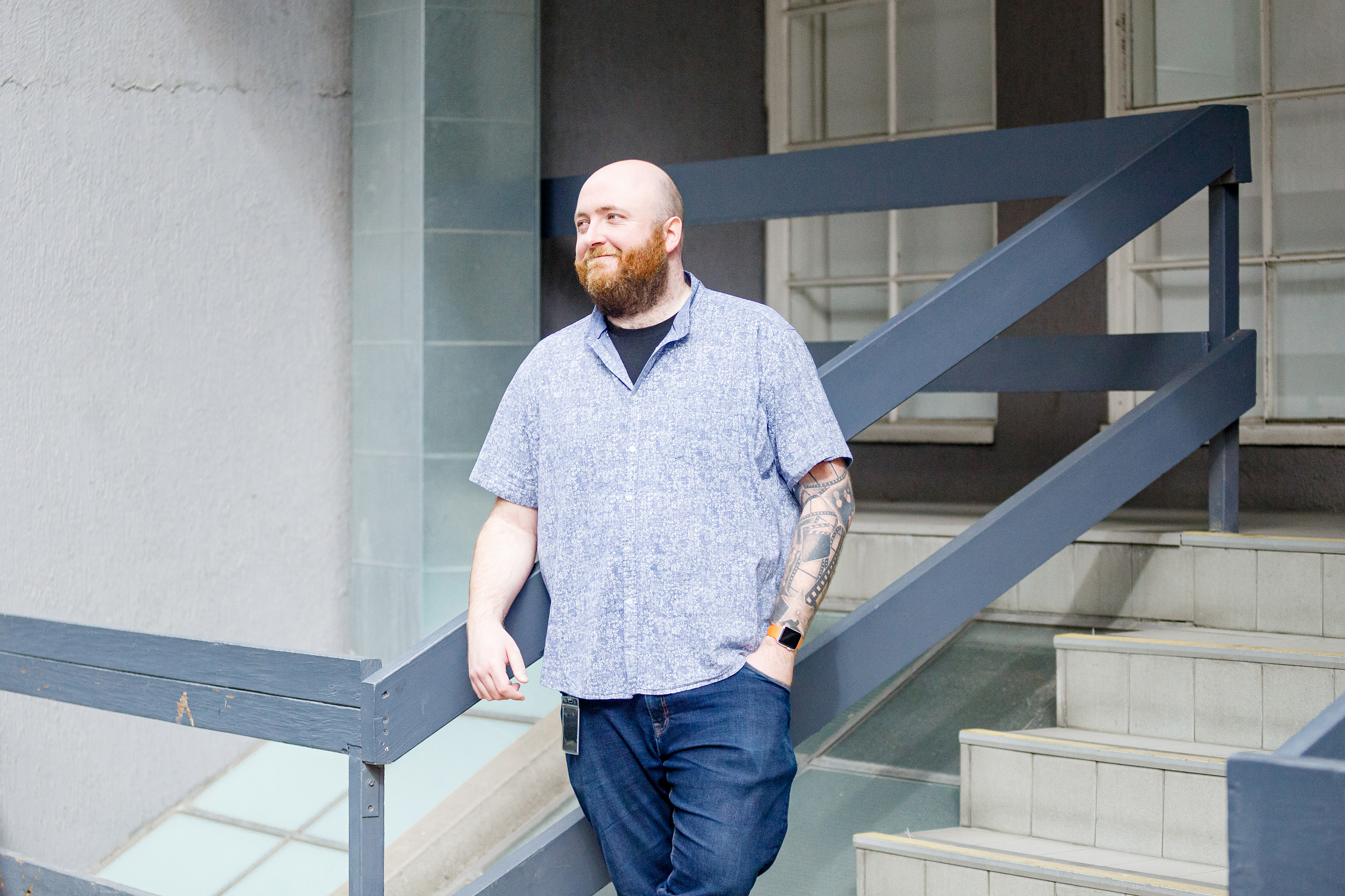 Luke's interactions with people working in public relations roles sparked a desire for a career change.
Luke first got his start in the media industry as a presenter for community radio station JOY 94.9.

“We organised the catering, the sponsors and the guest list as well, so we could invite people from inside the industry and essentially celebrate the year [in marketing and PR]. I was lucky enough to be nominated and receive an award for best PR campaign for that year."

RMIT also provided Luke with the opportunity to complete an internship with a public relations company in Scotland.

“Part of my course was an internship, and I was lucky enough to have the opportunity to go overseas. I was in Edinburgh, Scotland, where I did an internship for a PR company called Weber Shandwick. I learned so much in my time working for them as an intern, which then led me into a role with Weber Shandwick back home here in Melbourne.”

“I came home and had an interview straight away and next minute I was working in the industry that I’d studied for the last two years. I’m still there today and still really enjoying it.”

The invaluable industry connections and practical experience Luke gained during his time at RMIT set him up for ongoing success in the public relations industry.

“I work in a PR agency with Weber; it’s really fast paced, with different clients. And I think that gaining real-world experience gave me a really good understanding of what I could expect … It’s been great to see the stuff I learned at RMIT translate across.”

“Now I’m focused on getting as much experience as I possibly can in the agency world so that I can eventually start my own company, hopefully sometime in the next five years.” 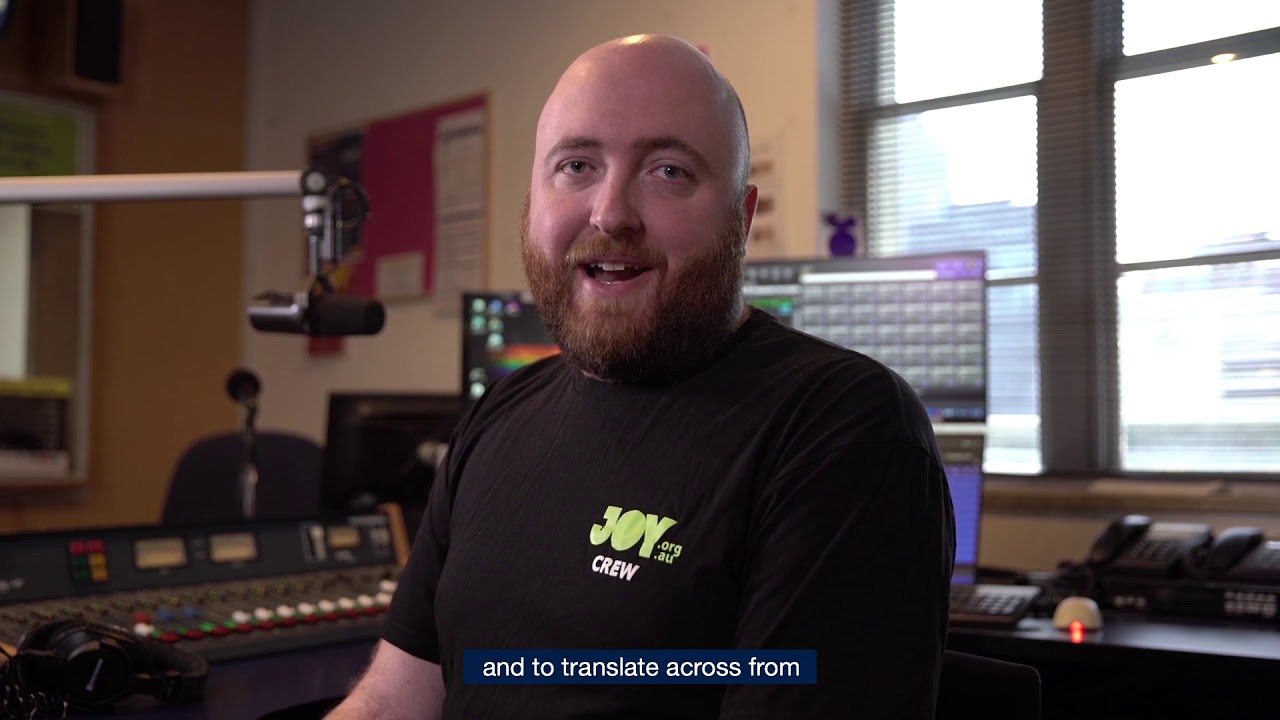 What's next for Luke Mitchell

See what Luke has planned after his Advanced Diploma of Business (Public Relations) and what attracted him to radio.

What's next for Luke Mitchell

See what Luke has planned after his Advanced Diploma of Business (Public Relations) and what attracted him to radio.