Five projects you could be working on in your STEMM degree

Five projects you could be working on in your STEMM degree

From electric car racing to building robots in global competitions, STEMM students at RMIT work on a range of industry-leading projects.

Ever wondered what it’s like to build an electric race car and test drive it on a Grand Prix track? Or work with global researchers to 3D print life-changing implants? How about programming a robot and competing in an international robot soccer competition?

As an RMIT STEMM student, you’ll work with industry partners on real-world projects, creating innovative solutions to global challenges and getting unique experience you couldn’t get anywhere else.

We have world-leading research centres contributing to real change, and our courses are created in collaboration with industry partners to ensure our students get the skills, knowledge and confidence that put them ahead of the pack. Here are just a few examples of what our STEMM students have worked on before, and what you could do in your STEMM degree at RMIT.

Do you know what the largest engineering competition in the world is? It’s the Australasian Formula SAE (FSAE), a student Formula race university competition organised by the Society of Automotive Engineers International.

Every year, the RMIT Electric Racing team designs and builds a Formula-style race car to compete. Team members, made up of students in RMIT's mechanical and automotive engineering programs, apply their theoretical knowledge and skills to real-world problems to promote the viability and exciting future of electric cars.

The School of Engineering’s Executive Dean Professor Adrian Mourtiz says being part of such a high profile international event gives the student racing teams an opportunity to showcase their design and engineering talents to the world. 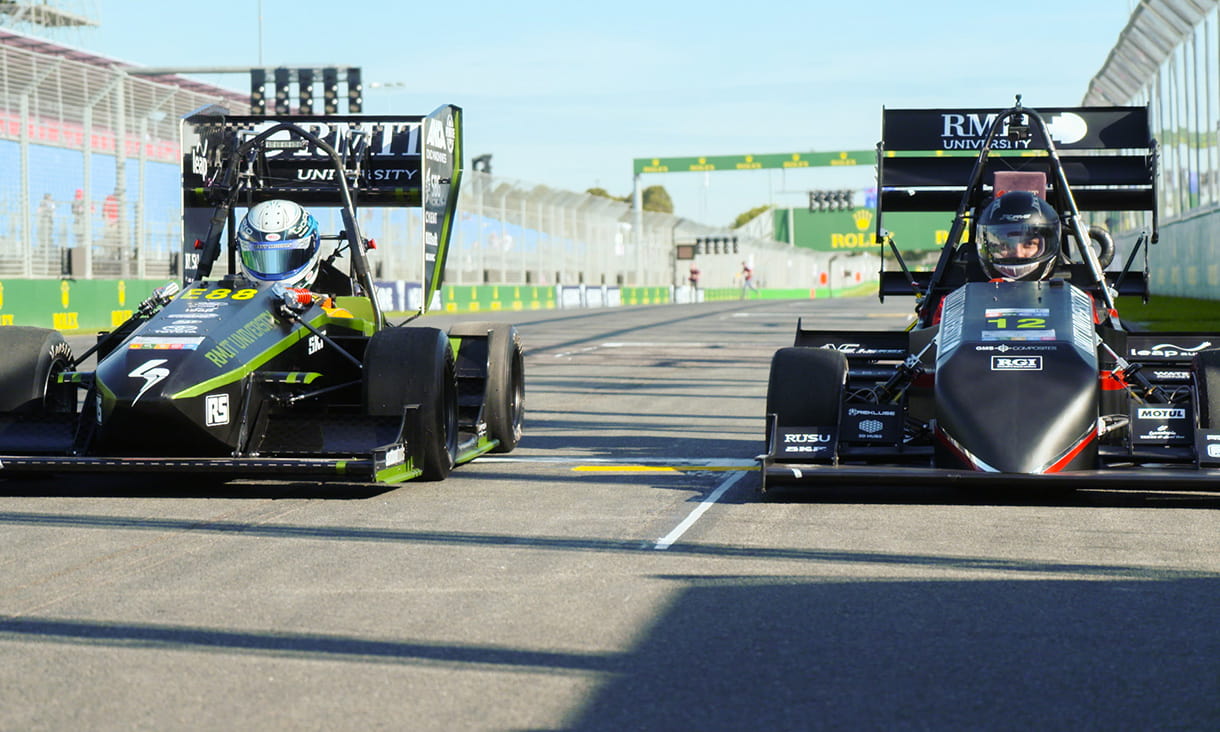 Through RMIT’s partnership with the Formula 1® Australian Grand Prix, the team’s race car is test driven on the Albert Park race track, and displayed at the Technology and Innovation Hub throughout the Grand Prix event.

2. Use GPS tracking in a citizen science project

Through RMIT, you could be part of first-of-their-kind STEMM projects like Litter Trackers. This collaborative project between RMIT and Melbourne Water used GPS tracking to reveal how litter travels in Victoria’s waterways.

This was only the second time that litter has been GPS-tracked in Australian waterways, and the first time for Victoria.

RMIT students and scientists worked with schools and community groups to deploy 100 GPS-tracked bottles in 20 locations across Melbourne’s catchments. Project leader Dr Kavitha Chinathamby says Litter Trackers gives all of Melbourne a chance to see the true environmental scale of our litter problem and shows how we can all be part of the solution.

The initiative was led by RMIT’s Aquatic Environmental Stress research group, which works with schools, community groups, government and industry partners to support healthy waterways across Melbourne through the development of innovative approaches to preventing and cleaning up pollution.

Make a difference with environmental science at RMIT. 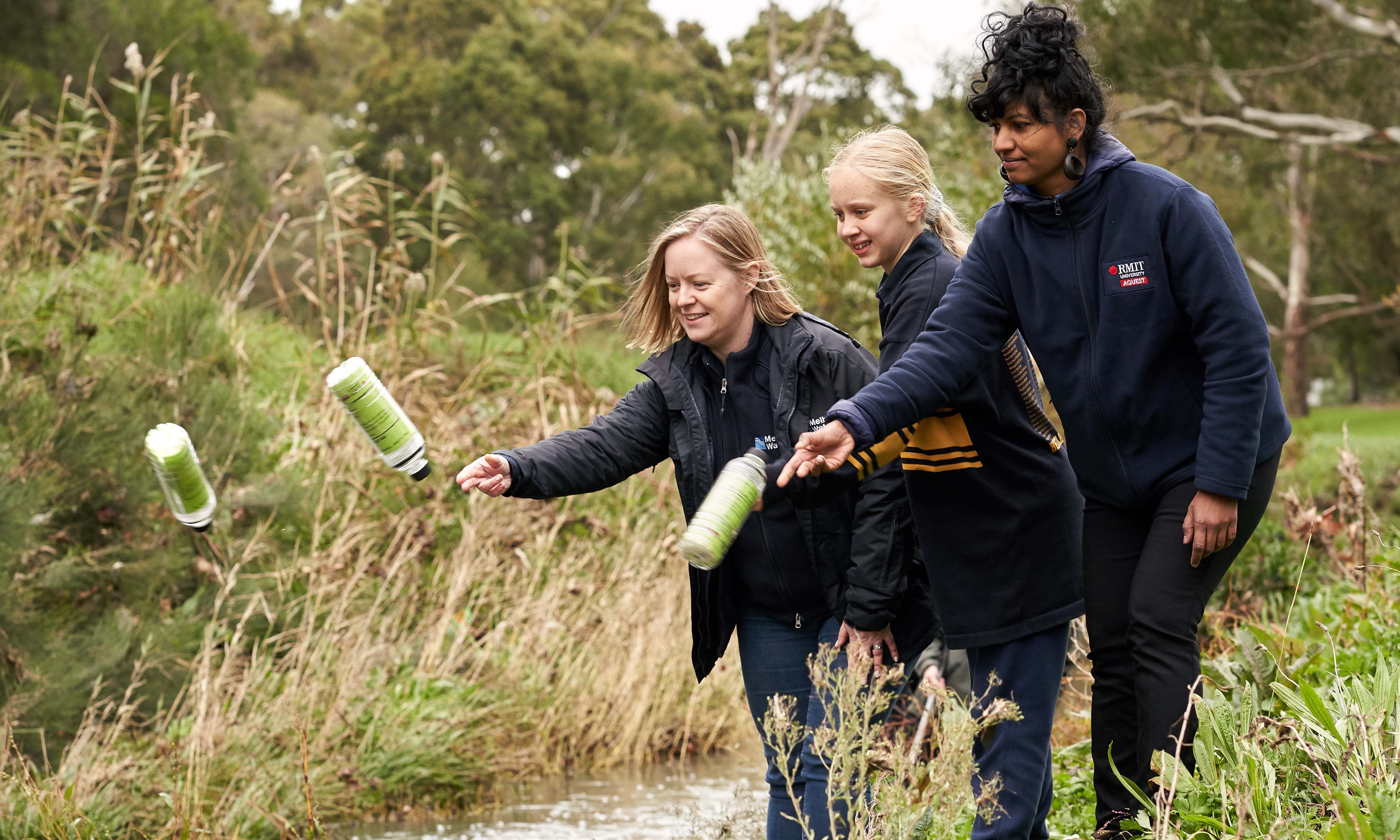 This year an RMIT team was chosen to compete at the largest robotics and artificial intelligence competition in the world, the now-postponed RoboCup 2020 in Bordeaux, France.

The team is made up of academics and students in a mix of experienced AI researchers and enthusiastic young rookies to compete in the headline event of humanoid football, featuring state-of-the-art, fully autonomous Nao robots that think and act for themselves.

Coach of the team, Dr Timothy Wiley, says the highly competitive environment is an ideal platform for students to learn about the challenges of autonomous robotics.

For computer science student Sam Komesarook, applying his programming skills to advanced robotics and writing the scripting tools to sync the bots gives him the chance to work with some of the university’s best.

“The best moments are the ones when the models we’ve spent weeks or months refining finally deliver astounding results,” Komesarook says. “It reminds me how much this field has to contribute to society.”

Find out why RMIT is ranked in the world’s top 150 universities for computer science and information systems.

3D printing is a game changer for manufacturing in the aviation, aerospace, automotive and healthcare industries, and in RMIT’s Advanced Manufacturing Precinct (AMP) students and researchers are developing aero type components and surgical implants.

“RMIT's commitment to additive manufacturing teaching and research is not only producing the next generation of engineers, but also helping industry adopt new advanced manufacturing technologies, making them more competitive globally,” Brandt says.

Learn in RMIT’s state-of-the-art facilities with courses in biomedical engineering.

5. Network with industry-leading women in tech

Imagine being able to meet professionals from companies like Slack or Xero and ask them how they got there, and how you could too. RMIT’s wide range of student clubs make it possible through networking events organised to give students one-on-one access to inspiring speakers and potential mentors.

15 professionals from a range of areas including start-ups, consulting, telecommunications and workplace productivity management software development companies, including Slack and Xero, shared insights and knowledge with students in breakout networking sessions, discussing what it’s like to be a woman in the tech and IT industry. 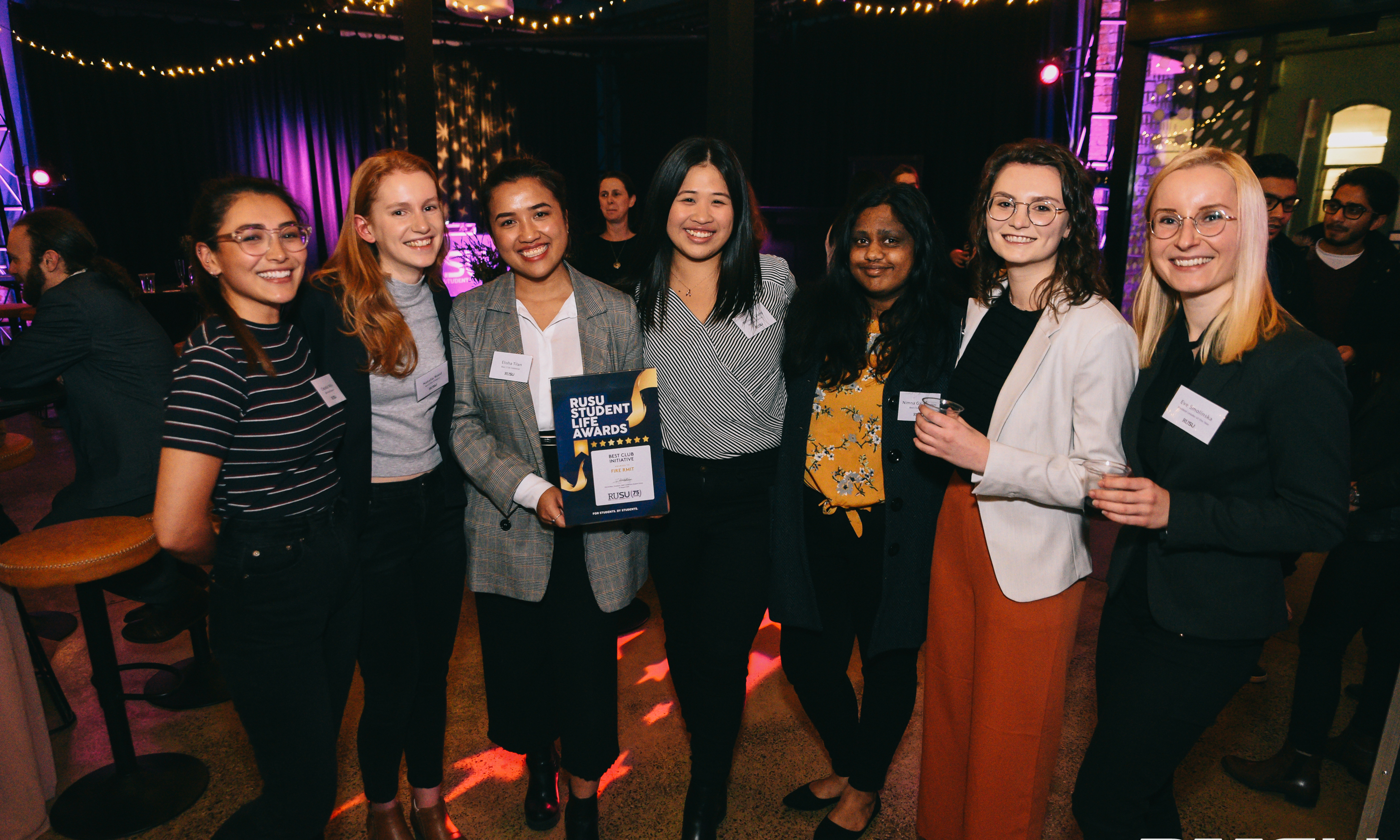 For Bachelor of Engineering (Adv Manufacturing and Mechatronics) student Simran Bhalla, having one-on-one chats with a diverse group of professionals was an opportunity to learn and make connections.

“Hearing their journey and advice was incredibly insightful and it was a great way to connect with professionals in the tech industry,” Bhalla says.

Industry partners praised the event, both for giving students access to potential mentors and professional contacts, and for being able to share their learnings and insights with the bright minds at RMIT.

Find out how RMIT supports women in STEMM.