Study with us / Media / Aaron Farrugia

Aaron Farrugia knew he was on the path to being a cinematographer from a young age, and the hands-on experience he got at RMIT was the perfect kick start into a rewarding screen career.

“Growing up I either wanted to be a magician or work in film. For a while I even wanted to be a stuntman! When I was a kid instead of watching cartoons I’d watch a series on Discovery Channel called Movie Magic about special effects in movies.

“My family background is all doctors or scientists so it wasn’t until after I finished my first course of AV technology, which I felt was a bit science-y, that I really decided to try the creative path.”

After completing a Diploma of Audio Visual Technology, Aaron progressed to an Advanced Diploma of Screen and Media.

“I had friends working as photographers and in film, and it just seemed like an impossible field for me to get into. But in the back of my head I knew I wanted to give film-making a go, and my AV course meant that I could pathway straight into the second year of the Advanced Diploma of Screen and Media. I wasn’t sure it was the right thing for me but I applied and then once I’d gotten into the course I dived straight into it. 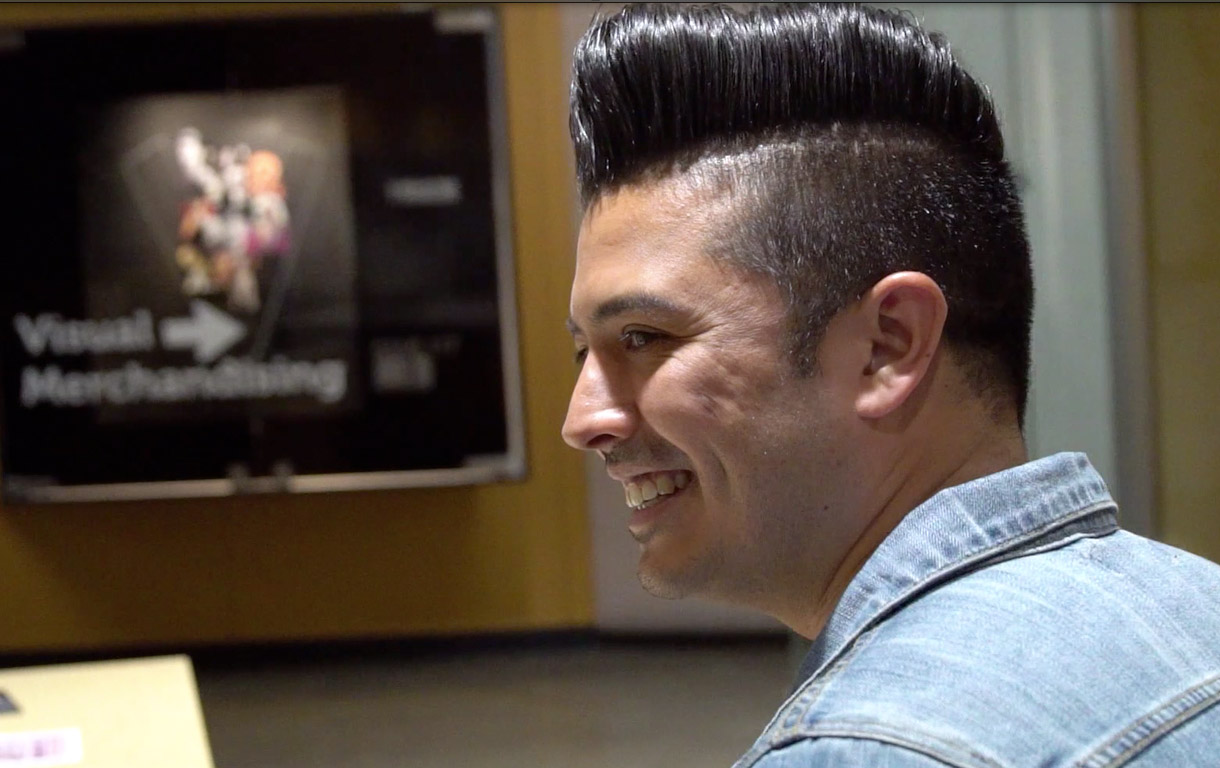 “What I really enjoyed about the course was that I tried everything out so early on. I realised that the directing and writing side of things wasn’t for me. I discovered that I liked shooting short films, getting behind the camera and all the practical hands-on stuff, so I decided on cinematography."

“I learned a lot about photography and shooting, so that when I applied for an attachment on a film, I was able to start in the camera department and look like I knew what I was doing! Everyone was pretty impressed with what I knew about cameras and lenses. I’d learned their language so I was able to communicate with the professionals in my department.”

In his spare time during University, Aaron joined the Australian Cinematographers Society and spent time hanging out with friends around his Carlton campus.

“I formed some long-term friendships at RMIT. They’re people I still work with now in camera departments, they’re shooting or directing or camera assisting. When we’re on a set together we look back together at our days at RMIT! It just made sense for me to come to RMIT, it was so easy to get straight off the train at Melbourne Central and get to class. Wherever we went, we were always talking about film and photography, getting cheap eats down on Swanston Street or hanging at the State Library or in the park."

“When I studied at RMIT I thought the facilities, cameras and studio spaces were all amazing, especially when I went down to RMITV to help out in the live broadcast studio. Coming back now to the new media precinct I can see it’s changed a lot, they've got so many different studios and these facilities have state-of-the-art equipment and proper broadcast gear.”

In Aaron’s camera assistant career on feature films and TV series, his highlights were working on the films The Dressmaker, filmed in regional Victoria and starring Kate Winslet, and Predestination, starring Ethan Hawke and partially filmed on RMIT’s city campus.

“Since moving on to cinematography I’ve gotten to shoot all around the world. I’ve done TV commercials for lots of big brands, for tourism in the Philippines and throughout China, property development in Vietnam. I shot a T2 commercial throughout Australia and then went to India to shoot in the tea fields, which was incredible, and Japan for some tea ceremonies. Seeing your work on TV is really rewarding.”

Aaron is looking forward to working on films again after all the opportunities he’s had working as a cinematographer on TV commercials.

“What’s next for me is moving back into feature films and to start shooting stories.”