Study with us / Media / Trewlea Peters

Meet Trewlea, Nominee for Teacher/Trainer of the Year. 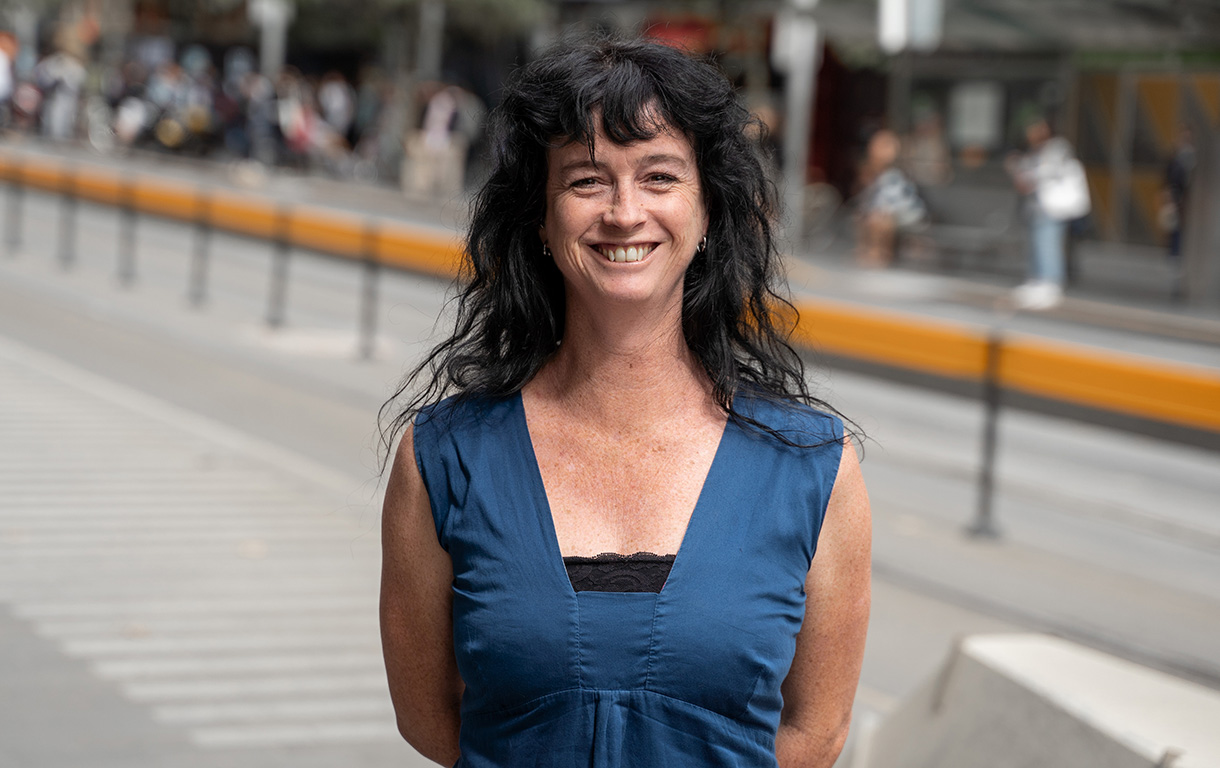 Trewlea was recently nominated for the Victorian Education and Training Awards.

Trewlea Peters, self-confessed media nerd and enthusiastic teacher, has been a part of RMIT's media backbone for 14 years.

Trewlea taught Visual Effects and Animation at RMIT for 10 years, before taking on a new challenge in 2018 to pioneer the RMIT Virtual Reality program; a course which has seen students of the RMIT Advanced Diploma of Screen and Media become the first in Australia to experience a unique augmented reality software within RMIT's interactive virtual studio, Reality.

Reality, developed by Zero Density in Turkey, is a photorealistic virtual space that enables visual effects to be adapted into 3D environments in real time through the Unreal gaming engine.

It is the first of its kind in Australia. The Virtual Reality program is a future-focussed course which provides students with the opportunity to collaborate on a range of industry-relevant, production-based projects.

Trewlea was recently nominated for the 2019 Victorian Education and Training Awards - Teacher/ Trainer of the Year, for her passionate and empowering approach to teaching her students in this exciting space.