The Capitol and RMIT University proudly present a bushfire charity screening of the 1992 classic BARAKA, introduced by musician Lisa Gerrard of Dead Can Dance and followed by a conversation about the future.

The Capitol and RMIT University are proud to present a special bushfire fundraiser screening of Ron Fricke’s Baraka (1992) with all proceeds going towards Wildlife Victoria. Presented by The Capitol on Saturday 29 February, this special afternoon screening will be introduced by musician Lisa Gerrard of eclectic band Dead Can Dance, who contributed the chillingly sublime 'The Host of Seraphim' to the film's soundtrack. A conversation with climate change and resilience researcher Lauren Rickards, speculative designer Ollie Cotsaftis and Design Hub Gallery curator Fleur Watson will follow the film.

A breathtaking journey across 25 countries on six continents, Baraka is a sublime reflection on the beauty and the chaos of the world. The film brings together spectacular imagery with no plot, actors, script or narrative, transcending nationality, identity, place and time. The result is a meditative panorama of our natural and human landscapes ­– a visual survey made all the more urgent and affecting given today’s climate emergency.

As much a technical masterpiece as it is a conceptual one, Baraka was shot entirely on 70mm with a custom-built computerized 65mm camera. Taking 30 months to complete, with over 14 months on location, the making of the film was a feat within itself.

Baraka quickly became a cult classic for its unique non-linear, non-narrative approach to documentary and its astonishing footage that jumps from the elating to the disturbing. The awe, harmony, destruction and rebirth of nature merge in cycles. Ultimately we are looking at humanity’s interconnectedness and our relationship to the environment. It is what Fricke refers to as “a guided meditation on humanity”.

This is a rare opportunity to see this classic film on The Capitol’s big screen. The film will be followed by a conversation with design futurists about how we can and will move forward with hope and humanity.

Lauren Rickards, Associate Professor in the School of Global, Urban and Social Studies at RMIT

Lauren Rickards is a human geographer in the School of Global, Urban and Social Studies at RMIT University Melbourne, where she co-leads the Climate Change Transformations research program of the Centre for Urban Research. Lauren’s research examines the social, cultural and political dimensions of the human-environment relationship, focused on climate change, disasters and the broader Anthropocene condition. A Rhodes Scholar, Lauren is a Lead Author with the Intergovernmental Panel on Climate Change forthcoming Sixth Assessment Report and a Senior Fellow with the Earth Systems Governance network.

Dr Ollie Cotsaftis is a post-disciplinary and speculative designer whose practice sits at the intersection of the human evolution, the built environment and the realm of creative biotechnologies. His research addresses climate resilience and social innovation in speculative urban futures. Ollie is also the founder and creative director of future ensemble studio, the co-founder of Melbourne Speculative Futures—the Melbourne Chapter of The Design Futures Initiative—experiments with new ideas through his visual art practice, and most recently started a column on speculative and critical design for the This is HCD network.

Dr Fleur Watson is a curator and author based in Melbourne, Australia. Her work is focused on exploring curatorial methods and programs that respond to the diversity of design practice today and bring audiences into active exchange with the creative process.

In 2018, Fleur was appointed as the founding executive curator for the Housemuseum Galleries and co-curated the opening exhibition ENTER (2019). She has held curatorial positions in Australia and internationally including as architecture curator for the National Gallery of Victoria’s survey exhibition Melbourne Now (2013/2014); program curator (architecture) for the European Capital of Culture (Maribor, Slovenia, 2012) and as an exhibitor for the Formations exhibition (Australian pavilion) at the 13th Venice Architecture Biennale. Additionally, Fleur was the senior curator for Unlimited: Designing for the Asia Pacific (2010) and curator for the State of Design Festival (2008/2009).

"If man sends another Voyager to the distant stars and it can carry only one film on board, that film might be Baraka. It uses no language, so needs no translation. It speaks in magnificent images, natural sounds, and music both composed and discovered. It regards our planet and the life upon it. It stands outside of historical time." — Roger Ebert 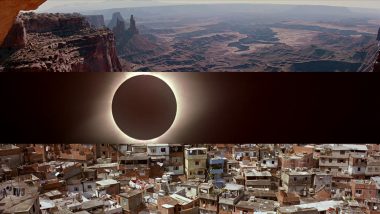 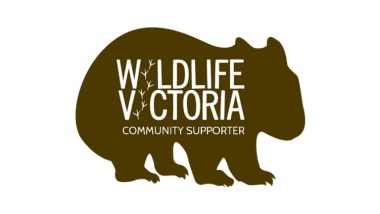