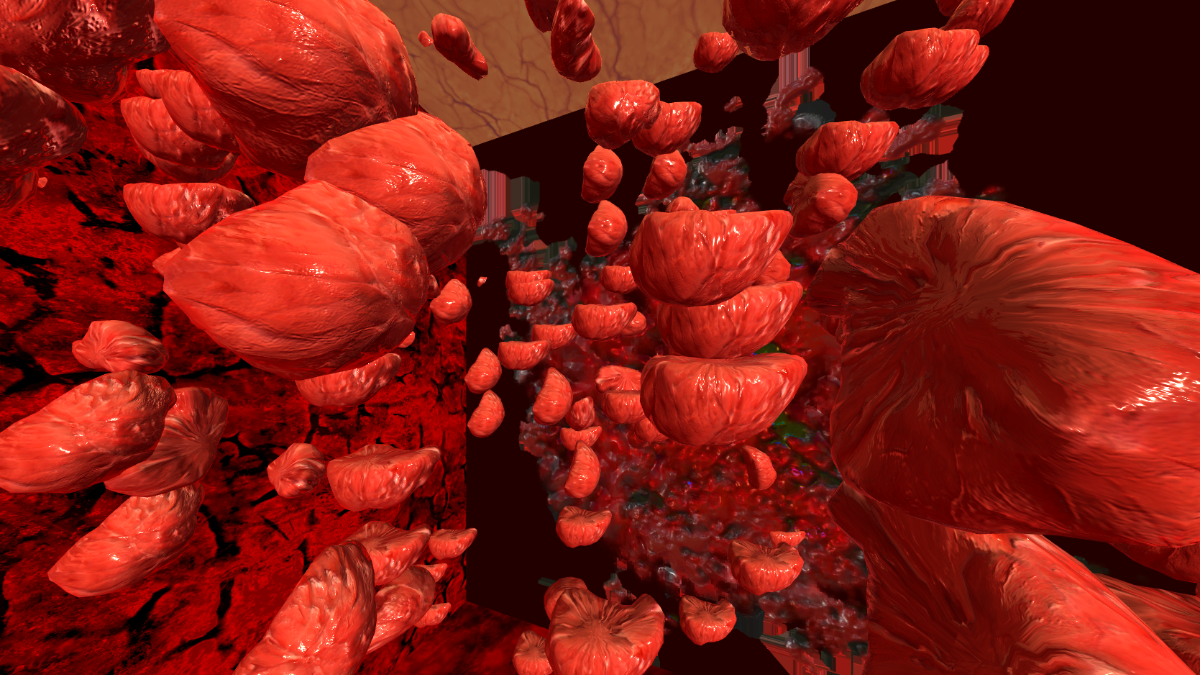 Meatspace is about the confrontation of the body. A reminder that in our increasingly mediated reality our bodies are still trapped within Darwinian husks of meat.

One of the dominant narratives of VR is the idea of leaving our bodies behind in a wonderous unbounded new space of infinite possibilities. Running counter to this is the very real experience that VR at times can induce feelings of motion sickness and nausea, where our bodies are not absent but very much present. On one hand VR is all about the non-body but at the same time it dramatically amplifies the notion of embodiment, of being in a body.

Meatspace explores this space and the reminder and confrontation of our meat bodies, as the user moves through a series of meat rooms, there is no narrative, no game, no interaction, no logic, no end, no beginning, just meat.

Meatspace was a term of derision first coined in the mid 1990’s first wave of VR evangelism for those trapped by their flesh, by the limitations of their messy and wet meat bodies. Twenty years later we are still trapped by our flesh, but our bodies are now extended through an electronic landscape. Meatspace is no longer a separate category to our mediated world but implicitly part of it.

This is a free drop-in event in The Salon at The Capitol.

This project is supported by the City of Melbourne Arts Grants Program. 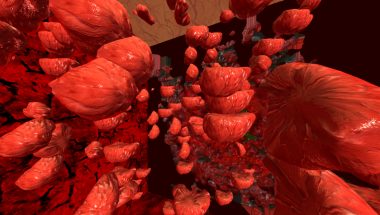