For the first time in RMIT University history, both the Men’s and Women's Big V Basketball teams are involved in the finals in their respective divisions.

It was less than four years ago that the inaugural season for the RMIT Big V Men’s team ended on the far-reaching courts, isolated from the hustle and bustle of the Bundoora Sporting precinct.

These days, RMIT Basketball has two professional sides in the semi-professional basketball league of Victoria.

With their home court the centrepiece of the Bundoora sporting precinct, it is a draw card for many students and community spectators to witness the action.

On the first weekend of August, history was made with both RMIT Basketball teams travelling away to play in their first ever playoff campaigns.

Building its culture off four pillars; sacrifice, energy, commitment, and family, the squad buy-in from these players has seen a rapid rise from the depths of the competition to the envy of the opposition.

The home and away season of 2022, saw the RMIT Big V Women’s team secure a top three spot after a 14-4 season, with the competition leader for points Samantha Labros leading the way, with great support from captain and top five leading rebound getter Lauren McInnes.

In their first finals encounter, the challenge didn’t get any bigger as they fell short against league favourites Altona in an away qualifying final.

Their season however, is still alive as they play a do-or-die semi final at the RMIT Sports Centre on the second weekend of August.

Everyone’s excited for what’s ahead, I feel like this season we’re playing more as a team rather than individuals and we’re confident in the squad of girls we have. 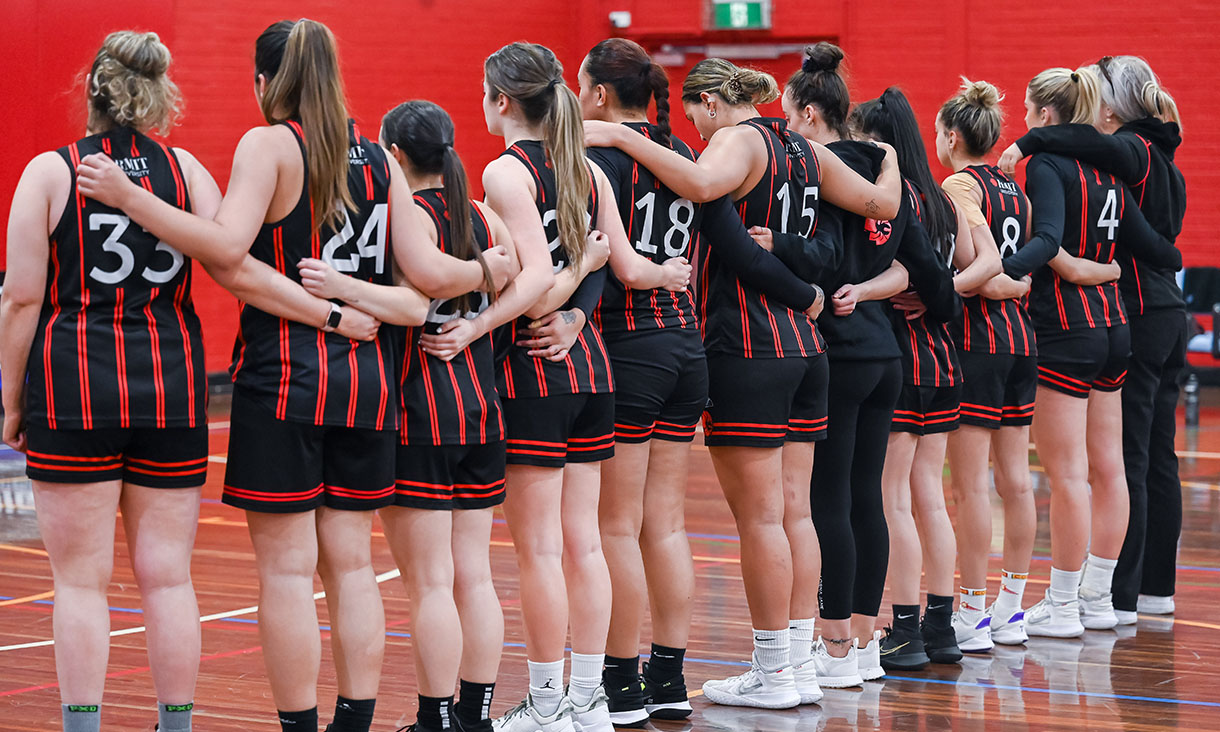 On the men’s side of the ledger, a late run of searing form saw them finish 6th on the Division 1 ladder to lock in a finals spot away from home two-hours North in Shepparton.

Managing to rebound from a tough start to the season, the men were able to recapture some form that saw them go 17-0 last season which was cut short due to COVID.

The dream of stunning the competition and going all the way was cut short with their side being eliminated against the classy Shepparton Gators, 70-49 in front of a sold-out crowd of over 500 spectators.

Although the dream run is over, the men’s side will be better for the finals experience.

International recruit Steve Coffey said that the most special part of being part of the team was the connection the players have with eachother.

“It truly is a family especially for me, being thousands of miles away from home these are the guys I see more often than not," he said.

With all the first week of final results aside, both squads have exceeded the wider competition expectations and have shown that they will be a feared, battle-hardened force for years to come.

Keep up to date with all the RMIT Big V Basketball action, including the upcoming women's semi-final, via their socials by following RMIT Big V on Facebook, Instagram and Twitter.

You can check out the live statistics and results through the Big V Basketball website.