RMIT hosted the University of Melbourne and Swinburne University at the 2022 Victorian Indigenous Intervarsity games.

In preparation for the Indigenous Nationals at the end of the month, RMIT Sport played host to the Indigenous Intervarsity Games at the Bundoora campus on Sunday 5 June.

The day opened with a Welcome to Country before athletes took part in volleyball, basketball and netball.

The event was a great opportunity for RMIT Sport and competiting universities to get some practice in before the main Nationals tournament.

Teams were decked out in deadly threads designed by students from the Ngarara Willim Centre during the men's and women's Big V Basketball matches.

The design depicts RMIT's three Melbourne campuses and the two rivers commecting and flowing between them.

Check out the highlights courtesy of RMIT student Mikki Robles below! 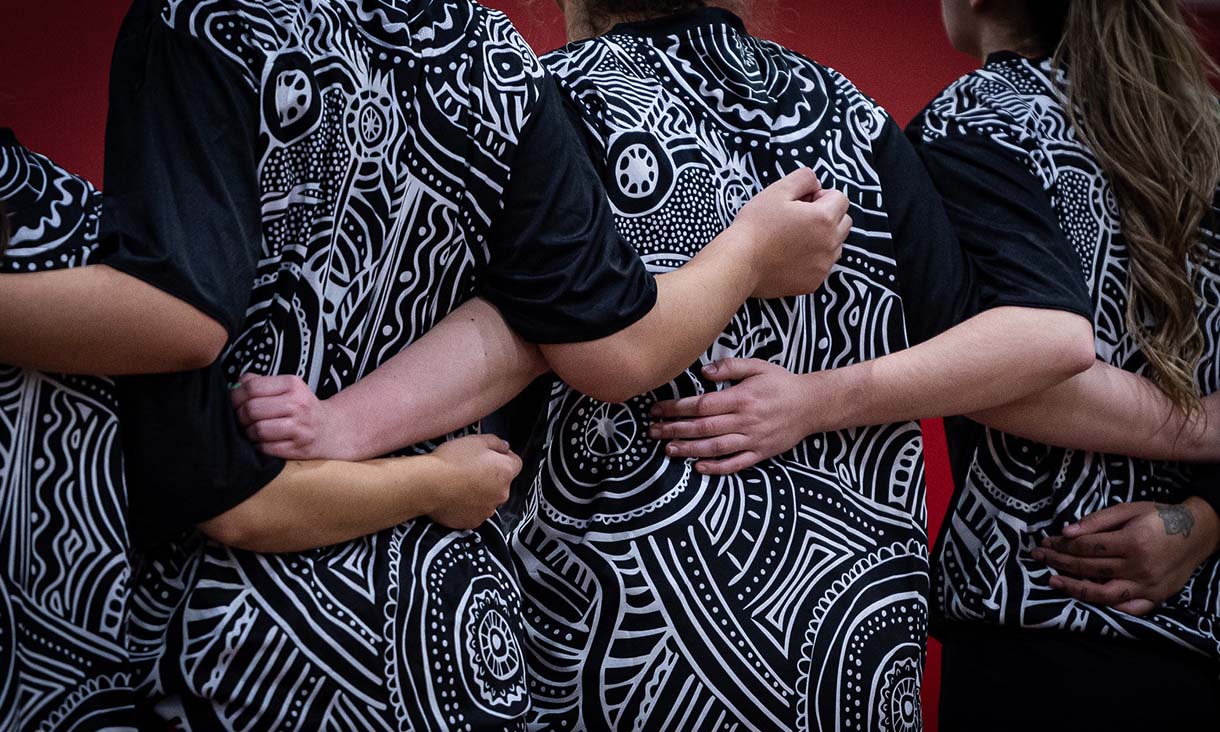 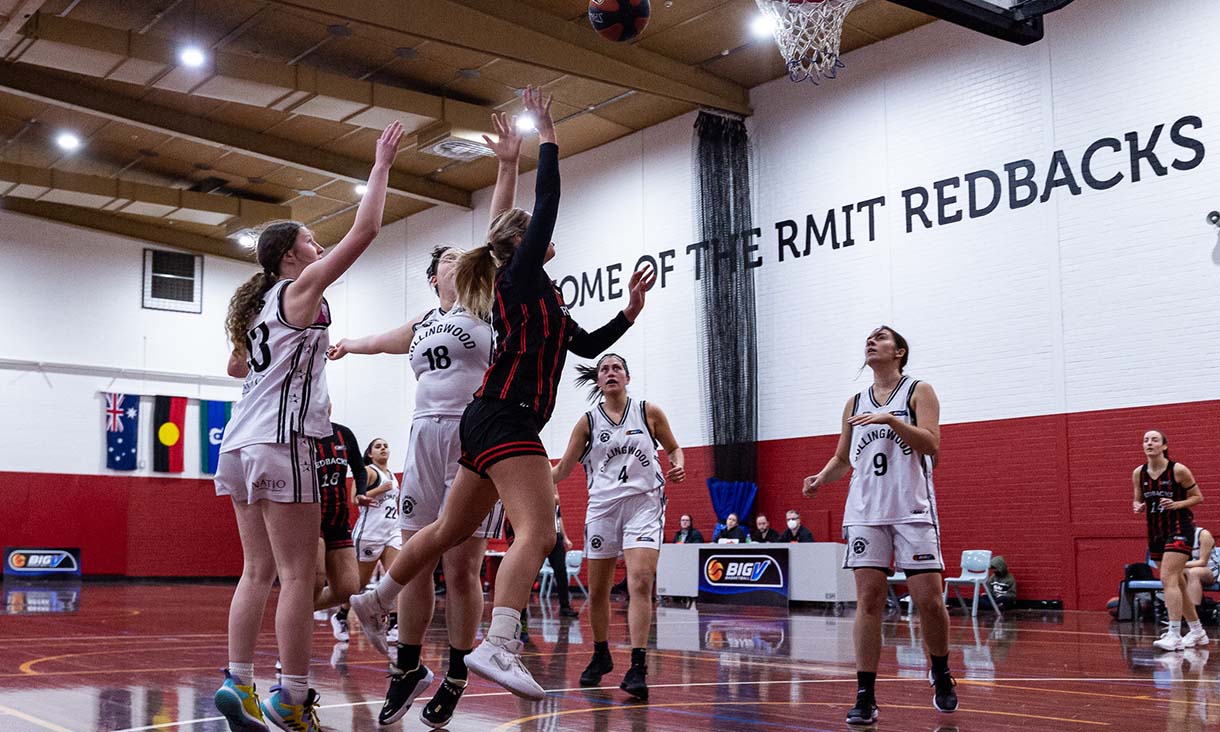 Basketball athletes from opposing teams compete for the ball. 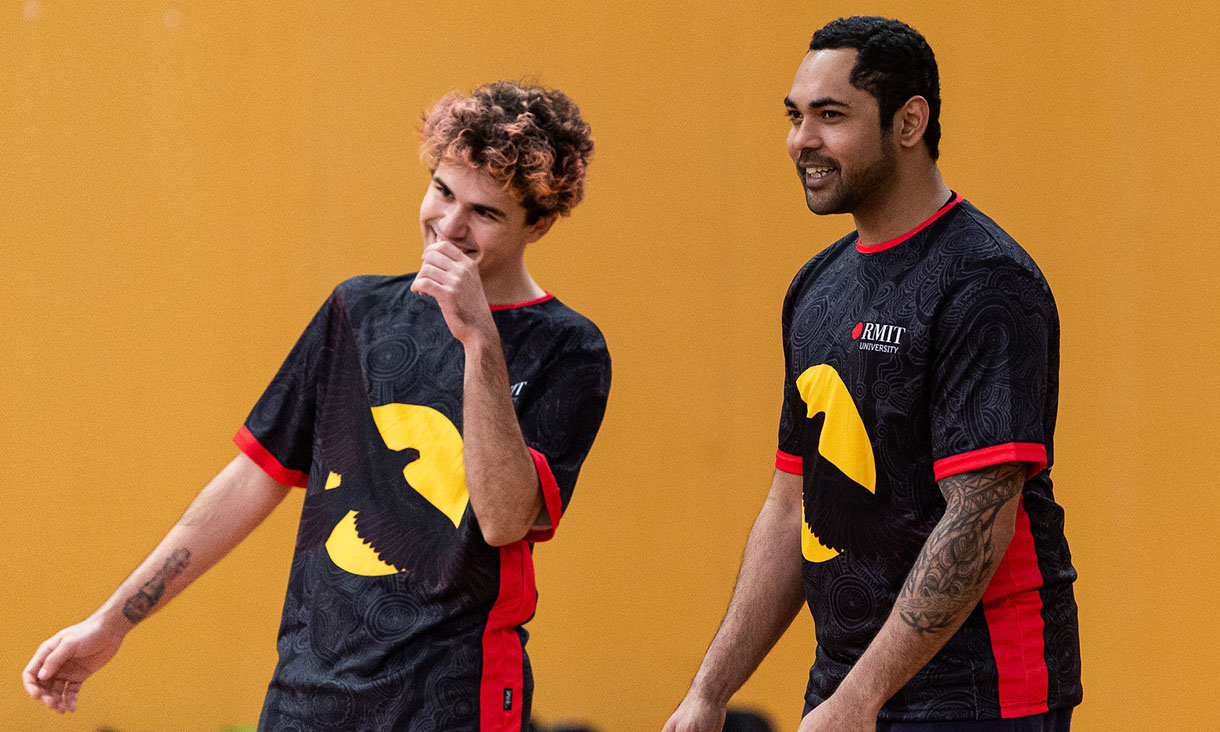 Volleyball teammates sharing a laugh during their match.