Success at the 2022 UniSport Nationals in Perth

Success at the 2022 UniSport Nationals in Perth

What an eventful week the UniSport Nationals in Perth was! The 16 representative RMIT Redbacks teams began their mission of success in September, competing against tough competition from 43 universities across Australia. The RMIT Redbacks ended the week winning three National Championships, and placing 5th overall.

Being Australia's biggest university sporting competition, UniSport Nationals is an annual event that is important to many university students.

The RMIT Redbacks are known for their positive team culture and spirit and that was on display as all students supported each other, built friendships and connections throughout the week.

Throughout the week, RMIT students competed hard for bragging rights and successfully attained numerous medals, which they proudly brought back to RMIT.

“The experience was incredible, not just through competing but also through the fun and supportive community that is the Redbacks," he said.

The Redback’s culture is unlike any other. I recommend any student wanting to be more active and represent RMIT to go for it and be involved in RMIT Sport in the future!

Sports such as Tennis, Cycling, Tenpin, Lacrosse, Ultimate Frisbee and Fencing were a few of the sports in which they successfully competed during their time in Perth.

Congratulations to our Championship teams:

Congratulations to our individual medalists: 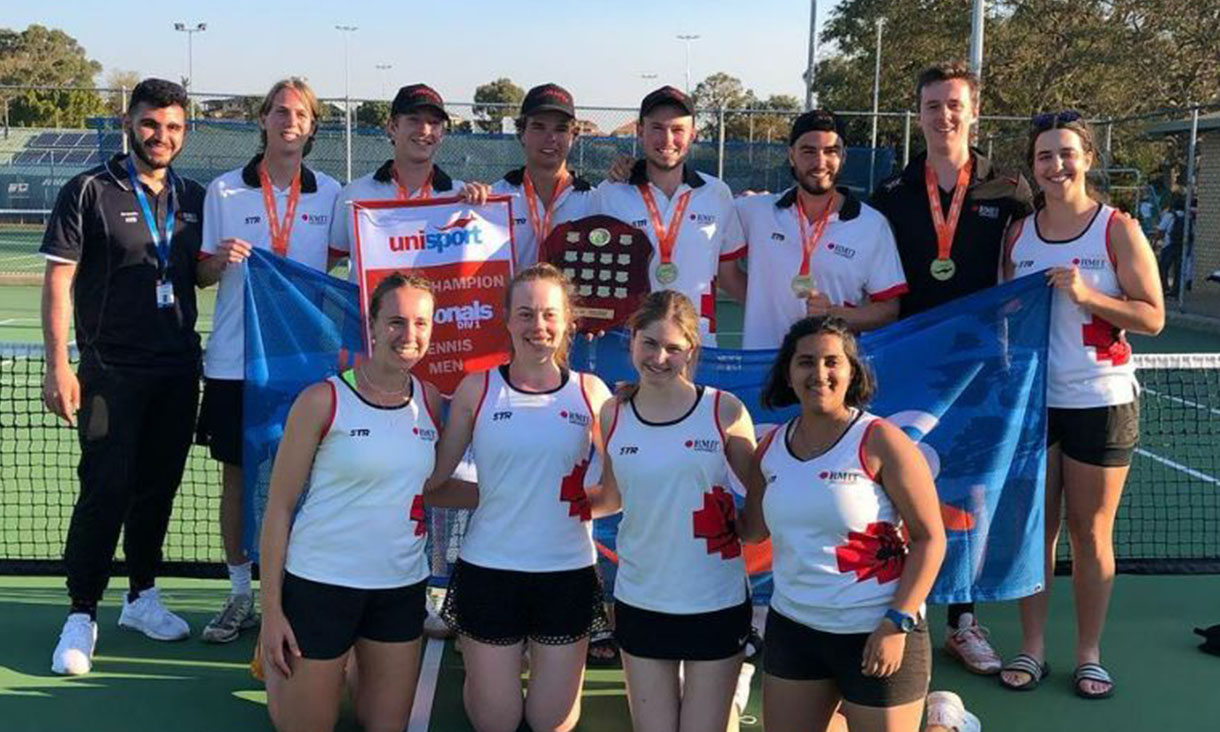 RMIT's Men's Tennis team were one of the many success stories from the week in Perth.

We are immensely proud of the RMIT Redbacks and the effort they’ve put into competing at the UniSport Nationals this year - along with their support of other key messages during the week such as Pride Day, with RMIT Sport Inclusion Ambassador Alex Smyth helping the Redbacks lead the way.

Our team of 147 consisted not only of student athletes, but RMIT students also attended to support the team in other ways, including media and sports training.

To view the full results and highlight wrap-up videos of the event, follow RMIT Sport and Fitness’ official Instagram page @rmitsport to see the work of the media team. 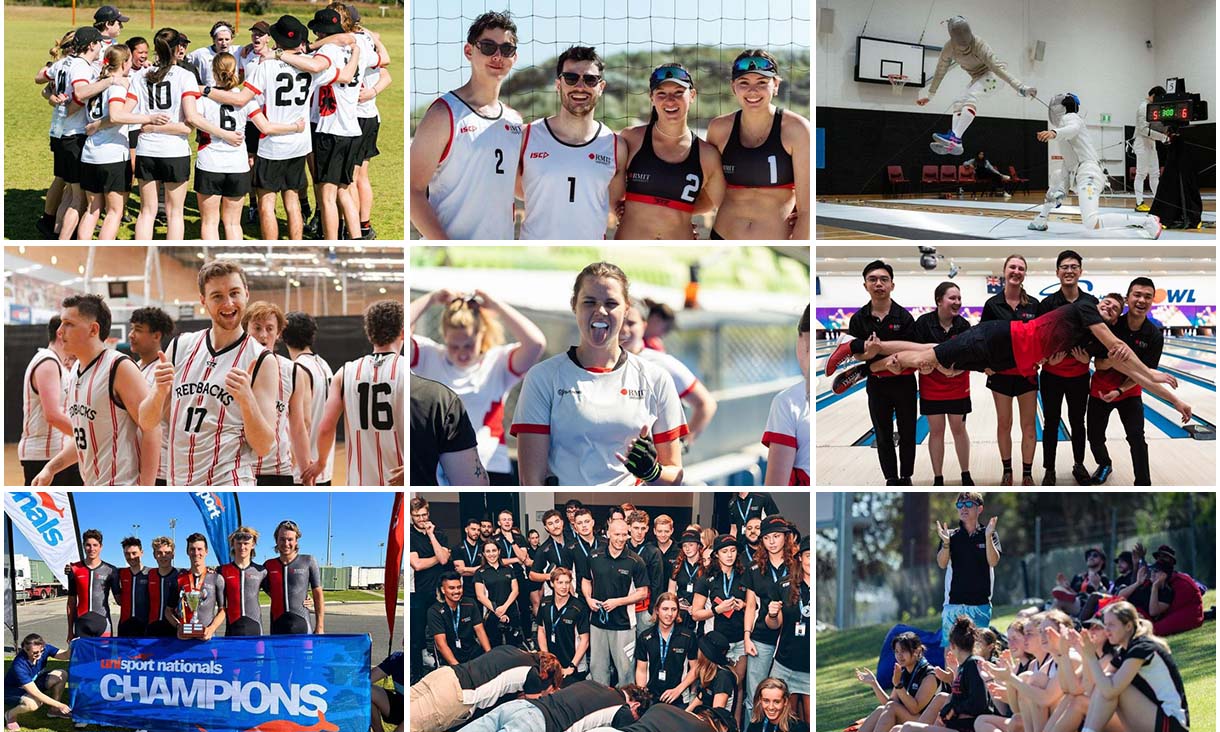 Meet the two RMIT graduates who’ve made a meaningful impact on their fellow students’ experience and wellbeing.

Student collaboration on show for The Collide Project

The Collide Project is a collision of several programs where students collaborate and interact to produce a live and post-production of a show.

The educators that made our experience