RMIT's Cheer and Dance club once again took part in this year's Midsumma Pride March. We spoke to Club Vice President, Patrick Mastalerz about his experience.

This year's march in St Kilda saw thousands of people in attendance, including our vey own RMIT Cheer and Dance club who enjoyed marching and dancing their way throughout the parade.


Why is it important for your team to be a part of Midsumma?

“It was very important and meaningful to us to be a part of the Midsumma Pride Parade," said Patrick.

"Every person in a team deserves to feel respected and included no matter their sexuality or gender identity."

"These are often the most vulnerable people in the wider community, and so we only see it fit that we use our voices and space to create a community that is welcoming and accommodating for anyone.”

Why do you think the involvement of RMIT is necessary for these events?

“It’s important to show younger audiences that RMIT and its community is a safe and welcoming space for those who often have had to go through their lives without a place like that," he said.

"I know that was how I felt, so seeing RMIT’s involvement can make that terrifying leap from High School to University feel more like a fresh, exciting start, rather than something to dread.” 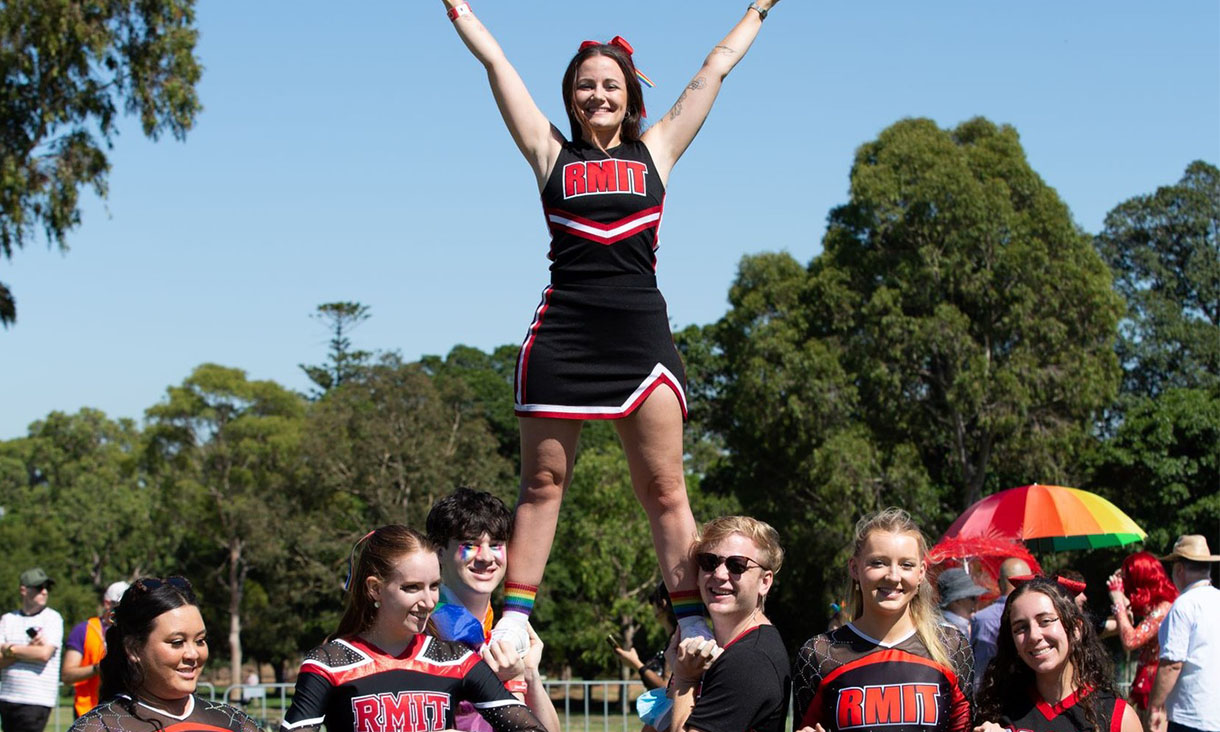 How many Midsumma Festivals have you attended?

"This was my second! Last year was my first festival and I was fortunate enough to come down and film one of the First Nations acts performing," he said.

"It was such a surreal experience last year getting to attend my first Pride-centered event. Leaving the day last year - and especially this year as a participant - I felt a sense of belonging and pride in myself that is truly indescribable."

"It can’t be understated the importance of these events for bringing that joy and purpose to people that don’t often get to feel that.”

What was your highlight of the day?

“My favourite moment from the day absolutely would be from one of our guys, Rowan, doing a cartwheel into a death drop on the road."

"The crowd was obsessed with it, and it was the loudest I heard the crowd cheer that day!” 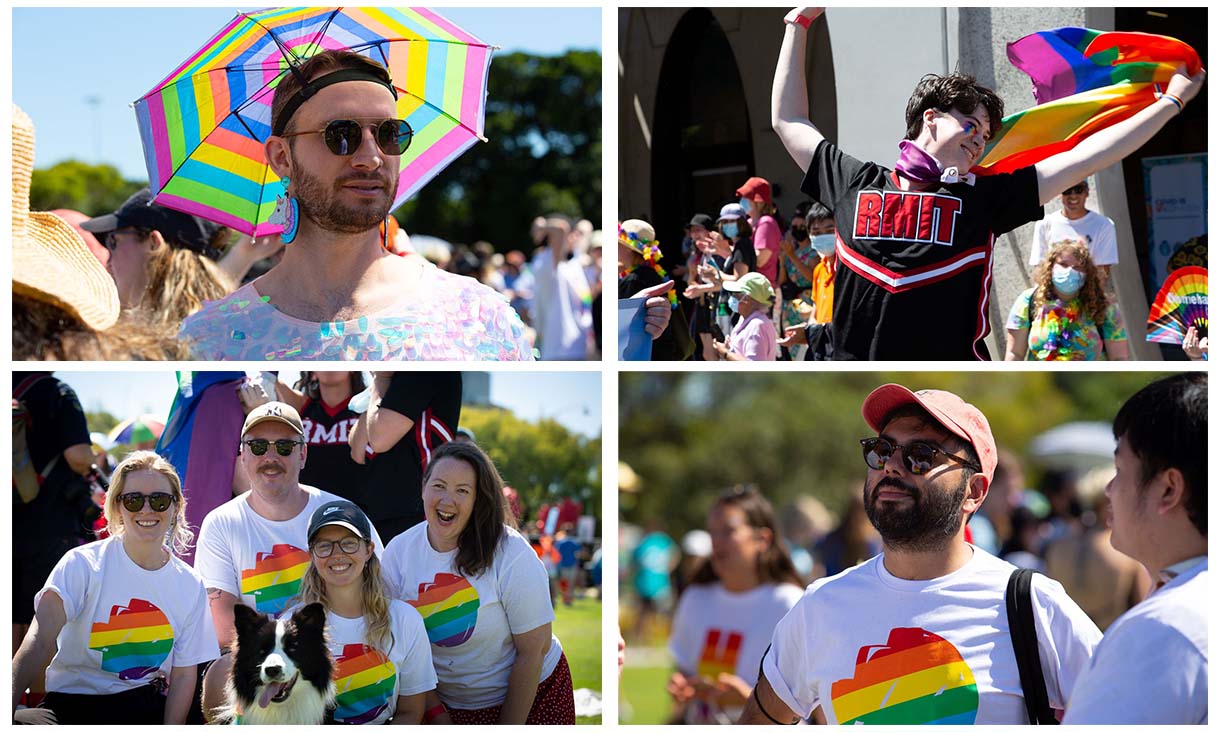 RMIT demonstrates its values of inclusion, passion and courage through their involvement with the Midsumma Festival.

This creates a safe, welcoming environment for current students, future students and staff at RMIT.

Here are a few resources that RMIT provide for LGBTQIA+ students.

For the first time in RMIT University history, both the Men’s and Women's Big V Basketball teams are involved in the finals in their respective divisions.

Engineering and technology industry leader, Bosch, shares insights in how to get the most out of your job search and elevate your applications.

International students enhance their resumes with help from industry mentors

We spoke to students who received personalised resume advice from representatives from ANZ, CSIRO, Bendigo and Adelaide Bank, CSL Limited and more.