Five students from RMIT’s College of Vocational Education (VE) have recently completed a placement with the Essendon Football Club’s AFLW team, where they experienced first-hand the skills needed to work in the sporting industry.

Throughout September and October, four Diploma of Remedial Massage students and one Advanced Diploma of Myotherapy student worked in the training rooms of the Essendon AFLW team.

This is the first time our VE students have had the opportunity to work with AFLW for this type of work integrated learning placement.

The students worked with the players to identify injuries and implement treatments, during Season 7 of the AFLW.

Two students, Darren Potter and Sarah Fairchild, both finishing their Diplomas of Remedial Massage this year, reflected on their time with the Essendon players, highlighting the clear advantage the placement had provided for their future careers in the sporting industry.

For Darren, the most rewarding aspect of his placement was how much confidence he built over time with both his interactions with the players and his own abilities in treating them.

“My favourite part was pushing myself further and executing what I had learnt from class,” he said.

Over time, this made me more confident and comfortable within myself. I also enjoyed building new friendships with the players, as I started to feel part of the team.

Darren was pleasantly surprised at how much he was challenged and supported by the head physiotherapist, Megan Smith.

“She not only passed on feedback about players, but she also listened to what you had to say at the end of the treatment for each player,” he said.

“She would then always ask, 'why do you think that?' to challenge you to think of why the body was acting in that way or what injuries the players actually had.”

Darren also highlighted the fact that he believed the placement program greatly increased his employability.

“It might seem as though you are doing all this work and hours for free but when you are embedded in the culture and being a part of the team, it is so rewarding,” he said.

“The experience I gained from this placement was priceless, it’s going on the CV for sure.” 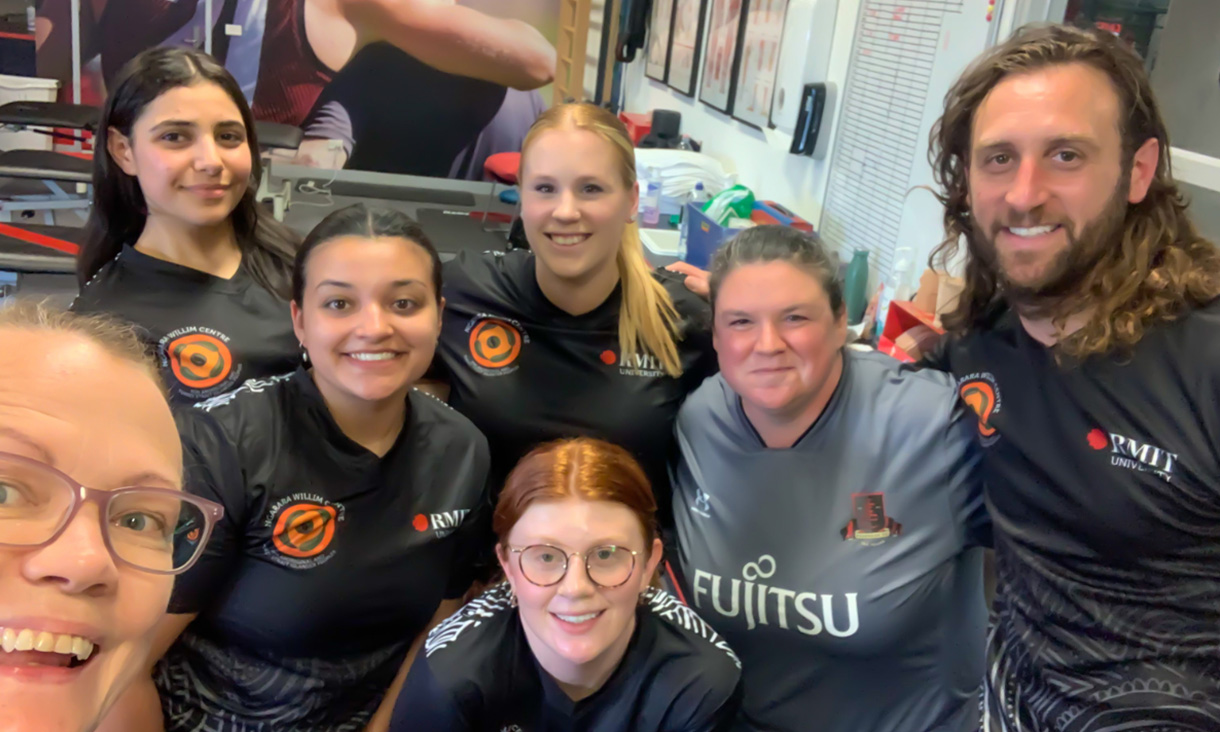 Working with the Essendon AFLW team was especially valuable for Sarah as she has great aspirations to work in the sporting industry.

“This placement made me realise sporting environments are definitely the area I want to work in,” she said.

“I really liked getting to know the girls and bonding with them on a client therapist level, as they were all so nice and accommodating.”

Sarah found the level of detail they were exposed to extremely enlightening and unexpected.

“The fact that they were willing to show us all the things they get the girls to do during training and the ways the girls are assessed helped me to pick things up so much faster,” she said.

“I really enjoyed this placement and all the new knowledge I gained so I am very grateful that I got the opportunity to participate.”

You can check out the range of RMIT’s Remedial Massage and Myotherapy programs here.

RMIT athletes of the year were crowned together with the most outstanding clubs as they we reflected on their sporting highlights of 2022.

GenderQuest, a game for young Australian trans and gender diverse people, was designed by RMIT students in partnership with industry partners Medibank and The Australian Red Cross.

Students share their experiences for International Day of People with Disability

RMIT students shared their experiences after attending the first neurodivergent-friendly study sessions and discussed what other changes they would like to see on campus for International Day of People with Disability.

RMIT Graduate Gerard Starling proves that it is never too late to change your career, shares his passion to deconstruct masculinity in his community and his advice to future students.