Alumni spotlight: Building a successful career amid motherhood and tragedy

Alumni spotlight: Building a successful career amid motherhood and tragedy

Rosanna’s career began in community service during the 1990s when she worked with Melbourne’s newly arrived Arabic-speaking residents.

“At that time there was an influx of refugees coming from different countries and we needed to help them with settlement services,” she recalled.

“We started to witness troubled youth and so that’s really what got me going in that area.” 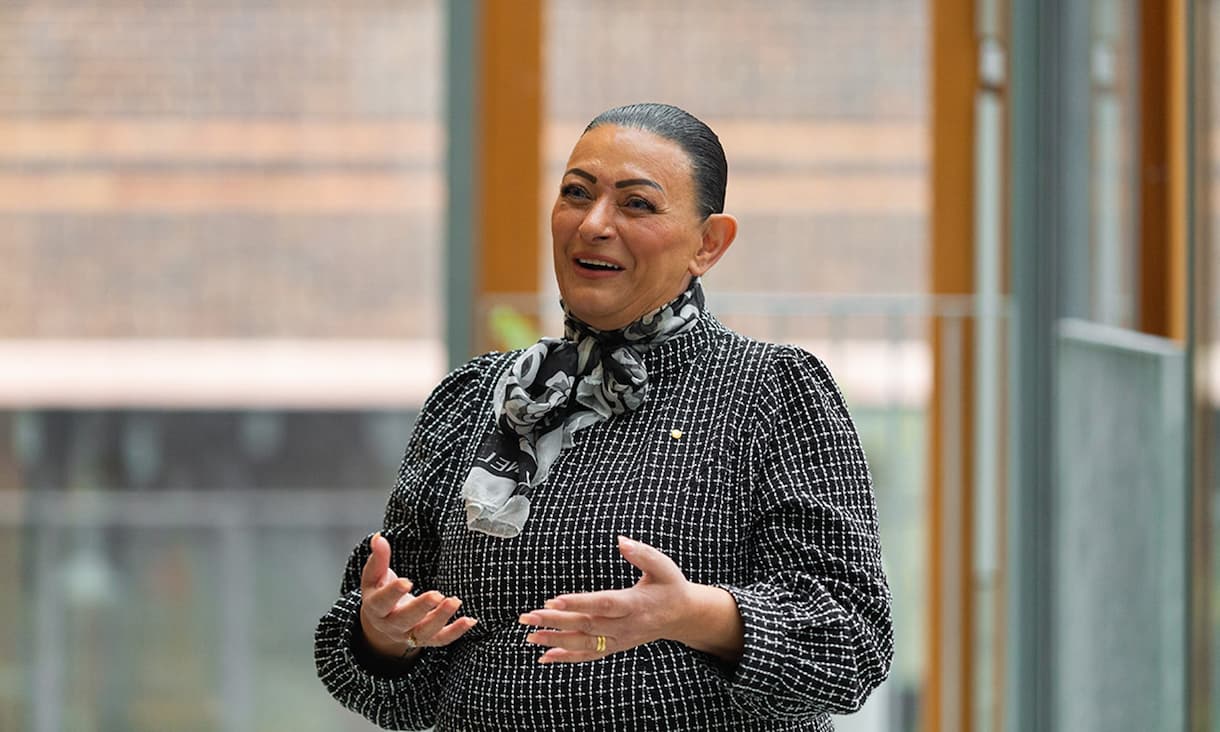 Her decade of work with refugees led to the Victorian Government appointing her as the Commissioner for Multicultural Affairs, and she soon began studying RMIT’s Bachelor of Arts (Criminal Justice Administration), which is now the Bachelor of Criminal Justice.

Rosanna continued to help youth in crisis settle into schools and jobs while she also kept up her role as a bail justice and Justice of the Peace.

Her enthusiasm for the study was bolstered by the support she received from RMIT staff.

“The experience at RMIT was just amazing,” she said.

“Put aside the fact that I was also a commissioner, I was never ever treated any differently from any other student. The support I received, whether it was from my lecturers, the librarians or people at the top end, was just enormous. It’s basically why I ended up graduating with a distinction.

When you wake up in the morning and can’t wait to get to uni, you know you’re in the right place.

After graduating in 2003, Rosanna was eyeing off a position with the Australian Federal Police where she had completed her work placement.

But it wasn’t meant to be. She was pregnant with her fifth child and decided instead to invest in a family business before embarking on her career.

Then life threw another curveball at her when she started noticing her husband was behaving strangely. At first he couldn’t remember their wedding anniversary and later, he forgot how to get home from work.

“It was one of the most difficult times of my life,” Rosanna said.

“He was deteriorating, but it wasn’t until 2009 he was diagnosed with early onset Alzheimer’s disease and by then two thirds of his hippocampus had already gone.

“From then on it just became a downhill battle – trying to juggle work, my studies, the family and his disease was a very difficult time.

“I’ve learned some changes will happen and some of them are going to rip you apart. From losing my husband four years ago, which caused me enormous pain, I had to own the loss and accept it. We’re all here part time, so if anyone’s thinking we’re going to be here forever – well, we’re not.”

Rosanna’s husband passed away in 2017.

By this time she had owned a Hairhouse Warehouse outlet for eight years before deciding to explore an interest in skin science and research. Rosanna gained her undergraduate qualification in dermal sciences with the aim of becoming a researcher.

Today she teaches dermal sciences students, but recently, she was nationally recognised for the impact she made on vulnerable communities early in her career.

Rosanna was the 2020 recipient of the Medal of the Order of Australia (OAM), recognising Australians who have demonstrated outstanding achievement and service.

Throughout her successful career, the mother of five and grandmother of four said she couldn’t have done it without a strong sense of self-confidence and her own guiding principles on maintaining a work-life balance.

“I’m a very organised person - I plan things, I always have a schedule and I use a calendar for everything that I do,” Rosanna said.

“The other thing I also do is I never take my work home. Never. So it doesn’t affect my family or my social life because I like to enjoy my time with my children and grandchildren.”

She said her experiences as a student at RMIT not only helped shape her current career as a sessional lecturer, but as a lifelong learner.

“I often think about my lecturers and how they behaved, and how I admired them because I had an amazing group of lecturers,” Rosanna said.

“Through being at RMIT I started to discover myself. I discovered I had a self-confidence and I just wanted to shine. That was the highlight for me from my time at RMIT.”

If you’re an RMIT alumni and want to share your career experiences, let us know.

From a small town to the Big Apple, Indigenous artist Hayden Ryan is taking his music career to new heights.

From training the working class to teaching world-class courses: A brief history of RMIT University

From the first working-class graduates to future tech leaders, RMIT University has forged countless lives over the centuries.

How Jamil steered his career from advertising to business tech

RMIT alumni Jamil Luketic graduated with a love for media and quickly found a new job at Channel 9, but then a pathway into tech and entrepreneurship opened and he’s never looked back.