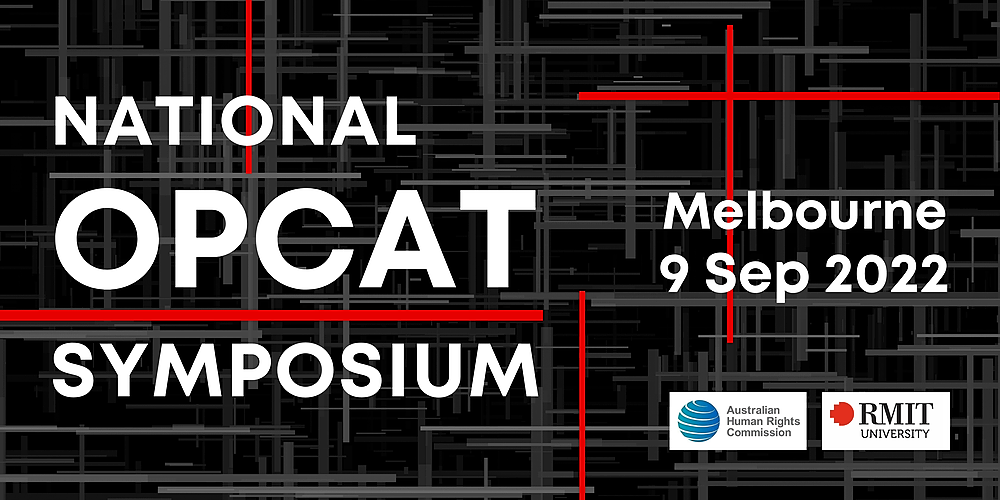 There are always risks of human rights abuses when people are detained in locked environments, such as prisons, immigration detention facilities and psychiatric facilities.  Preventing such abuses was the subject of a recent National Symposium at RMIT.

The Symposium, presented by RMIT’s Graduate School of Business and Law in partnership with the Australian Human Rights Commission (AHRC) on 9 September, aimed to see how far Australia has progressed in implementing the Optional Protocol to the Convention Against Torture and other Cruel, Inhuman or Degrading Treatment or Punishment (OPCAT).

OPCAT requires all Australian jurisdictions to set up robust independent monitoring agencies (known as National Preventive Mechanisms or NPMs), which can inspect and report on rights issues in all places where people are deprived of their liberty.

The Symposium built upon the shared goal of implementation of OPCAT in Australia, “…a goal that will strengthen our country and a goal that will enhance human rights for us into the future”, as put by Lorraine Finlay, Australian Human Rights Commissioner.

Despite the Federal government ratifying OPCAT nearly half a decade ago in 2017, some States and Territories are lagging in implementing their nominated NPM.  The concern was palpable during the Symposium as attendees advocated both for a network of NPMs which upheld human rights in places of detention – and a network which was ready by the deadline for compliance on 20 January 2023, as set by the United Nations.

The kind of scrutiny on display during the Symposium is only the beginning for Australia, as the United Nations Subcommittee on the Prevention against Torture and other Cruel, Inhuman or Degrading Treatment or Punishment (UN SPT) is scheduled to visit from 16 – 27 October 2022.

Australia must then front-up to the United Nations in Geneva in November to give its sixth periodic report on implementation of the Convention Against Torture.  Based on the discussions during the Symposium there is a real concern that the Federal, State and Territory governments may need to consider what happens if they cannot meet the January 2023 deadline.  As rightly noted by Dr Alice Edwards (UN Special Rapporteur on Torture), “…the world is watching” and Australia must demonstrate its commitment to the abolition of torture and ill-treatment in all places where people are deprived of their liberty. 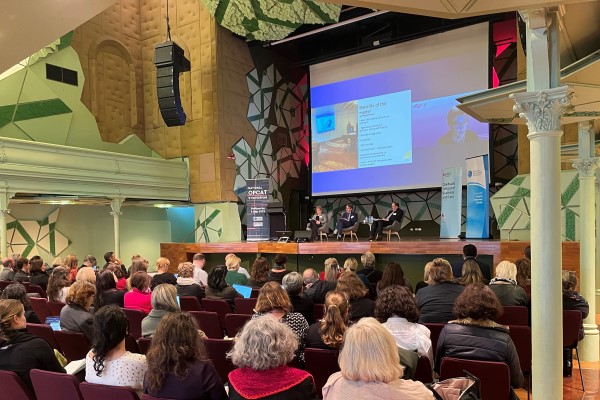 Despite the rapidly approaching deadline, there was a real sense of optimism throughout the day.  Attendees from over 42 statutory agencies and commissions, and from a range of NGOs, were able to come together to discuss what a best-practice OPCAT should look like.  This was facilitated by the breakout discussions which canvassed opinions and feedback on how successful NPMs should operate.

From how to uphold children’s’ rights in places of detention, to the need for NPMs to investigate places where people with disability are confined, and for culturally safe and inclusive practices, participants debated ways to ensure that the rights of everyone in detention are protected from torture and ill-treatment.

One notable champion of justice was Dr John Chesterman, Queensland’s Public Advocate, who was a keynote speaker during the event.  Chesterman emphasised that NPMs must visit both ‘primary’ and ‘secondary’ places of detention.

Chesterman observed that the distinction between ‘primary’ and ‘secondary’ places of detention is an arbitrary one that has been adopted by government. “It is not a distinction that means anything to the people that are being detained” continued Chesterman in calling for all NPMs to visit both ‘primary’ and ‘secondary’ places of detention.  All people in detention need protection from torture, and to be treated with dignity and respect.

We are hopeful that the Symposium will encourage Federal, State and Territory leaders to focus on the remaining steps needed to ensure implementation.  The feedback provided throughout the event will also help to inform the AHRC’s upcoming Roadmap to OPCAT Compliance, to be published shortly.  The roadmap will set out a clear pathway towards best practice implementation.

Over the coming months, there will be significant focus on Australia, with the UN SPT visit in October, our country’s appearance in Geneva in November, and the OPCAT deadline in January 2023.

There is still much work to be done, but the expertise and commitment that was on display at the National OPCAT Symposium should leave us feeling positive about Australia’s future progress.

OPCAT is of the utmost importance in upholding the human rights for all Australians in places of confinement.  It will ensure there are protections in place again torture and all forms of ill-treatment.

Scaling innovation: What can we do to address the corporate innovation investment and value generation gap?

Clarify, ideate, develop, and implement – the broad underlying design-thinking principles that guide the innovation processes at all levels of enterprises, from your large multi-nationals to grassroots entrepreneurs.