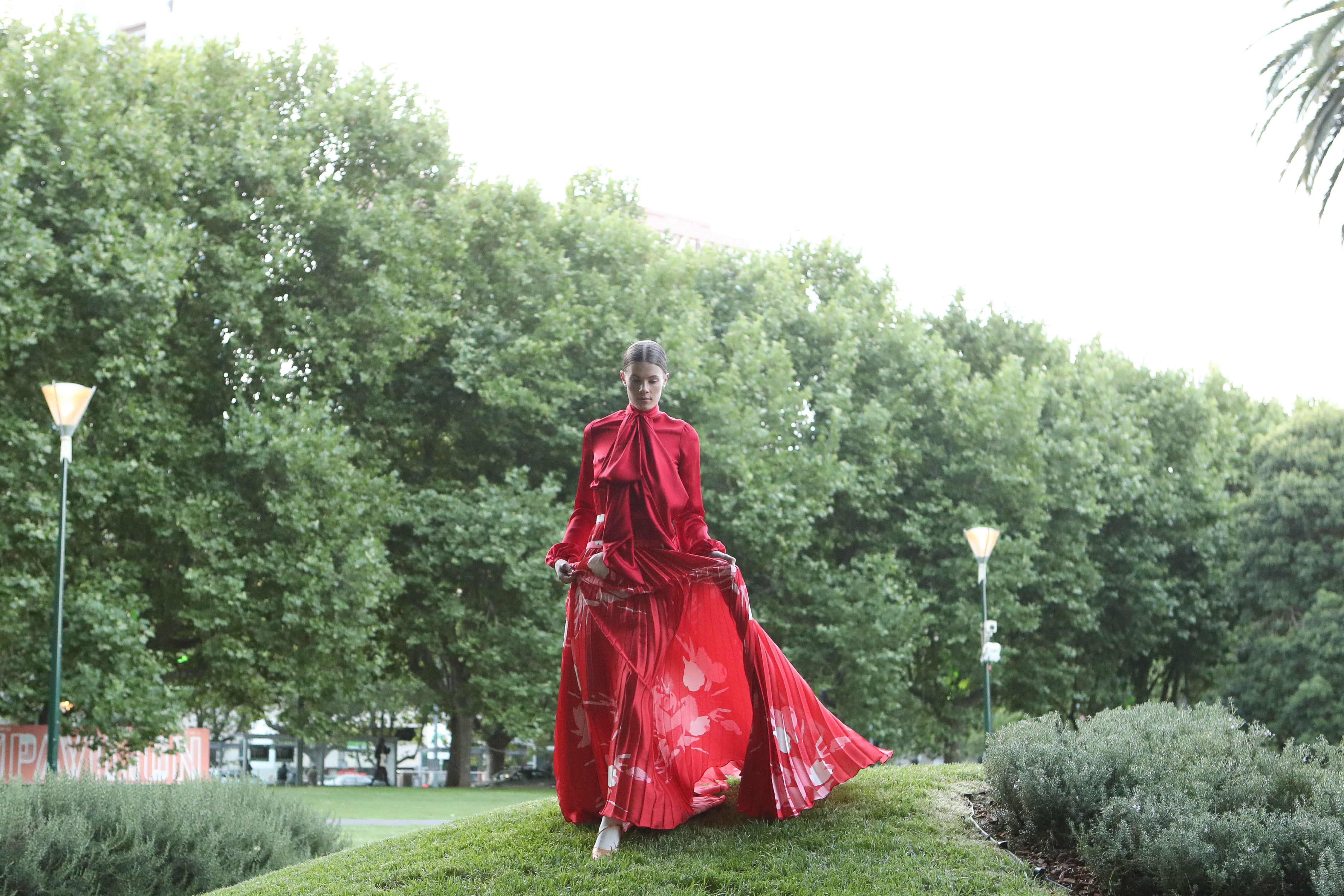 A culturally diverse, critically and aesthetically potent group of Masters fashion students has exhibited a range of stunning designs at Melbourne’s MPavilion.

Much more than just a runway show, the Master of Fashion (Design) graduate showcase event is always a hot ticket, with students responding to the MPavilion architecture and site to create an immersive experience that highlights their mastery of advanced fashion practice.

For graduating designer Rutika Patki, it was this aspect of the show that set it apart from anything else she has been involved in.

“The show was a one-of-a-kind experience for me as a designer,” Patki said.

“I have been involved in fashion shows before, but this was special because I was a part of its conception. We took charge of the production of the show and that made it feel more "ours" than anything else.

“It wasn't just about creating pretty clothes. It was about the thought that went into the other aspects of it, like the lighting design, the music, the seating, the goodie bags that were to be given to people; all of these had to have a common theme that conveyed to the viewers our story as a cohort,” she said. 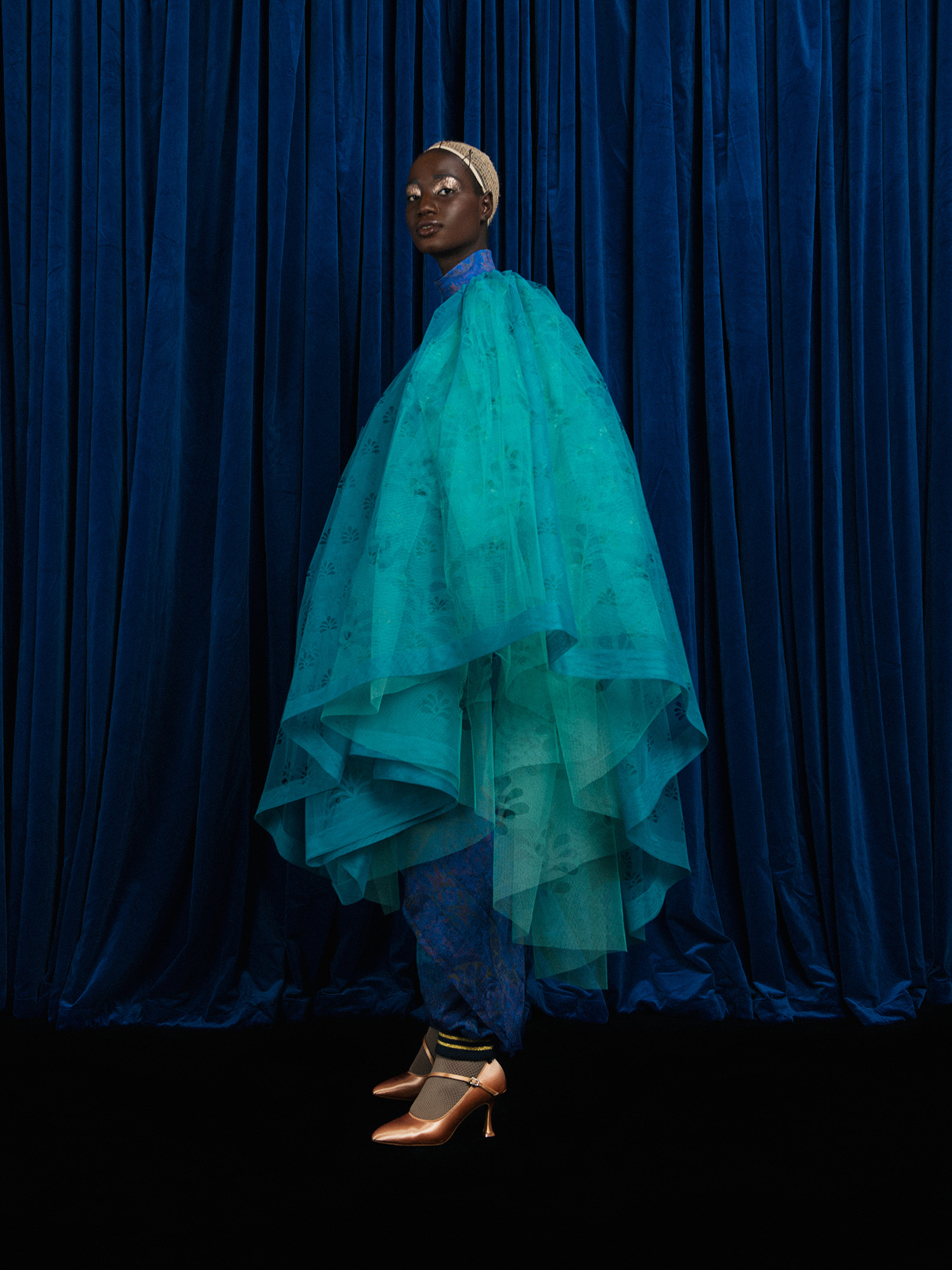 The audience was treated to a spectacular array of designs from three of the Master of Fashion (Design) graduates. Patki was one of two Indian nationals completing her Masters; both she and fellow student Benjamin Garg drew on their heritage and Indian design and fabric traditions in the development of their colourful, eye-catching creations.

The focus of Patki’s showcase was the hand-me-down saris from the matriarchs of her family, while Darg showed voluminous, playful pleated designs developed using a traditional Indian cloth.

Alongside Patki and Garg, Amanda-Agnes Nichols’ #replica project drew on her unique training in the worlds of feature film and haute couture.

Prior to commencing her Masters course Nichols already had some impressive credentials on her CV, having worked as a costume cutter with film credits including Baz Luhrmann’s Australia and The Great Gatsby.

In 2015 she received the Churchill Fellowship to further develop expertise in corsetry and couture technique, working in the Parisian ateliers of Givenchy and Schiaparelli.

Following the Master of Design showcase, Patki and Garg travelled to Hong Kong as part of an RMIT contingent exhibiting at the Hong Kong Business of Design week. Patika said it was indicative of the experience she has enjoyed being part of the RMIT program.

“RMIT has given me a truly global outlook on fashion and design that I wouldn't have been able to explore to such a great extent anywhere else,” she said.