A new program at the National Gallery (NGV) of Victoria is connecting local and international students through the language of art and design.

Funded by Study Melbourne and launched by the Hon. Martin Pakula, Minister for Jobs, Innovation and Trade, MEET NGV will provide unique opportunities for local and international students to get to know the NGV Collection.

Over 500 students from RMIT enjoyed exclusive access to the Escher X nendo exhibition at an event to celebrate the launch of the program and connect with likeminded fans of art and design.

Following the successful launch, a program of events will run across the next 18 months including special students’ nights featuring exhibitions, music and hospitality in a vibrant social atmosphere. 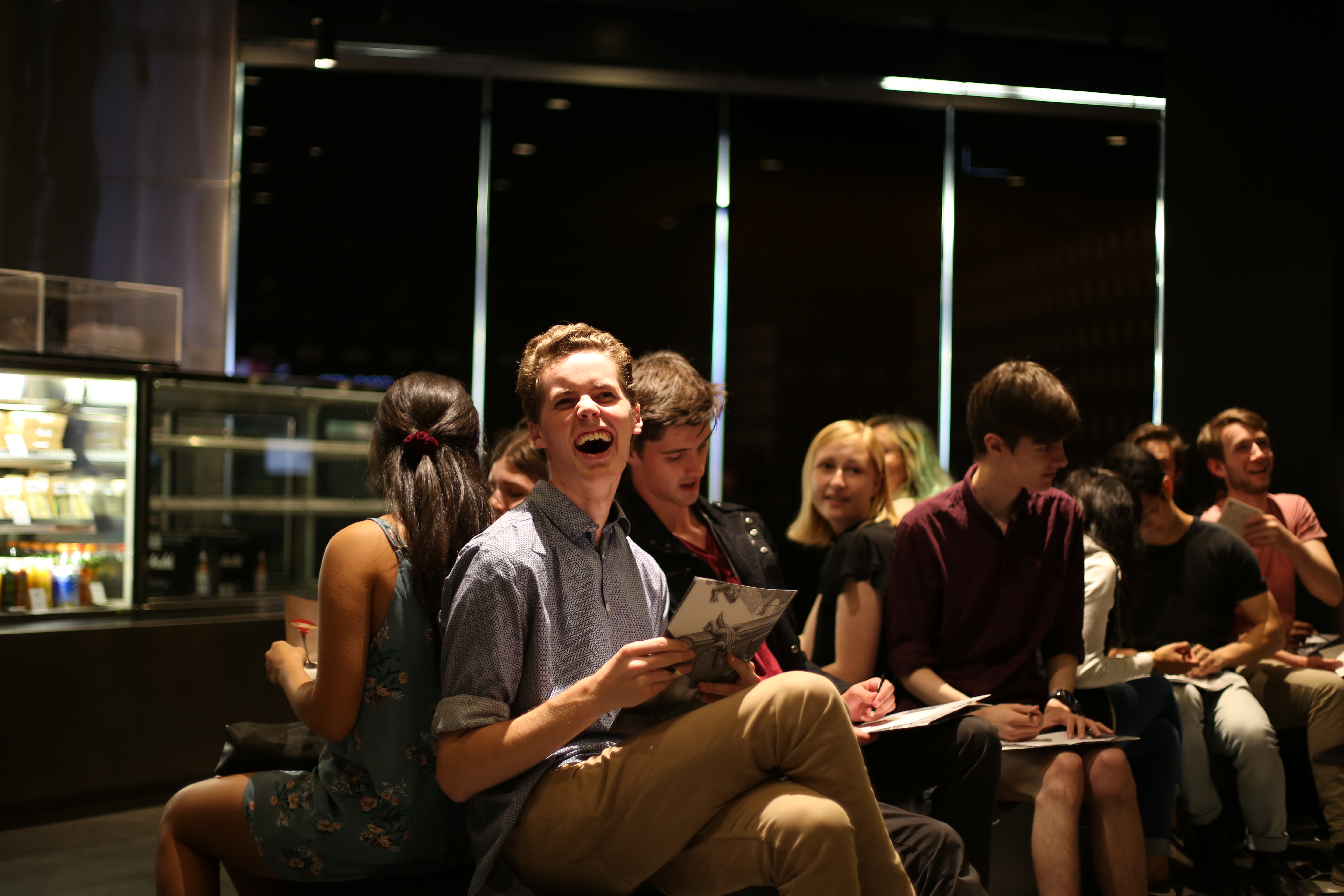 A group of 12 students has been selected as MEET NGV International Student Ambassadors, including nine from RMIT.

Two of RMIT’s NGV Ambassadors, both with a track record of extending opportunities to fellow students, praised the program and the success of the launch event.

Rosanna Li is President of the creative collective the Catwalk Club, regularly creating opportunities through the club for RMIT students to network with their peers and industry, and upskill in all areas of fashion.

She said it was a privilege to be selected to work with the NGV team on the event.

“The experience of participating in the planning gave us a sense of the bigger mission of the NGV,” she said.

“I think it was so popular because it did not need the language – just art – which proved to me again how art is such a universal language,” she said.

“It was a pleasure to see that throughout the different activities, the conversations were initiated by people who might not have known each other before, who came from different parts of the world.

“This is when the locals get to meet the internationals with the help from the universal language, art,” Sangboon said.

The student Ambassadors will meet with the NGV throughout the year, contributing ideas and being consulted about forthcoming events.

RMIT is a Design Partner of the NGV; a partnership that combines academic research and student work with curatorial excellence to strengthen Victoria’s design industry.