People with sleep apnoea struggle to remember details of memories from their own lives, potentially making them vulnerable to depression, new research has shown.

Estimated to affect more than 936 million people worldwide, obstructive sleep apnoea (OSA) is a serious condition that occurs when a person's breathing is interrupted during sleep.

People with OSA are known to suffer memory problems and also have higher rates of depression but it is not well understood how these issues are connected with the development of the disease.

The new study led by RMIT University examined how the condition affected autobiographical memory and found people with untreated OSA had problems recalling specific details about their lives.

“We know that overly general autobiographical memories – where people don’t remember many specific details of life events – are associated with the development of persistent depression,” Jackson said.

"Our study suggests sleep apnoea may impair the brain’s capacity to either encode or consolidate certain types of life memories, which makes it hard for people to recall details from the past.

“OSA is increasingly common, affecting up to 30% of elderly people and around one in four Australian men aged over 30.

"Sleep apnoea is also a significant risk factor for depression so if we can better understand the neurobiological mechanisms at work, we can have a chance to improve the mental health of millions of people." 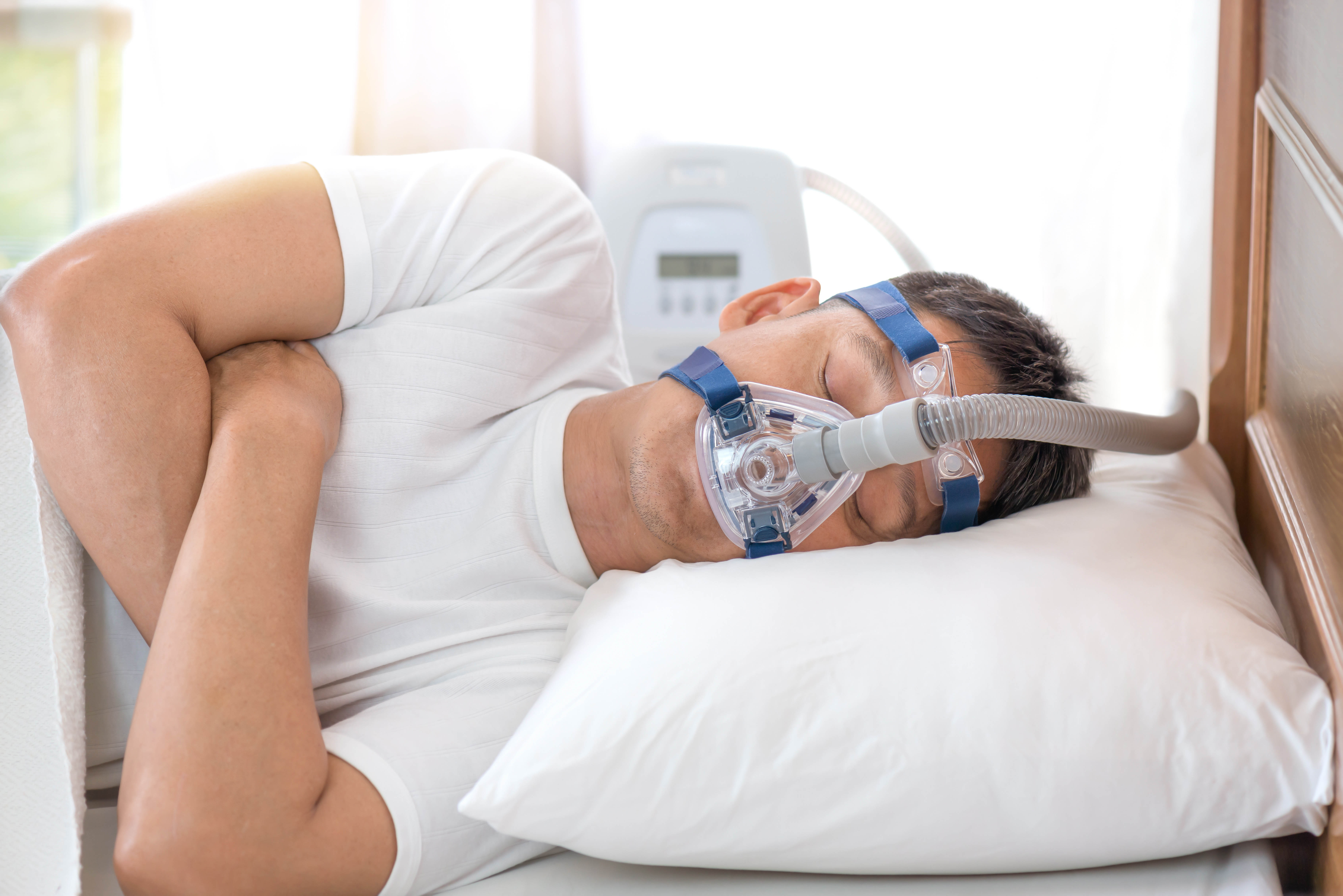 The use of CPAP machines has been shown to improve some of the cognitive impairments related to obstructive sleep apnoea.

The study compared 44 adults with untreated OSA to 44 healthy controls, assessing their recall of different types of autobiographical memories from their childhood, early adult life and recent life.

The results showed people with OSA had significantly more overgeneral memories - 52.3% compared with 18.9% of the control group.

The study also looked at recall of semantic memory (facts and concepts from your personal history, like the names of your school teachers) and episodic memory (events or episodes, like your first day of high school).

While people with OSA struggled with semantic memory, their episodic memory was preserved. This is likely related to their fragmented sleeping patterns, as research has shown that good sleep is essential for the consolidation of semantic autobiographical memory.

Across both groups, being older was associated with having a higher number of overgeneral autobiographical memories while higher depression was linked to having worse semantic memory.

Jackson, a Vice-Chancellor’s Senior Research Fellow in RMIT’s School of Biomedical and Health Sciences, said the results showed the need for further studies to better understand the role of untreated OSA on memory processing.

“Brain scans of people with sleep apnoea show they have a significant loss of grey matter from regions that overlap with the autobiographic memory network,” she said.

“We need to look at whether there’s a shared neurobiological mechanism at work – that is, does the dysfunction of that network lead to both depression and memory problems in people with sleep apnoea?”

Jackson said the use of CPAP machines to treat OSA had been shown to improve some of the cognitive impairments related to the condition.

“An important next step will be to determine whether successful treatment of sleep apnoea can also help counter some of these memory issues or even restore the memories that have been lost.”

The study - conducted with collaborators from the Institute for Breathing and Sleep, Florey Institute of Neuroscience and Mental Health, and University of Melbourne - is published in Journal of the International Neuropsychology Society (DOI:10.1017/S1355617718001091).

Be part of the conversation about Empowering Health! Join local and international leaders from industry, research and innovation, 18-20 February at RMIT. Find out more at Engaging for Impact 2019.

·        Sleep apnoea occurs when the muscles in the upper airway collapse during sleep, blocking off the airway above the voice box.

·        Breathing stops for a period of time (generally between 10 seconds and up to 1 minute) until the brain registers the lack of breathing or a drop in oxygen levels and sends a small wake-up call. The sleeper rouses slightly, opens the upper airway, typically snorts and gasps, then drifts back to sleep almost immediately. This pattern can repeat itself hundreds of times a night, causing fragmented sleep.

·        It’s estimated that about five per cent of Australians suffer from sleep apnoea.

·        Around one in four men over the age of 30 years have some degree of sleep apnoea, making it more common than asthma.

·        Conservative treatment includes weight loss and cutting back on alcohol.

Researchers have used sound waves to turn stem cells into bone cells, in a tissue engineering advance that could one day help patients regrow bone lost to cancer or degenerative disease.