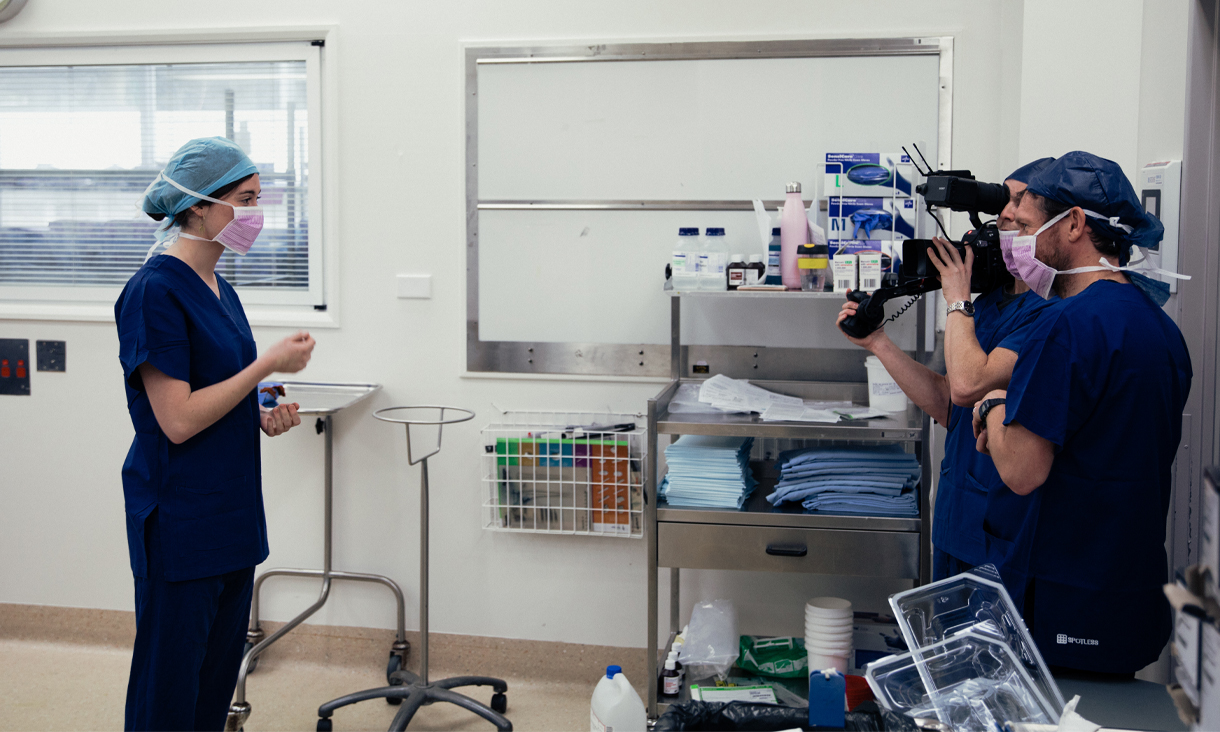 Taking her love of design to the small screen, an RMIT student is co-presenting a show that puts the spotlight on design innovations in Australia. She shares her experience and top tips.

Bachelor of Industrial Design (Honours) student Alè Anastasiou was selected as a presenter for the latest season of Australia by Design – Innovations, as part of a School of Design partnership.

Hosted by TV personality and designer Jamie Durie, the show features amazing innovations and design-led solutions from around the country with the top innovation of the year selected by a panel of expert judges in the eighth and final episode.

Despite the hectic filming schedule, Alè said she was excited to bring her love of design to the Australia by Design Audience.

Here she shares what working on the show has taught her so far. 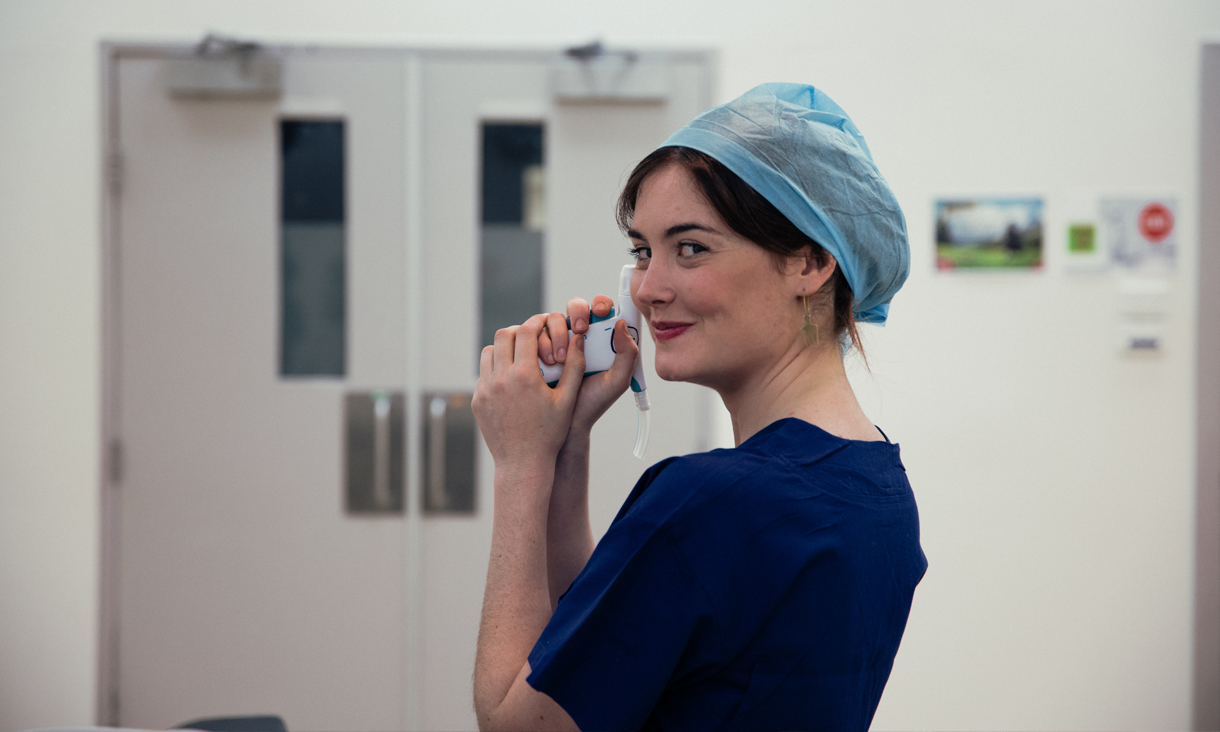 Alè on the Australia by Design set. Photo: Lint Gannon

Although Alè had always had a love for design, she said it was her amazing mentors at RMIT, including Senior Lecturer in Architecture and Design Dr Malte Wagenfeld, and Industrial Design Lecturer Judith Glover, who always encouraged her and inspired her to be more critical about design and the world we live in.

She said it had always been an absolute passion of hers to be a part of the design whirlwind and see creative minds - and hands - at work.

“So when I was approached by RMIT to apply for the presenter role on the show, I couldn't think of a better opportunity,” she said.

It allowed her to build on her passion for design, especially the future of industrial design, in which she saw a real focus on sustainability and efficient design solutions.

Working on a TV show is a great way to be introduced to a surprising range of people.

Alè said she thought she’d mainly be talking to large firms with big budgets and great design facilities – and she did encounter plenty of those.

But the shoots that really stood out for her were with were with families who saw a problem and found a passion within themselves to make a difference, using whatever they had at their disposal.

"I couldn't help but love hearing the stories of parents heading out to Aldi to get their 3D printers for prototyping,” she said.

“It shows you don't always need millions of dollars and a huge team behind you - just an innovative idea and the drive to make it happen.”

A stand-out innovation came from RMIT graduate Ryan Tilley, who invented Gecko Traxx, an accessory that allows wheelchair users to access off-road terrain, from beaches to dirt tracks, as part of his final-year project.

Alè said she hoped to act on the lessons she learned from the inspiring people she met on the show - bringing the same passion, resourcefulness, creativity, energy, conscientiousness and sense of fun into her own work in future. 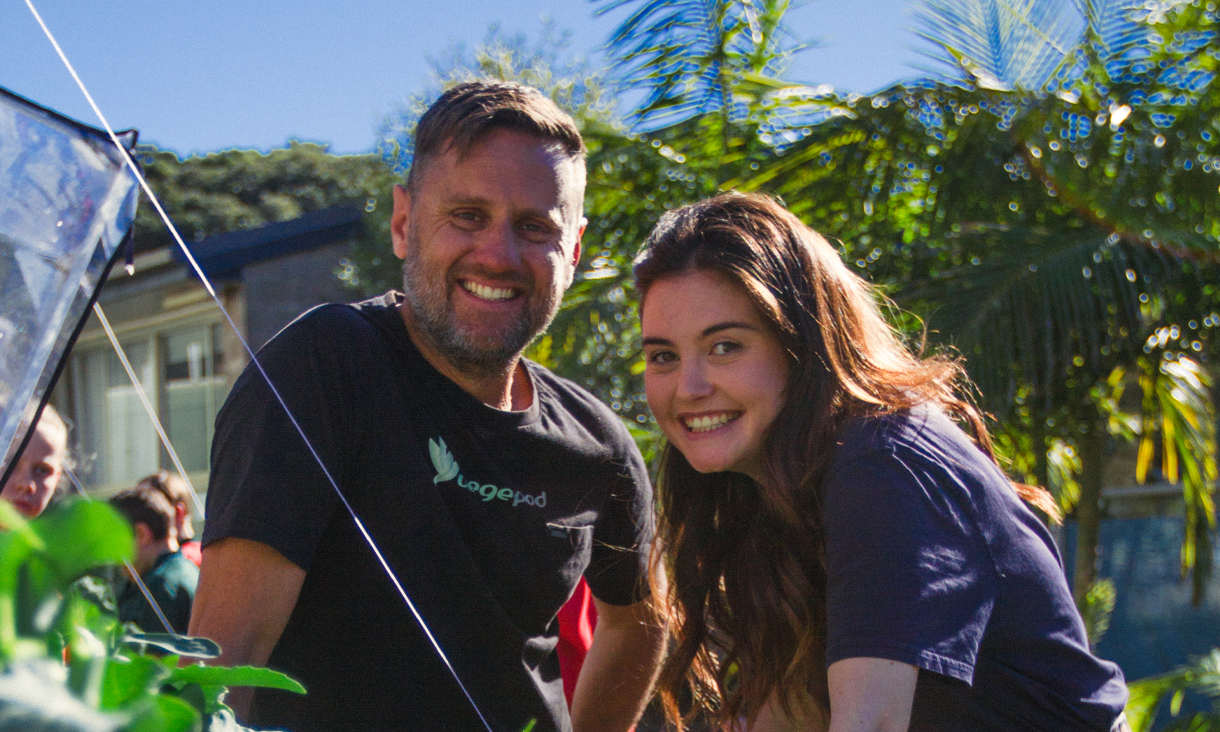 At its most simple, design innovation is about bringing an idea to the market – and these ideas can come from the most unexpected places.

One memorable shoot was with Nanosonics Australia - a medical innovation company that focuses on serious infection prevention, who designed a disenfection chamber that was actually inspired by a bonsai mister.

Alè said it was a reminder to be open to inspiration wherever it may come from – sometimes critical thinking and creativity can link to answer a need most of us didn’t even know we had.

4. Believe in your own abilities

Being a TV host can be stressful – there was a lot more to it than Alè initially thought.

She said it was a long process, with the shoots beginning in May and not wrapping up until October.

"I was heading to shoots in Sydney, which meant catching early flights, and waking up at four in the morning to do my own hair and make-up and make it to the airport in time for interstate shoots that would last up to four days," she said.

It was a tricky balancing act with her full-time study workload, but in the end, Alè said she wouldn’t change a thing. 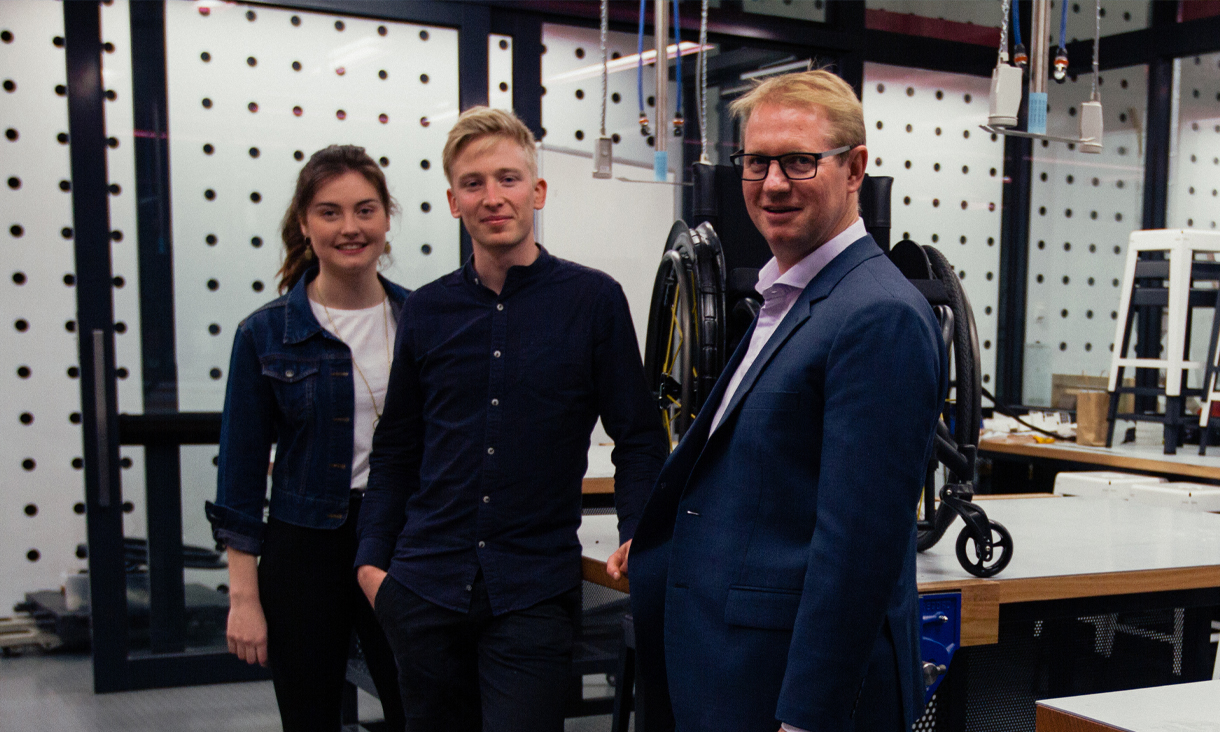 5. Make the most of every experience

Even though she’d never expected that she would be a TV host, Alè learned so much, and couldn't have been happier to get involved in so many new and exciting Australian innovations.

Her favourite part was engaging with the designers, be it head designers from transport giant Kenworth, or a family working on a way to teach their children how to draw.

She said the shoots gave her a chance to listen to the stories behind all of the ideas on the show, hearing what was involved in bringing those ideas to reality was incredibly eye-opening.

"It's one thing to do design work at uni, but to see the different ways it can happen out in the real world is a truly priceless experience.”