Writer and cultural leader Esther Anatolitis has been appointed Honorary Associate Professor in the top ranked School of Art.

Anatolitis brings a wealth of experience to the role as a practitioner and leading thinker on contemporary arts issues.

She is the Executive Director of the National Association for the Visual Arts and Deputy Chair of Contemporary Arts Precincts and has previously held leadership roles at Craft Victoria, Melbourne Fringe, SBS and Regional Arts Victoria.

Dean of the School of Art, Professor Kit Wise, said he was thrilled to welcome Anatolitis to RMIT and have her expertise in the school.

"Esther's standing as a thinker, communicator and agent for change is second to none, resonating strongly with our work on how artistic practices intersect with issues of equity, access and democracy,” he said.

“We look forward to closer collaborations across our teaching, research and engagement agendas, in line with shared values around praxis, alternative ways of knowing and the role of art in global society." 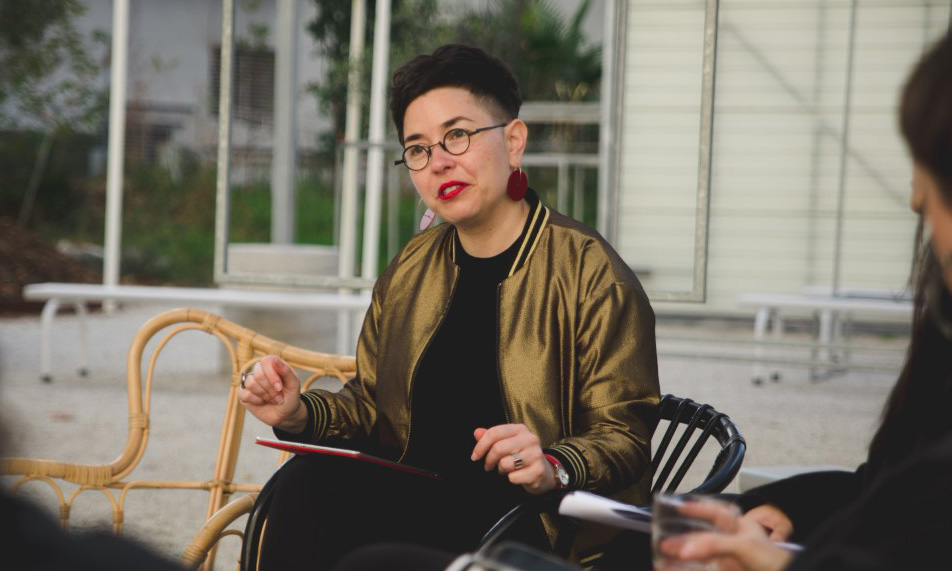 With a strong background in visual arts, design, architecture and media, Anatolitis creates collaborations, projects and workplaces that promote a critical reflection on practice.

One of the nation’s leading advocates for the arts, Anatolitis said she is committed to fostering local, regional, national and international perspectives on contemporary arts issues.

“I’m truly delighted and honoured to be appointed to this role at RMIT, an institution whose people and ambitions I’ve long admired,” she said.

RMIT was ranked first in Australia and 11th in the world for Art and Design in the QS World University Rankings by Subject 2020.

Anatolitis has previously taught in RMIT’s architecture studio program, as well as at UNSW and the University of Sydney. She is also a donor to RMIT’s iconic theatre, The Capitol, and is featured on the interactive donor wall.

She is also a former curator of Architecture+Philosophy, Digital Publics and Independent Convergence, and has served on numerous board and in policy, advisory and juror roles.

A writer and critic, Esther’s work is regularly published and is available online at estheranatolitis.net.

RMIT University has 10 subject areas ranked in the top 100 globally in the latest QS World University Rankings by Subject.