RMIT experts call for rethink of how Australians finance their retirement

RMIT experts call for rethink of how Australians finance their retirement

RMIT economists are calling for a rethink in retirement financing in a new first of its kind report which reveals that more older Australians are using reverse mortgages to pay off debt.

Analysing 15 years of data, RMIT academics from the School of Economics, Finance and Marketing in partnership with Heartland Seniors Finance investigated for the first time how Australians spend the money they receive from their mortgage loans, with a focus on the use of equity release products.

The report, Reverse Mortgages – Financing Ageing in Place found the number of seniors using their residential mortgage loans to pay existing debt is increasing, with 31% of all equity release customers and 51% of new customers using their loan for this purpose.

This is a contrast to the number of people using the money for extra income, which accounted for only 29% of all customers and just 20% of new customers.

The report’s authors say a radical rethink of the how older Australians finance their retirement is needed, as the current way is leaving too many people behind.

The report calls for older Australians to utilise equity release products to access some of the money tied up in the home to finance their retirement.

A more mainstream use of these relatively unknown loan products could help solve the current problem that sees too many Australians – particularly older women – retiring without enough assets to enjoy a reasonable standard of living.

The ‘traditional’ three pillars of retirement funding – pensions, super and private savings, will be inadequate for many retirees, report lead author Associate Professor Stuart Thomas says, especially in the later stages of their retirement.

“The motive to stay in the family as long as possible is strong, but many retirees may not be able to afford to do so comfortably,” Thomas says.

“Equity release products have potential to be a fourth pillar of retirement however, they are not well understood, and the markets are not well developed in Australia.”

Reverse mortgages are one of two types of equity release. They allow a person to borrow money using the equity in the home as security.

According to the government website MoneySmart, seniors at age 60 can generally borrow up to 20% of the value of their home, with the amount accessible increasing to 50% for older borrowers and they can take the money as a regular income stream, line of credit, lump sum or a combination of the three.

Home reversion allows a homeowner to sell a proportion (a 'share' or 'transfer') of the future value of their home, while they  live there. They receive a lump sum and keep the remaining proportion of their home equity. 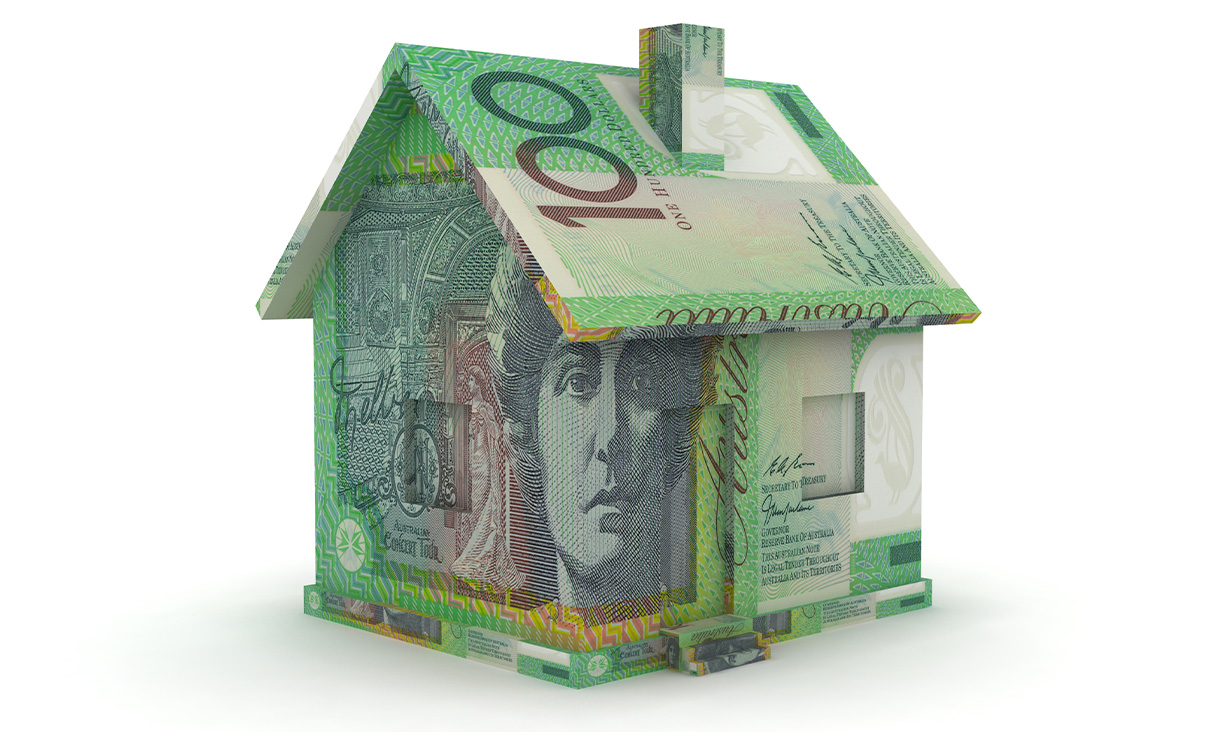 “One of the views that we’ve come to is that innovative financial products should become part of people’s retirement plan early, instead of used in cash flow crises later on in life,” Thomas says.

This is a view that has been cautiously supported by the current federal government, with Prime Minister Scott Morrison recently urging self-funded retirees to access equity release products.

However, before widespread use of equity release is possible, the report authors say a change in attitude about home reversion schemes, and the right way to fund retirement, is required from Australians.

“Our analysis of product usage data shows an increasing use of equity release (and reverse mortgages in particular) to pay out current debt, rather than other uses such as home improvements to allow them to stay in the home longer, or for income support, which is of great concern,” Thomas says, noting that there had been a rise in this type of reverse mortgage during COVID-19.

“There’s a strong motive in Australia to keep your house at all costs, so you can leave it to your children.

“People also often downsize their home later in life, however it seems people think that downsizing is more lucrative than it actually is.

“Transactions costs can mean they free up far less cash than they think they will. Costs like stamp duty and commissions would be large and newer homes in their area attract a premium price.

“As well this, it affects one’s age pension: having a large wad of cash in your account means your pension is reduced."

Older generations have a strong sense of connection to the age pension, and won’t forego pension entitlements even if it’s better for them in the long term, Thomas says, therefore more education is needed for equity release to be a successful fourth pillar of retirement in Australia.

“Australia has a high rate of home ownership and for many, superannuation and the age pension will not be enough to support them comfortably in late retirement.

“A better understanding of equity release as a viable option for can lead to better quality of life for many retirees.”

There is also the issue of heavy regulation in the equity release industry, which according to the co-authors of the report, currently poses major barriers to entry in the industry.

“It is difficult for new providers to come into market from regulatory a point of view,” Thomas says.

“There exists a disjointed regulation environment between the states and the federal government, with different bodies conflicting with each other.

“New providers have to operate within a small jurisdiction like a state or face huge costs and delays to operate nationally.

“Equity release can be an answer for many retirees, but more education and an openness by regulators to new products and providers is needed in order to create the demand and supply needed to make this industry a viable fourth pillar in retirement funding.”

You can read the full report here.