Australia’s Indigenous languages must be revitalised

Australia’s Indigenous languages must be revitalised

Australia is home to the world’s oldest living culture, yet our Indigenous languages are critically endangered. The complex work of recovery and revitalisation is crucial.

Dr Vicki Couzens, prominent Indigenous artist and RMIT researcher, is working with others in her community to revitalise her people’s languages and respond to the deep Aboriginal community desire for reconnection to cultural knowledge and practice.

“Australia is one of the highest ‘hotspots’ in the world for the decline in the use and transmission of Indigenous languages, but there is a shift in society now and a growing interest in our languages," Couzens, a Vice-Chancellor’s Indigenous Research Fellow, says.

“There’s a real hunger for culture, arts and history and Aboriginal language is central to that.” 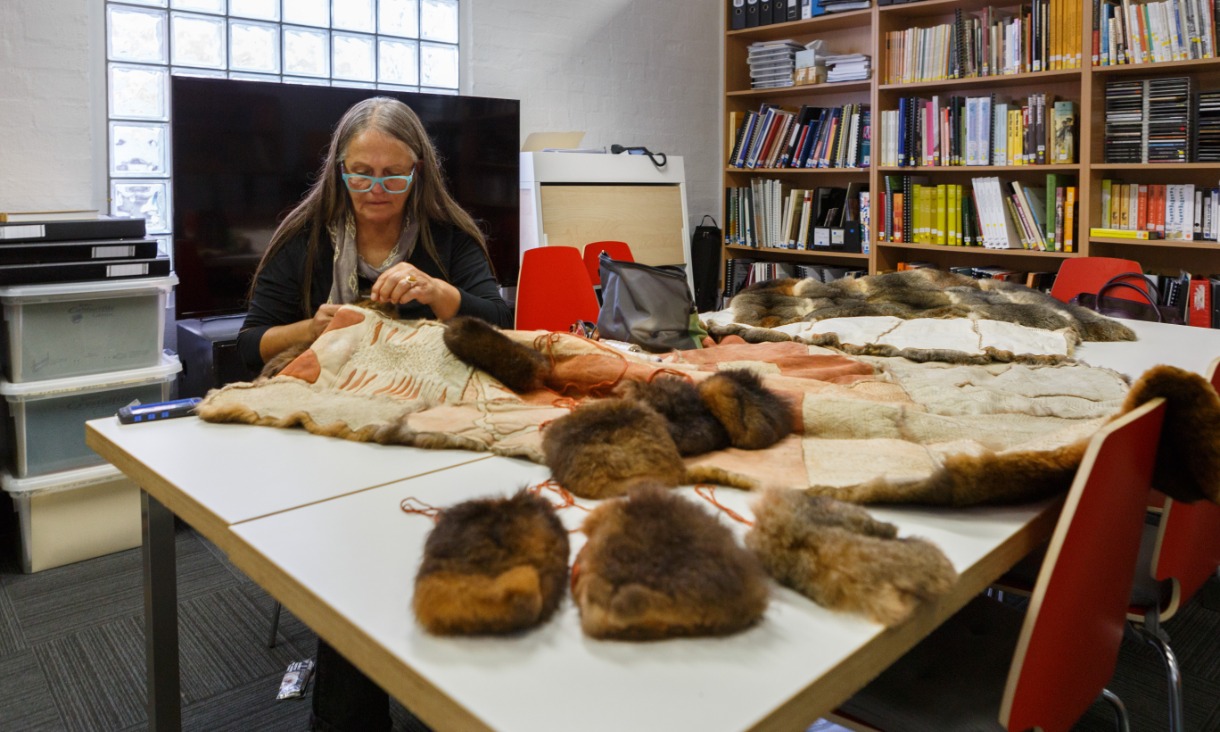 Dr Vicki Couzens, prominent Indigenous artist and RMIT researcher, is working with others in her community to revitalise her people’s languages. Photo courtesy of Australia Council for the Arts.

Couzens says all Aboriginal languages are endangered because of the interruption of trans-generational transmission following the oppressive impacts of colonisation.

“Only around 12 languages in Australia are considered ‘strong’, and we’re down to a handful of older speakers, or none,” she says.

“In Victoria only 2-3 languages have living speakers, the rest of our languages need to be revitalised back into ‘living’ in everyday life in our communities.”

Couzens feels the time is ripe to rectify this but it’s a complex process and needs resourcing.

“Historically with colonialism, people weren’t allowed to practice culture, in fact people were punished for speaking language,” she says.

“While you’re trying to survive and stay alive, you don’t always have the capacity or resources to actively maintain your cultural knowledge or practices.

“But we are not being punished or beaten like our grandparents for speaking our languages now.

“Now that things like housing and services are being addressed, there is more time for people to undertake the work in revitalising our languages.

“There’s a really huge language revolution going on and a lot of opportunities for learning and sharing. People are working keenly and with great dedication to revitalise our languages.

Language revitalisation must start in communities

While there has been a growing interest in Indigenous languages from state and federal governments and sometimes a push to teach them in schools, Couzens says the revitalisation must begin in local Indigenous communities.

“We need the backing and resources to teach our languages in our communities first, before going to schools or the wider community to share and learn,” she says.

“I read that we spend around $50 million on wine exports in Australia, but only $20 million on Indigenous arts and languages. This needs to change.”

The importance of keeping the languages alive is obvious to Couzens.

“Language is so deeply connected to who you are as a person, it is your belonging,” she explains.

“There is published evidence that language is essential to people’s wellbeing. We know it is a repository of all your knowledge and a vital part of your identity.”

An essential and complex part of Australia’s culture

Language revitalisation is a complex process that takes dedication and passion.

“People start looking at historic information in communities as well as talking to Elders. This may include place names and historical records, but you soon realise language was passed on orally and those records need to be translated back into our cultural and ontological knowing,” Couzens says.

“You have to understand that those who wrote it down are all different and from a range of cultures. They may have been artists, landowners and local station owners making word lists, with no standardised spelling system. So, using these records requires analysis and ‘redreaming’

“How do you translate some concepts and the semantics of a particular word that would take a paragraph in English to explain its meaning? How do you make sure things aren’t lost in translation?”

Couzens gives the example of a single word in her language (Keerray Wooroong), ‘koorokeeyarr’ that means the yellow crescent on the horizon at dusk and dawn.

“We don’t see a separation of language, land and body - it’s all connected,” she says.

“Take the River Red Gum – in our language it has a comprehensive meaning, encompassing canoes, birthing trees, food like a supermarket, possums and seasons.”

“There is also a huge amount of local ecological burning and environmental knowledge embedded in the language and this is of huge benefit to everyone.”

Couzens is actively involved with the Victorian Aboriginal Corporation for Languages (VACL), established 26 years ago.

“VACL members have spent a lot of time researching Aboriginal languages, largely through self-learning,” she says.

“Our languages have historically been regarded as anything from extinct to sleeping and everything in between, in terms of western viewpoints.

“Language has not been part of any strategic plans or policies in this state, not even a dot point until recently!

“VACL is actively working towards gaining legislation and policy in Victoria, a vital step towards revitalisation.”

Couzens is also working on a language immersion project to create speech in families for her own Keerray Wooroong language Group of the Gunditjmara Nation.

“There is a heartfelt desire to speak our own languages, but we still don’t have fluent speakers - that will take a lot of commitment and dedication,” she says.

“We need to keep asking ‘how can we all belong, coexist, repair and heal into the future?’,” Couzens says.

“Our Indigenous languages can be celebrated by everyone as our shared story.

“For our communities, keeping our languages alive is vital for wellbeing, wholeness and connectedness to who we are.

“Our culture is a living thing. We are reclaiming it, regenerating it and reinvigorating it.”

“Where Indigenous ways of knowing, building and architecture meet”

As Australia’s native food industry develops, an RMIT researcher is working with local communities and government to help make it an Indigenous-led industry.

“That’s how you bring change to the world, it starts with yourself”

To mark National Reconciliation Week, we speak with a Boon Wurrung elder who shares her thoughts on change, working with inspirational younger generations and her hopes for the future.

Spending time on Country with a Kirrae Whurrong Elder is proving life changing for RMIT architectural students as they develop an understanding of Indigenous-led design principles.